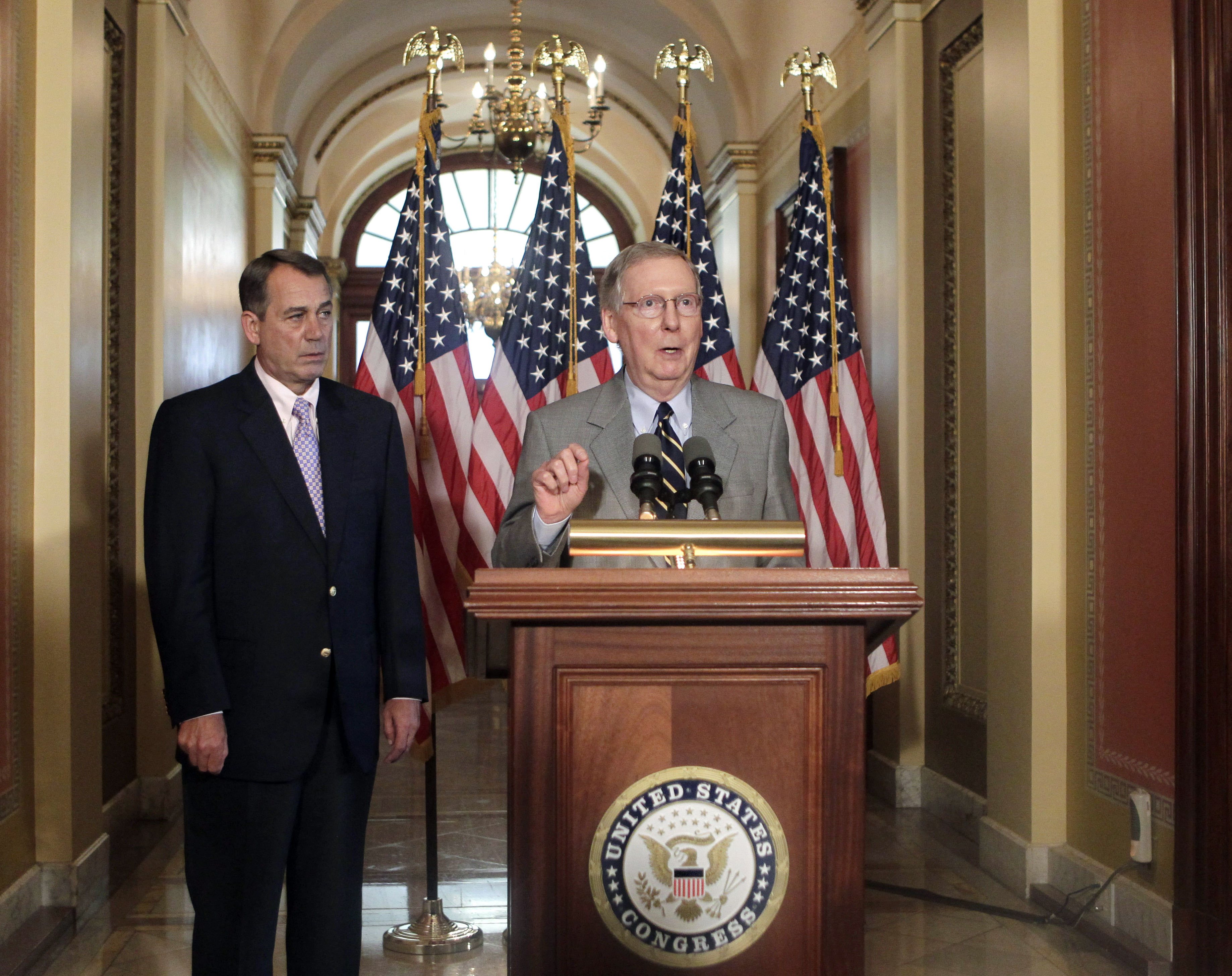 Negotiations over raising the nation's debt limit seem as intractable as ever, but congressional leaders, both Democratic and Republican, expressed some optimism today that they'd reach a deal before the August 2 deadline.

Yet after the House vote, Reid said that he was hopeful he'd get some cooperation from some of those 43 Republicans who signed the letter.

"A number of them have already agreed to work with us," Reid said. "Whether it bears fruit, we will see."

Reid called his bill "the only game in town" but expressed optimism it could pass. "We can do this," he said.

After his remarks, Reid headed to the White House where he and House Democratic leader Nancy Pelosi were slated to update President Obama on the negotiations.

Meanwhile, Senate Republican Leader Mitch McConnell, who has previously criticized the president for not being engaged enough, said he spoke this afternoon with both Mr. Obama and Vice President Joe Biden.

"We are now fully engaged with the one person in America... who can sign a bill into law," he said. He said he is "confident and optimistic we're going to get an agreement in the very near future and resolve this crisis."

That said, McConnell called Reid's insistence on pushing his bill a "spectacle." The Senate is slated to take a procedural vote on Reid's bill at 1 a.m. on Sunday morning, even though the House rejected it.

"You have the majority in effect refusing to accept a vote on their own proposal," McConnell said. "We know the Reid proposal will not pass the Senate. It will not pas the House. We ought to end that charade and get serious."

House Speaker John Boehner agreed that his own proposal, which passed in the House after intense negotiations to get conservatives on board, was the only "reasonable, responsible approach."

But like McConnell, Boehner expressed optimism about reaching a deal.

"In spite of our differences, I think we're dealing with reasonable, responsible people who want this crisis to end as soon as possible," he said.

Congress has just days left to raise the $14.3 trillion debt ceiling, the legal limit the U.S. can borrow. If the limit isn't raised by August 2, the Obama administration and others have warned, the U.S. risks defaulting on its loans or neglecting other significant financial obligations, and sending the global economy into a tailspin.

"Our country isn't going to default for the first time," McConnell said. "We now have a level of seriousness with the right people at the table."