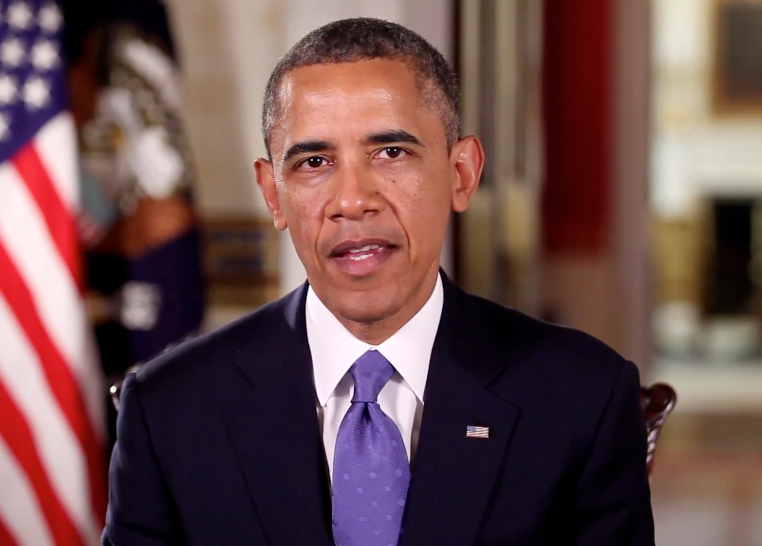 WASHINGTON When President Obama arrives in Africa this week, there will be one notable omission from his travel itinerary: Kenya, the birthplace of his father and home to many of his relatives.

Concerns about Kenya's political situation have trumped Mr. Obama's family ties. Kenya's new president is facing charges of crimes against humanity in the International Criminal Court, accused of orchestrating the violence that marred the country's 2007 election.

Ahead of Uhuru Kenyatta's victory earlier this year, a top Obama administration official warned Kenyans that their "choices have consequences" -- a remark that now appears prescient given Mr. Obama's decision to skip a stop in his ancestral homeland.

"The optics of that, of a presidential trip, are not what he wants to be demonstrating right now," said Jennifer Cooke, Africa director at the Center for Strategic and International Studies.

The president will instead visit Senegal, South Africa and Tanzania, all countries that fit more neatly into the democracy and good governance message he'll tout during his weeklong trip. Mr. Obama, along with first lady Michelle Obama and daughters Malia and Sasha, is scheduled to depart Washington Wednesday morning.

The White House did consider a visit to Kenya when it contemplated an African swing during the president's first term, before Kenyatta's election. That trip never happened, but Mr. Obama pledged that he would, in fact, visit Kenya before leaving office.

"I'm positive that, before my service as president is completed, I will visit Kenya again," he said in a 2010 interview with Kenya's state broadcaster.

White House officials say they respect the right of Kenyans to choose their own leaders. But deputy national security adviser Ben Rhodes said the U.S. also has "a commitment to accountability and justice."

"Given the fact that Kenya is in the aftermath of their election and the new government has come into place and is going to be reviewing these issues with the ICC and the international community, it just wasn't the best time for the president to travel to Kenya," Rhodes said.

Kenya's government has been muted in its response to the president's decision to leave the county off his itinerary.

"It's for the Americans to decide where Mr. Obama goes," spokesman Muthui Kariuki said. "There are 54 nations on the African continent and he's only visiting three, so I don't see the real big deal about not going to Kenya."

But Sam Ochieng, a political activitist who lives in Kibera, Nairobi's largest slum, said the U.S. president was sending a message about Kenya's political problems by putting democratic values ahead of his personal connections.

"It would be a shame for an American president to come to Kenya and shake dirty hands," Ochieng said.

By now, Mr. Obama's ties with Kenya are a well-known part of his unique family history. Barack Obama, Sr. was born in the western Kenyan village of Kogelo, moved to the U.S. to study, and met and married the president's mother in Hawaii. He left the family soon after his son was born.

Mr. Obama made his first trip to Kenya in 1988, after his father's death, and wrote extensively about the visit in his memoir, "Dreams From My Father."

"My name belonged and so I belonged, drawn into a web of relationships, alliances and grudges that I did not yet understand," he wrote.

The president visited Kenya two more times, most recently in 2006 as a freshman senator. He was greeted by cheering crowds in the capital of Nairobi and in Kogelo, where he spent time with his grandmother and visited his father's grave. He and wife Michelle also publicly took HIV tests, part of their campaign at the time to reduce the stigma surrounding the virus.

But Mr. Obama's nationally televised speech criticizing the government for failing to curb corruption or instill trust in its people earned him a cold shoulder from Kenya's leadership. Kenya's presidential spokesman said at the time that Mr. Obama was ignorant of Kenyan politics and had yet to form an understanding of foreign policy.

Kenya is an important strategic partner for the U.S. in East Africa. But the recent election has complicated the relationship.

Johnnie Carson, who until April served as head of the State Department's Africa bureau, said in the lead-up to this year's election that "choices have consequences," a comment that was viewed as a warning against electing Kenyatta. His remarks were widely criticized as an inappropriate intrusion into a sovereign nation's elections.

Kenyatta, the son of the country's first president, has been charged by the ICC as an "indirect co-perpetrator" in the crimes of murder, deportation, rape, persecution and inhumane acts allegedly committed by his supporters in the aftermath of the 2007 elections. He insists he is innocent of any wrongdoing.

More than 1,000 people were killed in the ethnic violence that followed the flawed 2007 contest.

The ICC has pushed back the start of Kenyatta's trial until Nov. 12. Kenyan deputy president William Ruto will also face similar charges at the international court in September.