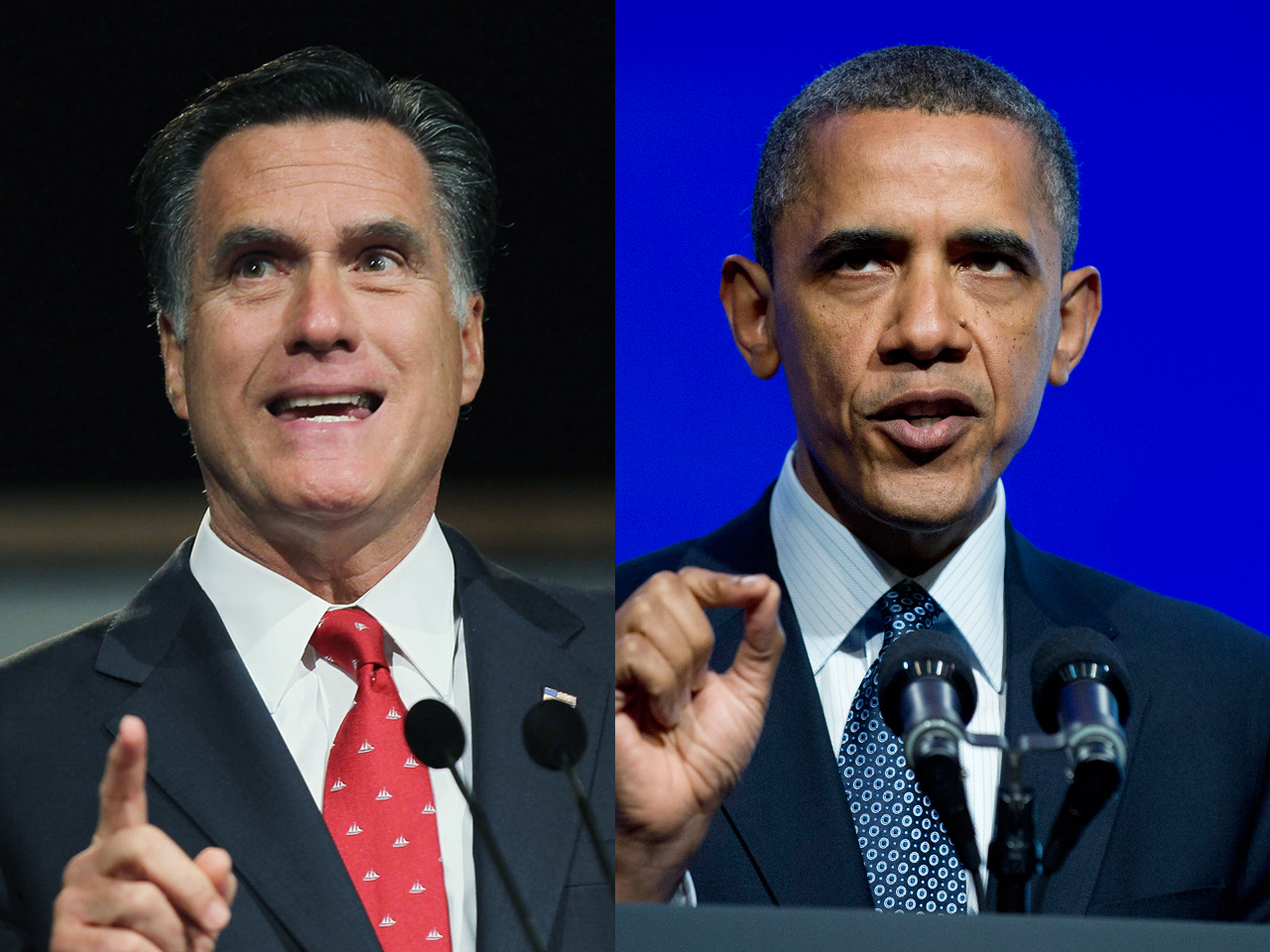 Mitt Romney has closed the gap with President Obama among registered voters, a CBS News/New York Times poll released Wednesday found, putting the former Massachusetts governor in a dead heat with the president for the White House.

Mr. Obama and Romney each received support from 46 percent of registered voters when asked who they would vote for if the election were held today. In March, a CBS News/New York Times survey found that Mr. Obama held a slight advantage over Romney of 47 percent to 44 percent.

The poll was conducted between last Friday and Tuesday, days after former Pennsylvania Sen. Rick Santorum suspended his campaign, effectively making Romney the presumptive nominee to take on the president in the fall. Texas Rep. Ron Paul and former House Speaker Newt Gingrich remain in the race but face Romney's all-but-insurmountable lead in delegates and fundraising ahead of the Republican convention this summer in Tampa, Fla.

Following the end of Santorum's bid for the presidency, Republican primary voters have rallied behind Romney, with 54 percent saying they want him to lead Republicans into the fall campaign season. That's a significant difference from March, when only 30 percent wanted him to be the nominee. (At left, CBS News political director John Dickerson discusses the poll on "CBS This Morning.")

Gingrich was preferred among 20 percent of Republican primary voters; Paul received support from 12 percent. Nine percent picked "someone else." When asked if Santorum should have suspended his campaign, 63 percent of those polled said yes; 30 percent said no.

Still, many Republicans expressed lukewarm feelings toward Romney, with 40 percent of primary voters having reservations about him compared with 33 percent saying they supported him "enthusiastically." In January, the last time a CBS News/New York Times survey asked primary voters about Romney, 28 percent said they supported him enthusiastically and 38 percent had reservations.

Among Republicans with reservations of Romney are primary voters who identified themselves as white evangelicals, conservatives and supporters of the tea party movement. Half of white evangelicals told pollsters that they had reservations about Romney over the 27 percent who supported him enthusiastically. Romney received enthusiastic support from more than a third (36 percent) of conservatives and tea party backers; however, 41 percent have reservations about him.

Although evangelicals were some of Santorum's strongest supporters, 52 percent of those polled agreed that he did the right thing to bow out of the race.

UPDATE, 6:30 P.M. Eastern Time: More findings have now been released from the poll. Among them:

Underwater favorability: Neither candidate has a net positive favorable rating. Mr. Obama is viewed favorably by 42 percent of registered voters, while 45 percent view him unfavorably; 13 percent are undecided or haven't' heard enough. Romney is seen favorably by 29 percent and unfavorably by 34 percent; 37 percent did not weigh in either way.

Mr. Obama's job approval rating has recovered from a dip last month, when it was 41 percent, and now stands at 48 percent. Forty-two percent disapprove. He is viewed particularly negatively when it comes to his handling of the housing market, where he has just 36 percent approval, and on gas prices, where he stands at just 24 percent.

The 2010 health care law: The sweeping health care law now being considered by the Supreme Court continues to be viewed skeptically. Forty-seven percent disapprove of the law, while just 39 percent approve. The numbers have held relatively steady since 2010.

Just 23 percent say the Supreme Court, which is scheduled to rule on the law in June, should uphold it completely. Twenty-nine percent want the individual mandate to be overturned but the rest of the law kept in place; 37 percent want the entire law overturned.

This poll was conducted by telephone from April 13-17, 2012, among 957 adults nationwide. 852 interviews were conducted with registered voters, including 268 with voters who said they plan to vote or already have voted in a Republican primary. Phone numbers were dialed from samples of both standard land-line and cell phones. The error due to sampling for results based on the entire sample could be plus or minus three percentage points. The margin of error for the sample of registered voters could be plus or minus three points and six points for the sample of Republican primary voters. The error for subgroups may be higher. This poll release conforms to the Standards of Disclosure of the National Council on Public Poll.
View CBS News In
CBS News App Open
Chrome Safari Continue