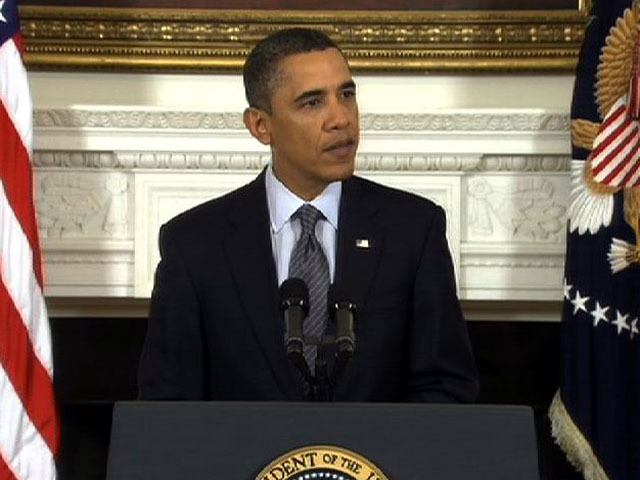 President Obama has sent a message to Egyptian President Hosni Mubarak urging him not to run for re-election, the New York Times reports, citing U.S. diplomats in Cairo and Washington.

The statement, which the Times reports was delivered by former diplomat Frank G. Wisner, would represent the hardest line taken by the administration against Mubarak over the course of eight days of protests in Egypt.

The news comes on a day when at least a quarter million people joined a protest against the longtime Egyptian leader in Cairo. Egyptian state television says Mubarak plans to address the nation later Tuesday, and Al-Arabiya is reporting there are unconfirmed reports that he would say he will not be running in the next presidential elections, which are slated for September.

Previously, the administration has called for an "orderly transition" to a more democratic, open government, but had not weighed in publicly on whether Mubarak should be a part of that government.

On Monday, House Press Secretary Robert Gibbs said the U.S. will not take sides in the crisis, adding that it is "not for me or our government to determine" whether Mubarak should leave office.

Complete Coverage: Anger in the Arab World
Live Blog Day 8: Crisis in Egypt
After Egypt, How Will the Dominoes Fall?

Gibbs said the United States is "not picking between those on the street and those in the government."

"I do believe orderly transition means change," Gibbs added. "And what we've advocated from the very beginning is that the way Egypt looks and operates must change. That's why we believe we should increase the amount of freedom that is had by the Egyptian people on association, on assembly, on speech, on Internet, and open communication. "

"I don't think that people that seek greater freedom are looking for somebody else to pick what and how that change looks like," he said.

Update 5:45 p.m. ET: Mubarak announced late Tuesday afternoon that he wouldn't run for reelection this year. President Obama will make a statement later tonight about the developments.  The White House said Mr. Obama watched Mubarak's speech in the White House Situation Room during a meeting with his foreign policy team.