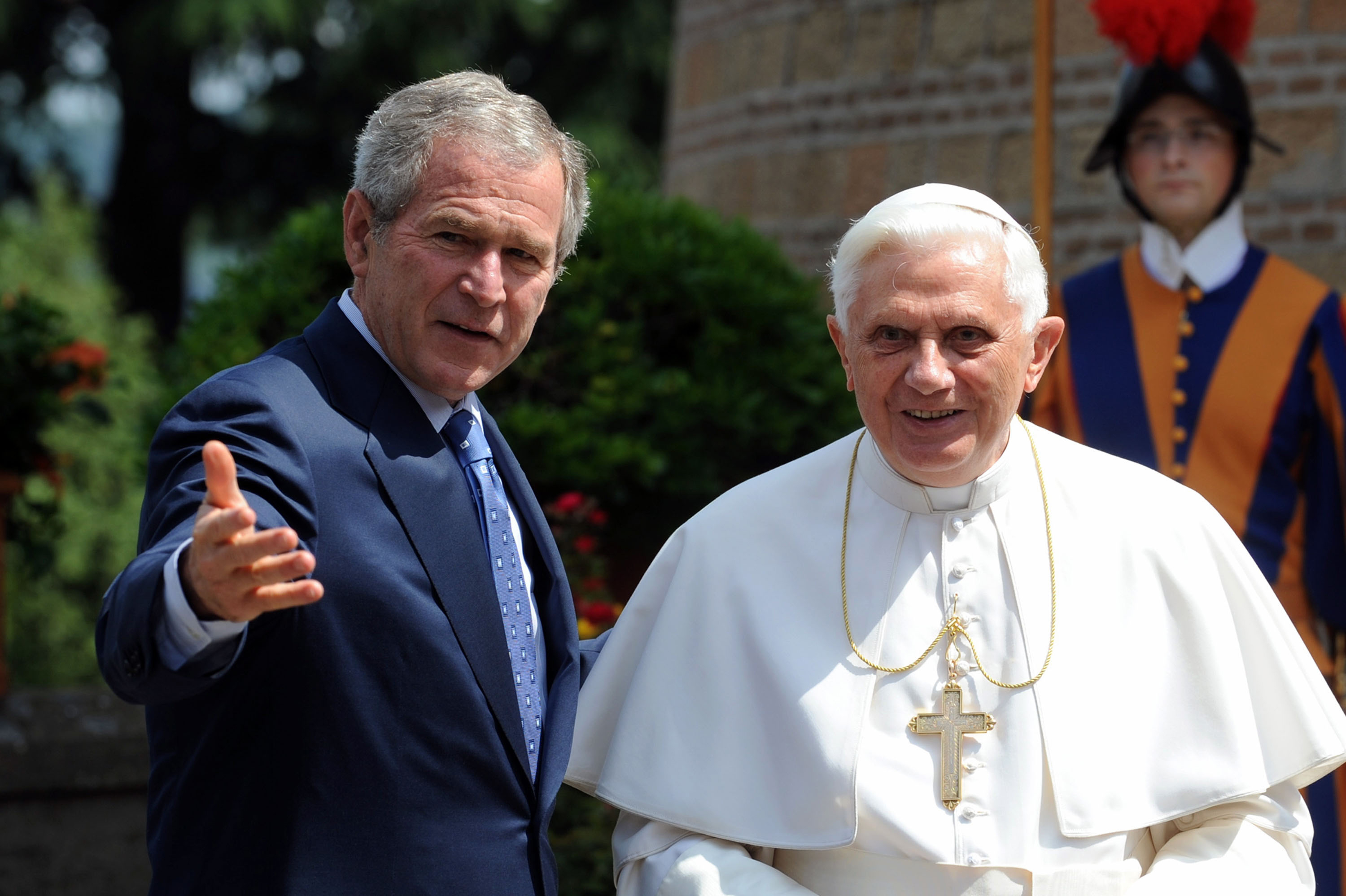 President Obama and Pope Francis' Vatican meeting Thursday is the 28th time that a sitting American president has met with a pope. It's a relationship that took more than a century to establish, CBS News' Bill Plante noted.

Woodrow Wilson was the first American president to visit a pope back in 1919. He met with Pope Benedict XV after the two had already exchanged several letters regarding World War I. However, it would be 40 years before another president would visit the Vatican.

When President Eisenhower made his trip to Rome in 1959, there was still strong anti-Catholic sentiment in the U.S. -- something President John F. Kennedy encountered as a candidate, and which prompted a famous speech to a group of protestant ministers. Kennedy said in September 1960, "I am not the Catholic candidate for president. I am the Democratic Party's candidate for president, who happens also to be a Catholic."

When President Kennedy did meet with the Pope Paul VI in 1963, he shook hands rather than kiss his ring, which was then the customary practice for Roman Catholics.

Every president since Eisenhower and Kennedy has made the trip to Rome, with mixed results.

Pope John Paul II became a strong ally for President Reagan during the Cold War, lending his moral authority to the fight against communism, but John Paul admonished President George H.W. Bush over the U.S.-led war in Iraq in 1991, and then did the same to his son, President George W. Bush, over the second Iraq war.

For President Obama, this is his second trip to the Vatican. He and Mrs. Obama met with Pope Benedict XVI in 2009, during which the pope pressed the president on the issues of abortion and stem cell research.

While there was talk of policy differences today, there is a little more personal common ground for President Obama and Pope Francis. Both made history when elected - Obama as the first African-American president and Francis as the first Latin-American pope. Both started off on a wave of popularity. But while President Obama's approval numbers have dropped, Pope Francis' numbers continue to ascend, which is another reason this visit could be a boon for the American president.

"Generally, presidents are looking to curry the favor of the man that is a spiritual leader of tens of millions of Americans. They're also meeting someone who's a head of state who has a lot of diplomatic power in the world," Candida Moss, a professor of theology at the University of Notre Dame, said.

Though it may never be known what President Obama and Pope Francis talked about in private, Plante pointed out the Vatican radio may have hinted at the topics discussed -- noting the controversy over health care in the U.S. regarding requiring mandatory coverage of contraception and abortion and other issues, such as same-sex marriage.

A CBS News poll released Thursday finds American Catholics seem to like the changes that the pope is making. The poll shows 48 percent of U.S. Catholics believe their church is "in touch" with their needs. It is the first time the poll has ever found more people saying the Church is more "in touch" than "out of touch."

Serena Williams on why the word "retirement" isn't a good fit for her
Thanks for reading CBS NEWS.
Create your free account or log in
for more features.
View CBS News In
CBS News App Open
Chrome Safari Continue
Be the first to know
Get browser notifications for breaking news, live events, and exclusive reporting.