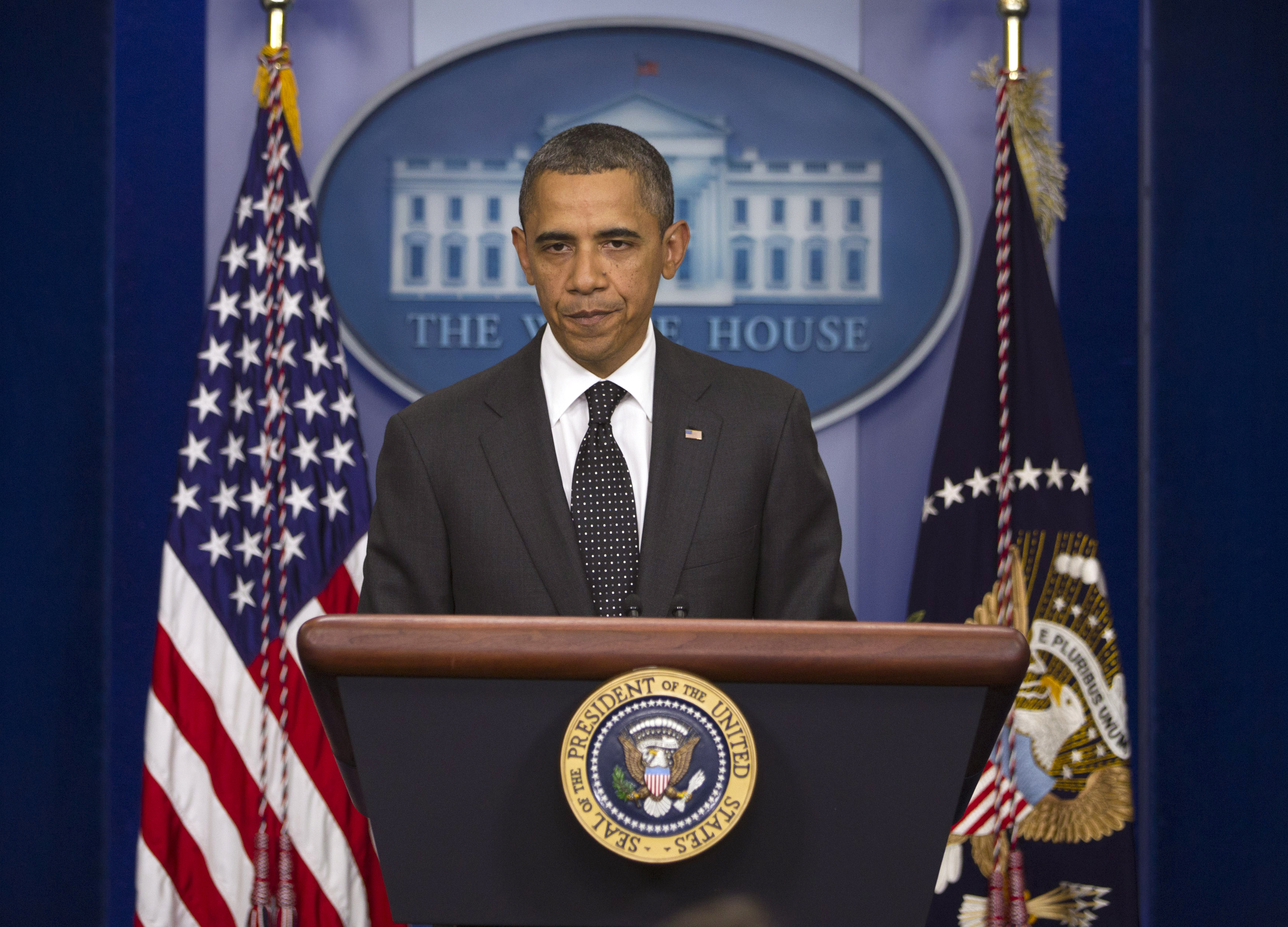 President Obama is promising to veto any effort to undo the automatic spending cuts that are set to take effect now that the congressional supercommittee has announced its failure to strike a deal to cut $1.2 trillion from the deficit over the next 10 years.

"There will be no easy off ramps on this one.," he added. (watch at left)

The president's statement came about an hour after the chairs of the bipartisan supercommittee, Sen. Patty Murray, D-Wash., and Rep. Jeb Hensarling, R-Texas., officially announced that they would be unable to reach a deal, citing an inability to bridge "significant differences."

"After months of hard work and intense deliberations, we have come to the conclusion today that it will not be possible to make any bipartisan agreement available to the public before the committee's deadline," said Hensarling and Murray in a joint statement.

Some in Congress want to undo those cuts, particularly to defense spending, but Mr. Obama said he would not accept that. He called on Congress to come up with a deal in the next year to avoid that.

"One way or another we will be trimming the deficit by a total of at least $2.2 trillion over the next 10 years," he said. "The only way these spending cuts will not take place is if Congress gets back to work and agrees on a balanced plan to reduce the deficit by at least 1.2 trillion dollars. That's exactly what they need to do."

Mr. Obama called on Congress to come up with what he called a "balanced" plan that includes both spending cuts and tax increases, and he blamed Republicans for the supercommittee's inability to strike a deal.

"They continue to insist on protecting $100 billion worth of tax cuts for the wealthiest 2 percent of Americans, at any cost, even if it means reducing the deficit with deep cuts to things like education and medical research, even if it means deep cuts in Medicare," he said. "So at this point at least, they simply will not budge from that negotiating position. And so far, that refusal continues to be the main stumbling block that has prevented Congress from reaching an agreement to further reduce our deficit."

Meanwhile, Republicans blamed the president and Democrats for the failure of the supercommittee.

"The Supercommittee's failure is a direct result of President Obama's negligence and Democrats' intransigence," RNC chair Reince Priebus said in a statement. "Over the last four months, Republicans on the Joint Select Committee on Deficit Reduction worked around the clock to offer multiple proposals that would have broad bipartisan appeal. While Republicans were at the table negotiating in good faith, President Obama continued to prioritize campaigning over governing."

By pledging to veto changes to the automatic cuts, Mr. Obama says he's trying to pressure Congress to come up with a deal in the next year.

"We need to keep the pressure up to compromise, not turn off the pressure," he said. "Although Congress has not come to an agreement yet, nothing prevents them from coming up with an agreement in the days ahead."

Commentary: Supercommittee failure gives both sides what they want
View CBS News In