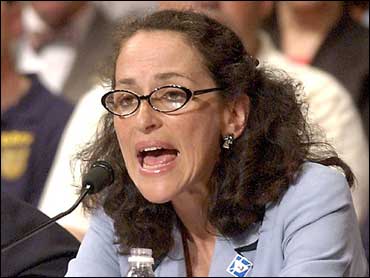 Hamburg and Baltimore Health Commissioner Joshua Sharfstein have been talked about for weeks as the leading candidates for the top two spots at the agency, with Sharfstein as Hamburg's deputy commissioner.

On Wednesday, a person close to Hamburg said that announcement was imminent. The person spoke on condition of anonymity because there was no White House confirmation. Spokesmen for the White House and the Health and Human Services Department declined to comment on the nomination.

The two physician-outsiders will be tasked with restoring credibility to an agency that has suffered a string of failures such as repeated food recalls - including the massive salmonella outbreak in peanut products.

Hamburg, 53, is a well-known bioterrorism expert who served as an assistant health secretary during the Clinton administration and helped lay the groundwork for much of the government's bioterrorism preparations and pandemic flu planning.

But she may be best known as the chief health officer of the nation's largest city during the early 1990s, when she designed a program that cut high rates of drug-resistant tuberculosis, supported needle-exchange to cut the spread of the AIDS virus and helped introduce smoking restrictions.

Sharfstein, 39, is a pediatrician who has been outspoken in efforts to improve oversight of children's cold and flu medications. Before becoming Baltimore's health chief in 2005, he served as health policy adviser to Rep. Henry Waxman, D-Calif., a congressional health leader.

Neither is steeped in the drug-approval process that is FDA's best-known function. But public health specialists had been pushing for outsiders who could bring a conflict-free perspective to an agency that struggles to balance the need for new treatments with ensuring that they're as safe as possible. Several praised the choices, first reported by The Wall Street Journal.

"What this to me represents is leadership at the Food and Drug Administration that will keep the public health first and foremost in mind," said Dr. Harvey Fineburg, president of the prestigious Institute of Medicine. He called Hamburg "a person committed to the public well-being, and that's the value you really want represented at the FDA."

The FDA was seen as drifting during the Bush administration, going long periods without a permanent commissioner who could be an advocate before Congress. Lawmakers piled new responsibilities on the agency, often without the funds to carry them out.

"You've got an organization that's demoralized and one that wants to enhance its scientific integrity," said Dr. Georges Benjamin of the American Public Health Association. "She's all about integrity and science. ... She can be tough when she needs to be, and she's going to need to be real tough in that job."