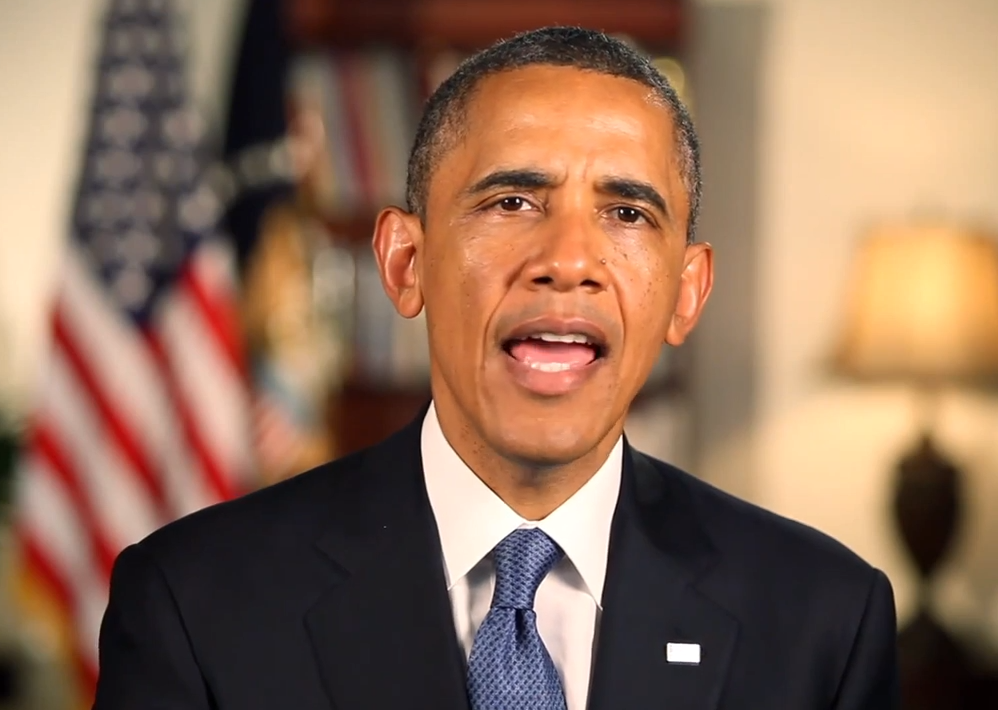 President Obama again urged Congress to pass immigration reform in his weekly address on Saturday, saying there's "no reason" lawmakers can't come together to put a bill on his desk by "the end of the summer."

The president commended the work being done in the Senate, where a bipartisan "gang of eight" senators has authored a compromise bill that would, broadly speaking, strengthen border security, crack down on employers who hire undocumented workers, modernize the legal immigration system, and provide an earned pathway to citizenship for many of the estimated 11 million undocumented immigrants living in the United States.

"The bill before the Senate isn't perfect," Mr. Obama said on Saturday. "It's a compromise. Nobody will get everything they want - not Democrats, not Republicans, not me. But it is a bill that's largely consistent with the principles I've repeatedly laid out for common-sense immigration reform."

"That's what immigration reform looks like. Smarter enforcement. A pathway to earned citizenship. Improvements to the legal immigration system. They're all common-sense steps," he continued. "They've got broad support - from Republicans and Democrats, CEOs and labor leaders, law enforcement and clergy. So there is no reason that Congress can't work together to send a bill to my desk by the end of the summer."

The Senate has been steadily moving forward on its own proposal, officially beginning a floor debate on the bill on Friday. Senate Majority Leader Harry Reid, D-Nev., has said he expects to hold a vote on final passage by July 4.

On Thursday, Reid brushed aside suggestions that he is rushing the process. "Everybody knows pretty much what this bill is about," he said. "No one can complain about not having had time to read the bill. They've read it, they've studied it and there's no reason we can't finish this debate quickly."

Sen. Marco Rubio, R-Fla., a key member of the "gang of eight," has warned that the floor debate must result in a strengthening of border security provisions in the bill if it hopes to pass muster among conservatives on in both chambers of Congress.

In the House, members of a separate bipartisan group of eight lawmakers announced on Wednesday that they had "found a way forward" on their own immigration reform proposal.

One of the lawmakers participating in the House discussions, however, officially parted ways with the bipartisan working group, citing concerns about health care for undocumented immigrants.

"The agreement when I first joined [the bipartisan group] was aliens have to pay for their own health care," Rep. Raul Labrador, R-Idaho, told reporters. "Now that has changed."

In his address on Saturday, the president recognized that many hurdles lie ahead for proponents of immigration reform but called on lawmakers to forge ahead regardless. "We know the opponents of reform are going to do everything they can to prevent that," he said. "They'll try to stoke fear and create division. They'll try to play politics with an issue that the vast majority of Americans want addressed. And if they succeed, we will lose this chance to finally fix an immigration system that is badly broken."