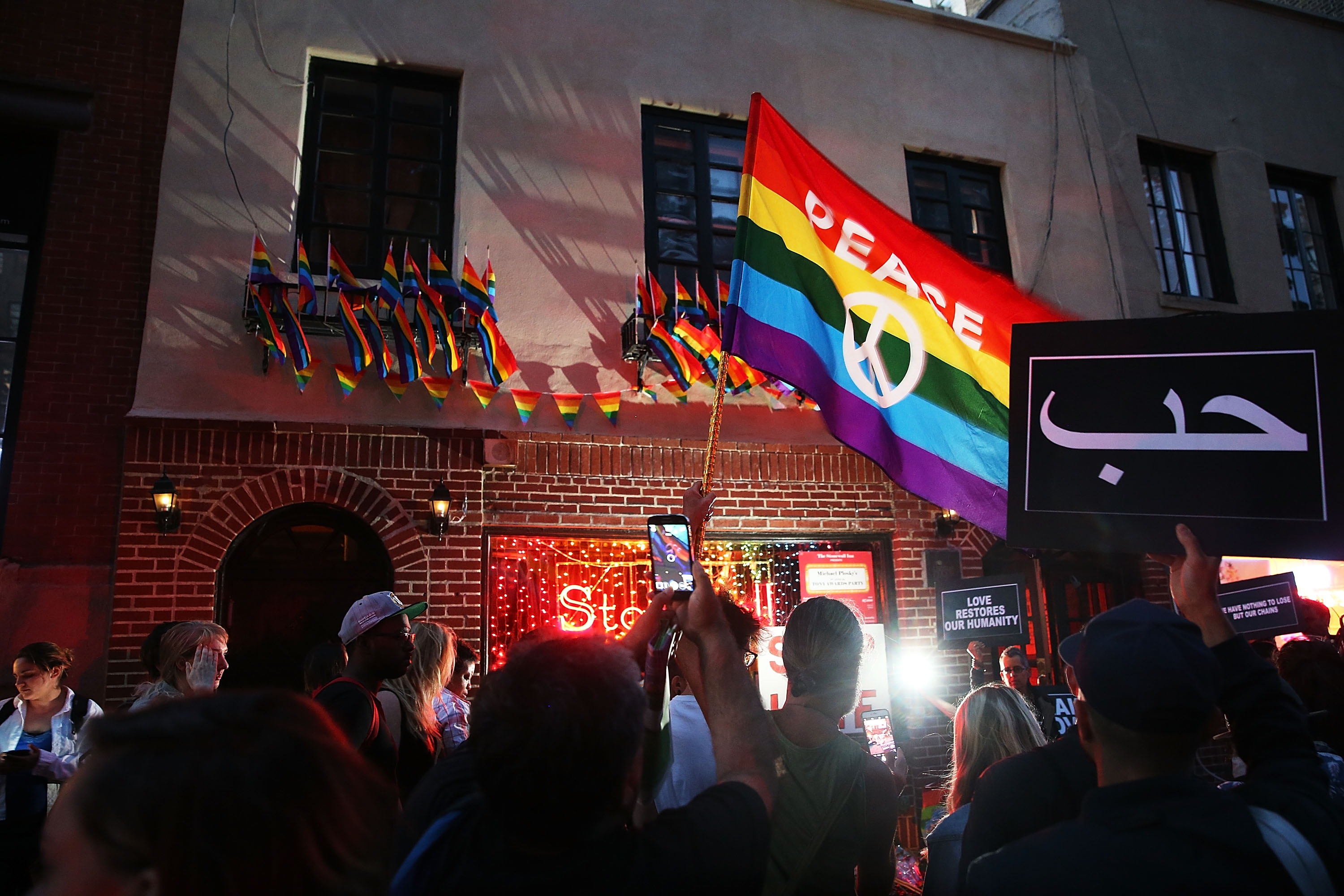 The Stonewall National Monument will be anchored by Christopher Park, a small park just across from the iconic Stonewall Inn tavern, and covers a 7.7 acre swath of Greenwhich Village where the uprising took place after police raided the gay bar in 1969. Mr. Obama said the monument would "tell the story of our struggle for LGBT rights" and of a civil rights movement that became a part of America.

"I believe our national parks should reflect the full story of our country: the richness and diversity and uniquely American spirit that has always defined us," Mr. Obama said in a video announcing the monument. "That we are stronger together, that out of many, we are one."

To herald the new monument, the video of the president along with footage from the uprising was to be played at noon Saturday on the billboards in Times Square just as New York's annual pride celebration is getting under way, the White House said.

One year later, most Americans continue to support the legal right for same-sex couples. According to a CBS News poll released Friday, 58 percent of Americans support the legalization of same-sex marriage, while 33 percent are opposed. As recently as July 2012, the public was divided on the issue, with 46 percent favoring and 44 percent opposed.

Designating the small area marks a major act of national recognition for gay rights advocates and their struggles over the last half-century. In addition to the Supreme Court decision, since the 1969 uprising the U.S. has enacted anti-discrimination protections, allowed gays and lesbians to serve openly in the U.S. military and seen prominent athletes and entertainers come out of the closet.

It also comes as the gay community comes to grips with a fresh and agonizing reminder of ongoing threats to their safety. In announcing the monument, the White House said the mass shooting at a gay bar in Orlando, Florida, illustrated that LGBT people still 'face acts of violence, discrimination and hate."

New York Gov. Andrew Cuomo joined gay rights groups in praising the new monument, along with New York lawmakers who had long advocated for a national designation. Last year, New York City made it a city landmark - the first named primarily because of significance to LGBT history.

"Stonewall is finally taking its rightful place in American history," said Rep. Jerrold Nadler, D-N.Y., who had advocated for federal recognition for the site.