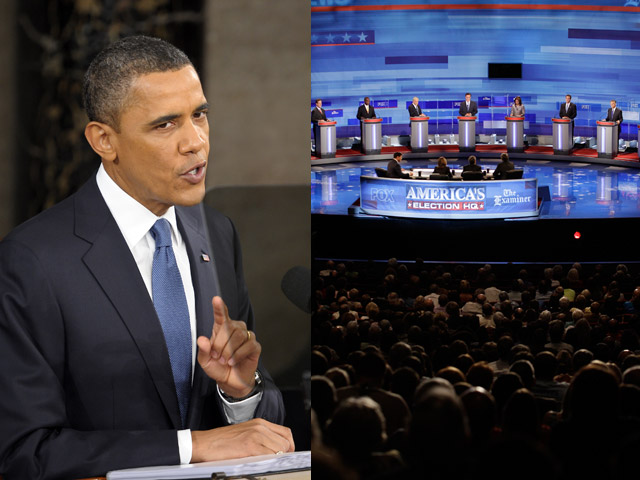 Amending his request to speak before a joint session of Congress about jobs, President Barack Obama has agreed to move the date of the speech back one day to Thursday, September 8th.

Originally, the president had requested to speak on September 7th, but he made the request for the same day in which a Republican presidential candidate debate had long since been scheduled.

In a statement, the White House said:

"Today, the President asked to address the Congress about the need for urgent action on the economic situation facing the American people as soon as Congress returned from recess. Both Houses will be back in session after their August recess on Wednesday, September 7th, so that was the date that was requested. We consulted with the Speaker about that date before the letter was released, but he determined Thursday would work better. The President is focused on the urgent need to create jobs and grow our economy, so he welcomes the opportunity to address a Joint Session of Congress on Thursday, September 8th and challenge our nation's leaders to start focusing 100% of their attention on doing whatever they can to help the American people."

The White House said the timing of the president's original request was a coincidence, although it still managed to spark a partisan spat, with Republicans claiming Obama was trying to overshadow the GOP presidential candidates.

Speaker of the House John Boehner had objected to the president's earlier request, saying that there was a lack of sufficient time to prepare the chamber for his address. The Obama administration amended its request after negotiations between White House Chief of Staff William Daley and Boehner, reports CBS News White House correspondent Norah O'Donnell.

While the new timing of Obama's speech may appease the GOP to some degree, it will now happen on the same day as the opening night of the NFL season. The Green Bay Packers are scheduled to host the New Orleans Saints in a match-up of the last two Super Bowl winners. The game is scheduled to start at 8:30 p.m. ET.

That said, the president's speech will not conflict with the game, O'Donnell reports. The exact timing of the speech is not yet known though.