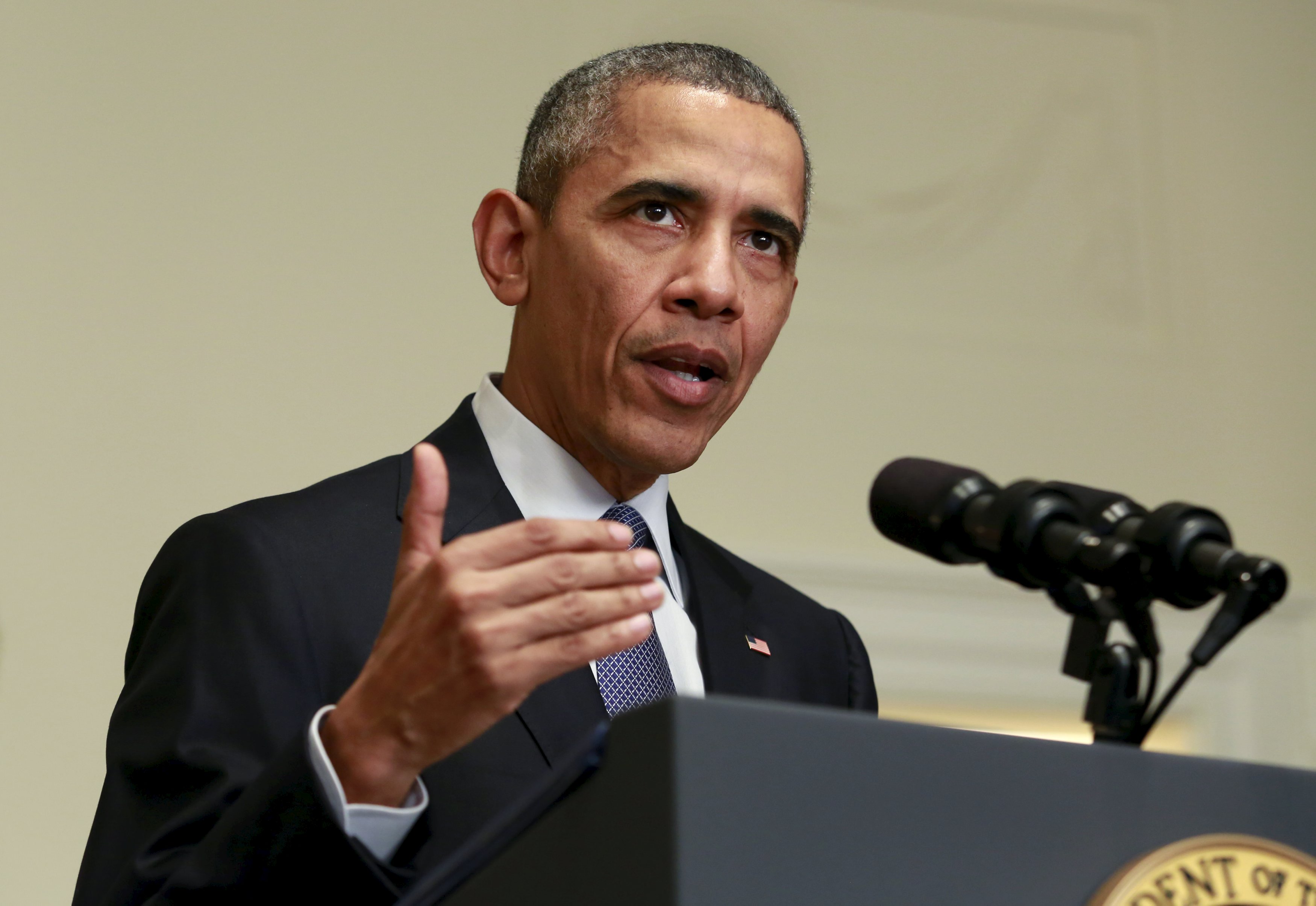 President Obama hailed the Paris climate agreement reached Saturday as "the best chance to save the one planet we have."

In a statement delivered from the Cabinet Room at the White House, Mr. Obama said "we can be more confident the planet is going to be in better shape for the next generation" and that the deal shows the world has the will and ability to take on "this challenge."

"No nation, not even one as powerful as ours, can solve this challenge alone," the president said. "And no country, no matter how small, can sit on the sidelines. All of us had to solve it together."

He warned, however, that "even if all the initial targets set in Paris are met, we'll only be part of the way there when it comes to reducing carbon from the atmosphere."

"We cannot be complacent because of today's agreement," Mr. Obama said. "The problem's not solved because of this accord, but make no mistake, the Paris agreement establishes the enduring framework the world needs to solve the climate crisis."

On Saturday morning in France, 195 nations and the European Union adopted a new climate change plan, one with the ambitious goals of slowing global warming by reducing greenhouse gases and aiding poor countries adjusting to the negative impact.

"Together we've shown what's possible when the world stands as one," Mr. Obama said at the White House after the agreement was finalized.

In the days and hours before the agreement was finalized, the president played a major role in bringing it to fruition, notably, with a Thursday call to China's President Xi Jinping, which followed earlier calls to Indian Prime Minister Narendra Modi and Brazilian President Dilma Rousseff.

Under the climate accord, most of the world's countries committed to pledging to meet targets for reducing their greenhouse gas emissions and reporting on their progress every five years using a standardized review.

The agreement also establishes a framework for ratcheting up targets in the coming decades. It's meant to send a message to the markets and private sector that the world is transitioning from one powered by fossil fuels to a new world running on clean energy, meaning new technologies will need to be developed and new jobs created.

The U.S. is the world's second largest climate polluter, and Mr. Obama has pledged that the U.S. will cut its overall emissions by 26 percent to 28 percent by 2030.

The climate talks already had run into opposition from Republicans who control Congress. They say Obama's commitment to reduce emissions from U.S. power plants would cost thousands of American jobs and raise electricity costs.

"We can expect the administration to cite this 'agreement' as their excuse for establishing emission targets for every sector of the U.S. economy not only including utilities, but petroleum refining, all manufacturing, agriculture and others," said Sen. James Inhofe, R-Okla., chairman of the Senate Environment and Public Works Committee.

Brazil leader accused of "crimes against humanity" for deforestation
More