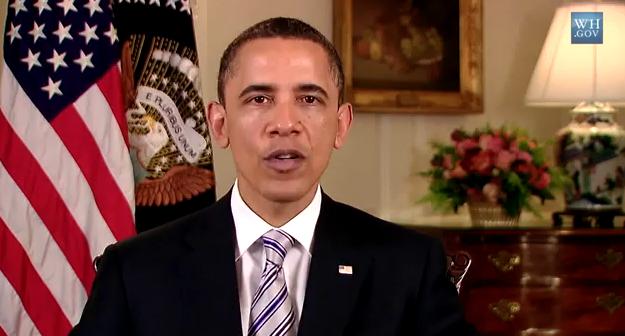 With President Obama heading to Facebook headquarters in the San Francisco Bay Area today for a "town hall" meeting tied to his campaign-style push for his deficit-reduction agenda, it's a good time to look at how many people "like" his page - and how his potential challenges stack up.

As you can see below, more than 19 million "like" Mr. Obama's page. No potential Republican candidate even comes close; the next name on the list is Sarah Palin, who has less than 3 million likes. She's followed by Mitt Romney, Mike Huckabee and Ron Paul, all of whom have less than one million.


It's worth pointing out that Mr. Obama has been on Facebook for years -- and is a sitting president -- so it's no surprise that he is outpacing his potential opponents. But these numbers are still striking, and once again reinforce the fact that Republicans have yet to coalesce around a presidential candidate.

Mr. Obama's visit to the company for a virtual "town hall" has raised questions over whether such invitations will be extended to his potential opponents. The president is seen as having strong ties to the company; CEO Sheryl Sandberg is a member of the President's Council on Jobs and Competitiveness, and Facebook co-founder Chris Hughes ran Mr. Obama's social-networking operation in 2008.

Facebook's Andrew Noyes said in a statement that "Facebook does not currently have a corporate Political Action Committee (PAC) and therefore does not have the appropriate legal vehicle to easily participate in political events. However, we are happy to consider other types of non-fundraising visits to Facebook headquarters by political candidates, elected and government officials."

He also pointed to past visits by prominent politicians.

Republicans are hoping to keep pace with Mr. Obama on the digital media front in the 2012 election cycle, and not just on Facebook - they're turning to Twitter, YouTube and other outlets to push their message. Republican Becki Donatelli, who has twice been John McCain's chief Internet strategist, told NPR that politicians are now trying to push their content to users through tools like Facebook and Twitter feeds instead of trying to get them to come to their websites.

"We're delivering them messages on Facebook, [through] targeted advertising, email, pushing out messages to the political landscape," she said.