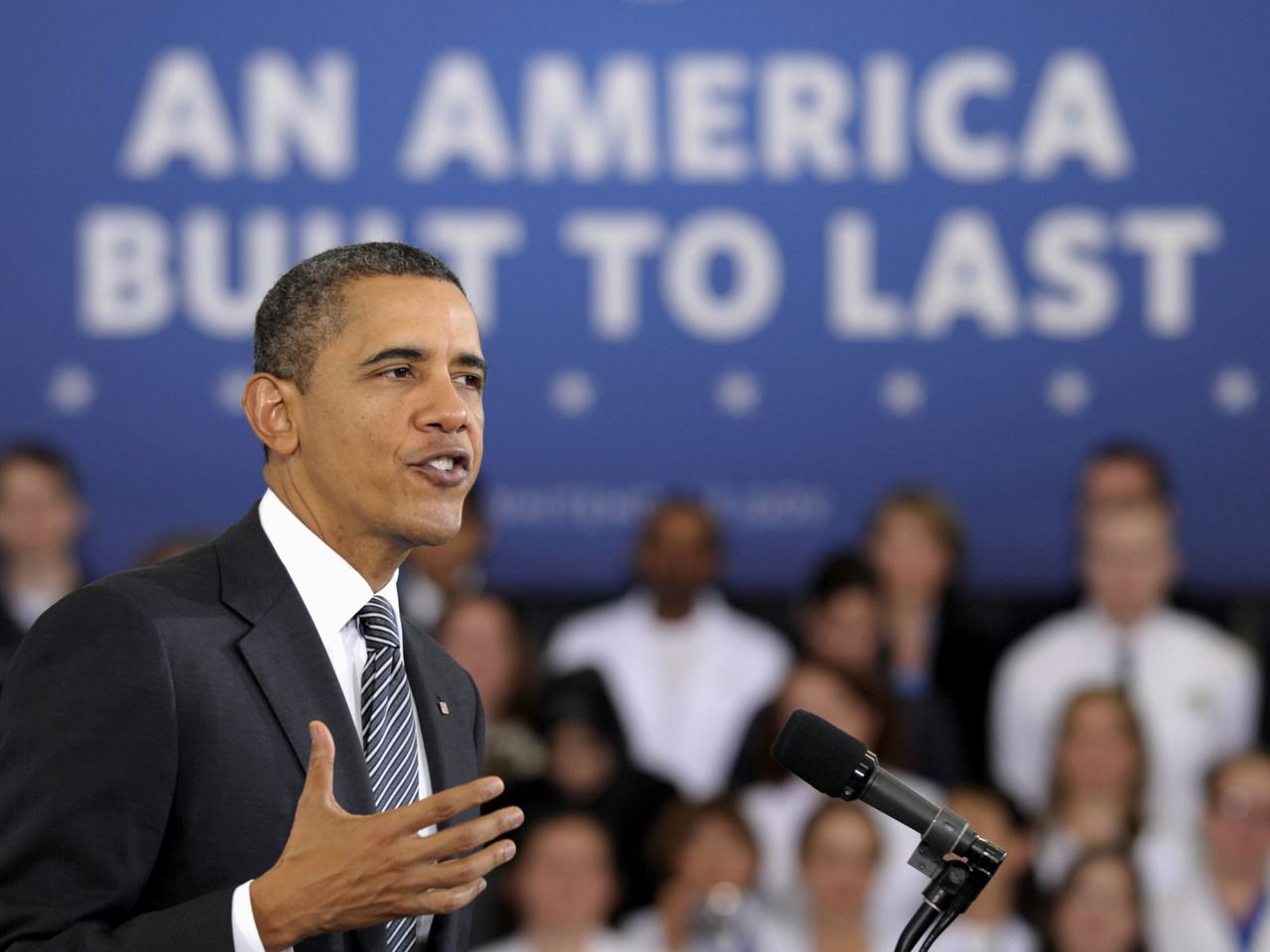 WASHINGTON - Access to college has been the driving force in federal higher education policy for decades. But the Obama administration is pushing a fundamental agenda shift that aggressively brings a new question into the debate: What are people getting for their money?

Students with loans are graduating on average with more than $25,000 in debt. The federal government pours $140 billion annually into federal grants and loans. Unemployment remains high, yet there are projected shortages in many industries with some high-tech companies already complaining about a lack of highly trained workers.

Meanwhile, literacy among college students has declined in the last decade, according to a commission convened during the George W. Bush administration that said American higher education has become "increasingly risk-averse, at times self-satisfied, and unduly expensive." About 40 percent of college students at four-year schools aren't graduating, and in two-year programs, only about 40 percent of students graduate or transfer, according to the policy and analysis group College Measures.

College drop-outs are expensive, and not just for the individual. About a fifth of full-time students who enroll at a community college do not return for a second year, costing taxpayers hundreds of millions of dollars annually, according to an analysis released last fall by the American Institutes for Research.

There's been a growing debate over whether post-secondary schools should be more transparent about the cost of an education and the success of graduates. President Barack Obama has weighed in with a strong "yes."

During his State of the Union address, Obama put the higher education on notice: "If you can't stop tuition from going up, the funding you get from taxpayers will go down," he said. "Higher education can't be a luxury- it's an economic imperative that every family in America should be able to afford."

Video: State of the Union address in full

He wants to slightly reduce federal aid for schools that don't control tuition costs and shift it to those that do. He also has proposed an $8 billion program to train community college students for high-growth industries that would provide financial incentives to programs that ensured their trainees find work. Both proposals need congressional approval.

At the same time, the administration is developing both a "scorecard" for use in comparing school statistics such as graduation rates as well as a "shopping sheet" students would receive from schools they applied to with estimates of how much debt they might graduate with and estimated future payments on student loans.

American's higher education system has long been the backbone of much of the nation's success, and there's no doubt that a college degree is valuable. It's now projected that students with a bachelor's degree will earn a million more dollars over their lifetime than students with only a high school diploma, Education Secretary Arne Duncan says.

But Obama's statement to Congress jolted the higher education establishment, which believes that college isn't just to create foot soldiers for industry and that the use of measured outcomes would hurt the humanities, meaning fewer students will turn to Shakespeare and instead study engineering, said Anthony Carnevale, director of the Center on Education and the Workforce at Georgetown University. The community has already been reeling over an earlier administration decision to require career college programs — many of which are at for-profit institutions - to better prepare students for "gainful employment" or risk losing federal aid.

"It's the notion that the ...federal government will begin to say we want to know what we're paying for and we want to make sure that people don't pay for education programs that take them nowhere, especially if the program is supposed to get them a job, we want it to get them a job, Carnevale said.

Some fear that Obama might want to apply the "gainful employment" standards to traditional four-year degree programs. Robert Moran, director of federal relations at the American Association of State Colleges and Universities, said reporting requires time and resources, and it's even more difficult to gauge the success of a graduate with an English degree than someone with a very specific career certificate.

Duncan said in an interview he doesn't see a big need to go in that direction now, although he does think it's important to track factors such as graduation rates and tuition costs. He said he tracked his graduates while serving as chief executive officer of the Chicago Public Schools and noticed that some universities were graduating them at rates of 75 percent or more, while others were graduating them at a small fraction of that.

"Colleges aren't too dissimilar to high schools. Some have done a great job building cultures around completion and obtainment and some haven't," Duncan said.

Historically, policy conversations have centered on getting students into college. Duncan said graduating is just as important.

"To be real clear, I think that's been the problem with federal policy in the past is 100 percent has been focused on the front end on inputs, that's clearly important, but that's the starting point. That gets you in the game. The goal isn't to get to the game, the goal is to get to the finish line," Duncan said.

Obama isn't the first president to encourage dialogue on making higher education more affordable and accountable. In addition to convening a commission to study higher education in America, Bush's administration issued grants to states to link transcript data with other records to better track the success of graduates from public institutions. The Obama administration has continued the program.

But Obama is taking the conversation to another level. That doesn't mean, however, he's abandoning the issue of accessibility. His administration has expanded the availability of Pell grants, supported a tax credit for tuition costs and is attempting to make it easier for some graduates to pay back loans.

Experts say some of the challenges in higher education result from too many students entering the doors without basic math and English skills. There's also the question of how to measure how effective colleges are and whether tuition increases are appropriate — especially for public institutions facing dramatic budget cuts.

Rep. Virginia Foxx, R-N.C., the former president of Mayland Community College, said the issues raised by Obama are being addressed at the state and local level, where she said they should be handled, and that many schools are coming up with innovative ways to cut costs and to find ways to work with local industry. As an example, she recalled developing, while a community college president, a course in supervisory training after local industry sought it.

"Right now, the information about the potential of various careers, the track records of colleges and the like is essentially strewn all over the countryside," said Wyden, who authored a bill on making college costs more transparent.

He added, "I think students and their parents are now saying in addition to accessibility, we want to wring the maximum value out of every dollar we're spending on education."