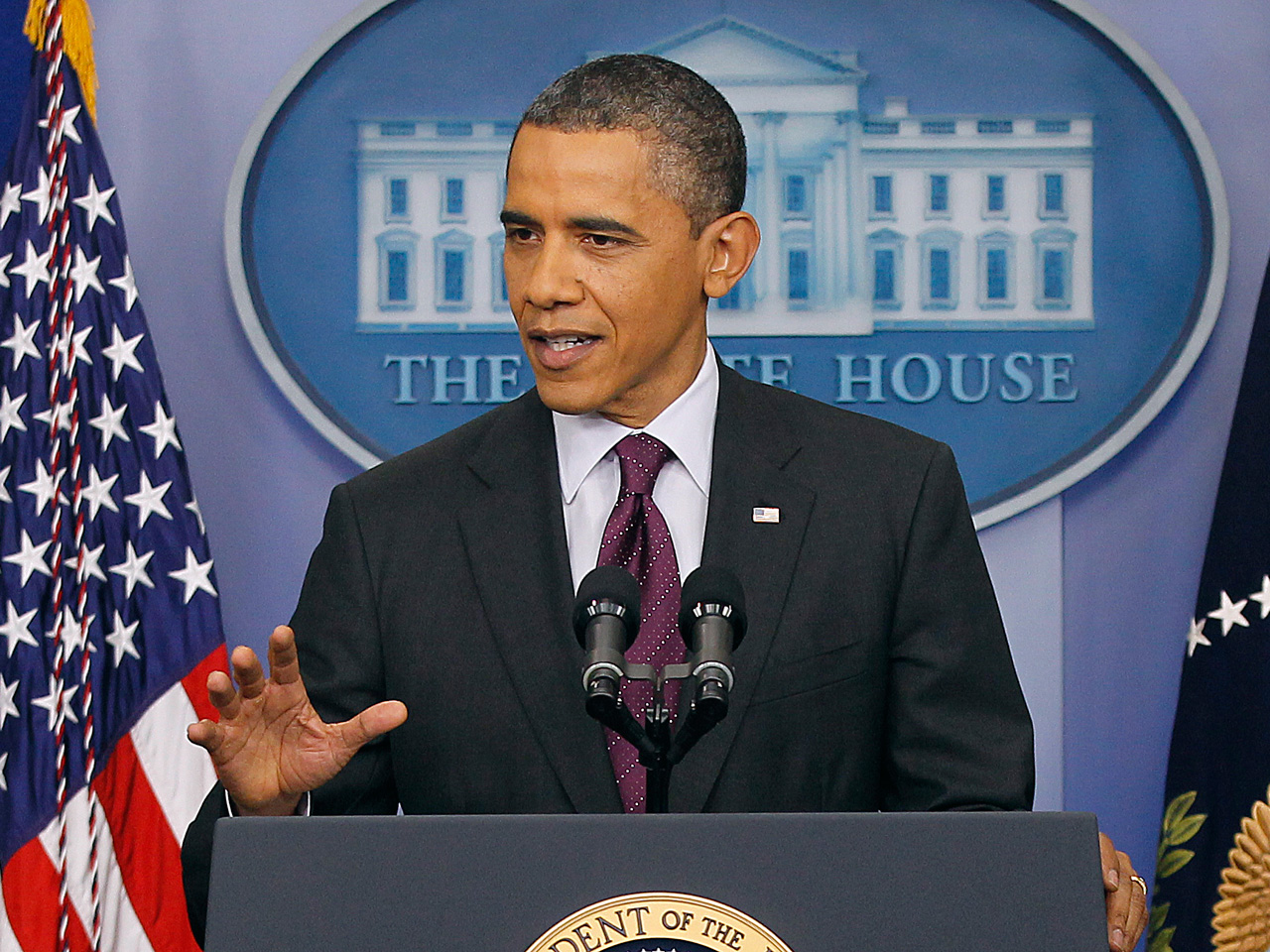 (CBS/ AP) WASHINGTON - President Barack Obama is aiming mortgage relief at members of the military as well as homeowners with government-insured loans, the administration's latest efforts to address a persistent housing crisis.

"No amount of money is going to be enough to make it right for an American family who's had a piece of the American dream taken away from them," Mr. Obama said in his first full news conference of the year Tuesday. But, he added, "I'm not one of those people who thinks we can sit by and let the housing market hit bottom."

In addition to explaining his policy, Mr. Obama's remarks may have been a jab at one of his potential Republican rivals, Mitt Romney, who has said the housing market should hit bottom. Today's press conference was scheduled this one on the same day as the 10-state Super Tuesday Republican presidential nominating contests, and Mr. Obama joked, "I understand there are some political contests going on tonight."

The president announced plans to let borrowers with mortgages insured by the Federal Housing Administration refinance at lower rates, saving the average homeowner more than $1,000 a year. He also was detailed an agreement with major lenders to compensate service members and veterans who were wrongfully foreclosed upon or denied lower interest rates.

The news conference comes in the midst of a modestly improving economy and a new sense of optimism at the White House. But international challenges as well as a stubbornly depressed housing market remain threats to the current recovery and to his presidency.

The president pointed out that businesses have created 3.7 million new jobs over the last two years and certain sectors, like the auto industry and manufacturing, are reviving. Still, he said, millions of Americans are out of work.

"Our job in Washington isn't to sit back and do nothing," or stand in the way of the recovery, Mr. Obama said. "Right now we've got to do everything we can to speed it up."

The president called on Congress to take up measures he's proposed like the "Buffet rule," which would require millionaires to pay the same tax rates as average-income Americans.

While Congress recently passed the payroll tax cut, Mr. Obama said, "They can't just stop there and wait for the next election."

He also called on Congress to pass his proposal to give homeowners a chance to refinance their mortgages at historically low rates.

"If you've been on time with your payments, done the right thing, acted responsibly, you should have a chance to save that money on your home," he said.

In order to get around Congress, Mr. Obama said his administration was announcing an initiative to cut by more than half the refinancing fees families pay for loans insured by the Federal Housing Administration. FHA borrowers who want to refinance now must pay a fee of 1.15 percent of their balance every year. Officials say those fees make refinancing unappealing to many borrowers. The new plan will reduce that charge to 0.55 percent.

"That would make refinancing even more attractive to more families," Mr. Obama said. "It's like another tax cut that puts more money in people's pockets."

With mortgage rates at about 4 percent, the administration estimates a typical FHA borrower with $175,000 still owed on a home could reduce monthly payments to $915 a month and save $100 a month more than the borrower would have under current FHA fees.

The FHA provides mortgage insurance on loans made by FHA-approved lenders throughout the United States and its territories. The loans typically go to homeowners who do not have enough equity to qualify for standard mortgages. It is the largest insurer of mortgages in the world.

For service members and veterans, Mr. Obama announced that major lenders will review foreclosures to determine whether they were done properly. If wrongly foreclosed upon, service members and veterans would be paid their lost equity and also be entitled to an additional $116,785 in compensation. That was a figure reached through an agreement with major lenders by the federal government and 49 state attorneys general.

Under the agreement, the lenders also would compensate service members who lost value in their homes when they were forced to sell them due to a military reassignment.