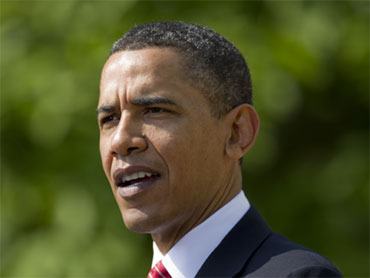 President Obama suggested today that the immigration bill expected to be signed into law in Arizona is a "misguided" piece of legislation that "threatened to undermine basic notions of fairness that we cherish as Americans, as well as the trust between police and their communities that is so crucial to keeping us safe. "

Mr. Obama made the comments during a naturalization ceremony in the White House Rose Garden for two dozen active duty service members. He said the Arizona bill, which would mandate that police ask questions about a person's immigration status if they suspected the person might be in the United States illegally, was the result of a lack of action on immigration reform on a federal level.

"Our failure to act responsibly at the federal level will only open the door to irresponsibility by others," he said, pointing to the Arizona bill. "In fact, I've instructed members of my administration to closely monitor the situation and examine the civil rights and other implications of this legislation. But if we continue to fail to act at a federal level, we will continue to see misguided efforts opening up around the country."

"Over the years, many have attempted to confront this challenge, but passions are great and disagreements run deep," he said. "Yet surely we can all agree that when 11 million people in our country are living here illegally, outside the system, that's unacceptable. The American people demand and deserve a solution. And they deserve common-sense, comprehensive immigration reform grounded in the principles of responsibility and accountability."

Arizona Gov. Jan Brewer may sign the immigration legislation into law today. In Mexico, the Senate unanimously passed a resolution urging Brewer to veto the bill because lawmakers there say it will result in unfair harassment and racial profiling of Hispanics.

Arizona has an estimated 460,000 illegal immigrants and the state has become perhaps the leading battleground in the debate over how to deal with illegal immigration. Lawmakers point to the recent murder of an Arizona rancher as illustrative of the need for tougher immigration laws.

The legislation makes it a state crime to be in the United States illegally. Police can ask anyone they suspect of being in the country illegally to show a driver's license or state identification. If they do not, they can be jailed, fined or deported.