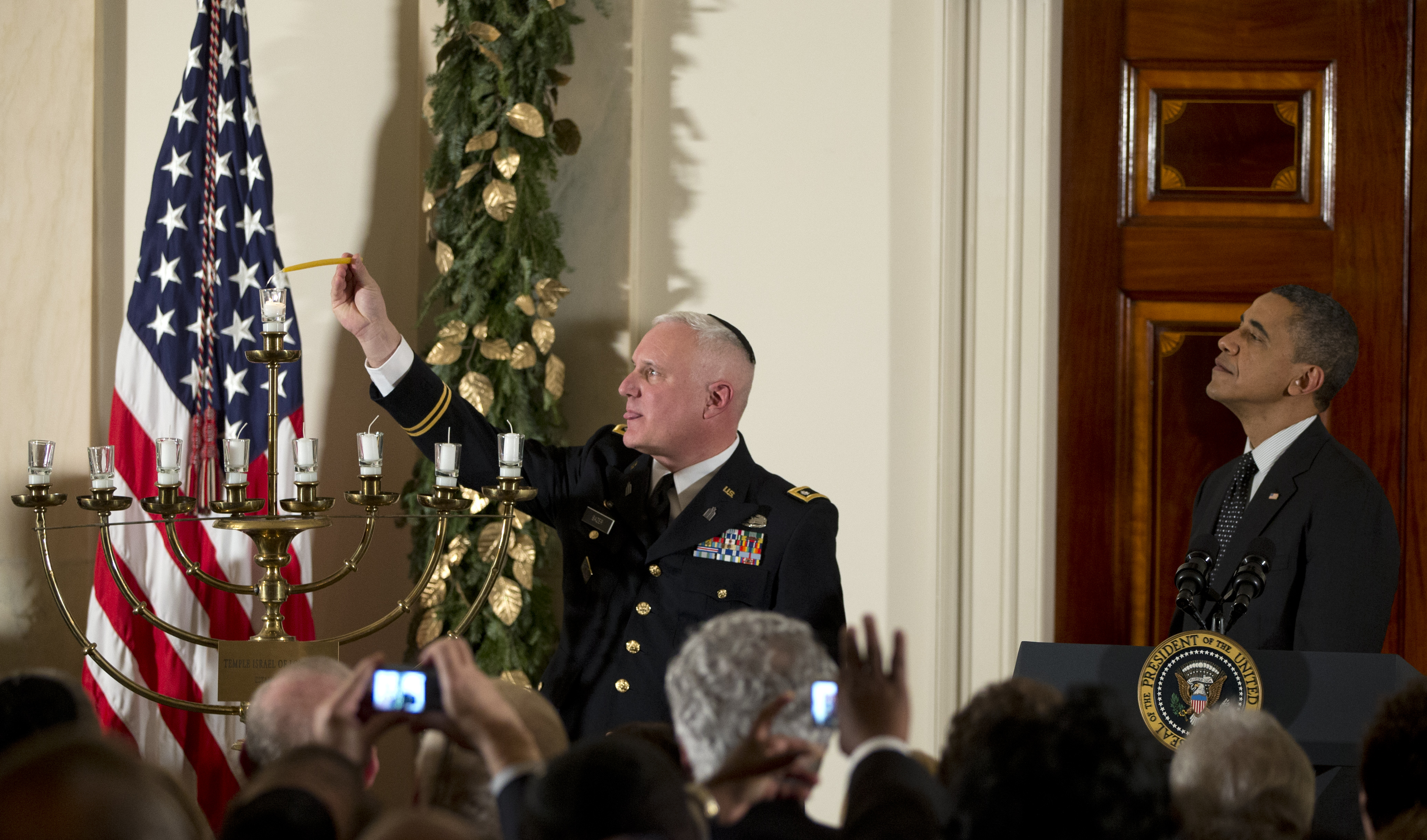 WASHINGTON President Barack Obama says Hanukkah is a story of "resilience and optimism."

He and first lady Michelle Obama held a White House reception Thursday on the sixth evening the Jewish Festival of Lights.

In the Hanukkah story, a small band of Jews rededicating a Jerusalem temple found that a one-day supply of oil kindled a flame instead for eight.

Thursday's celebration included the reciting of traditional prayers and the lighting of candles in a 90-year old menorah from a temple in Long Island, N.Y., that sustained heavy flooding during Superstorm Sandy.

Obama said the menorah is "a symbol of perseverance" and "a reminder of resilience and hope in the fact that we will be there for them as they recover."