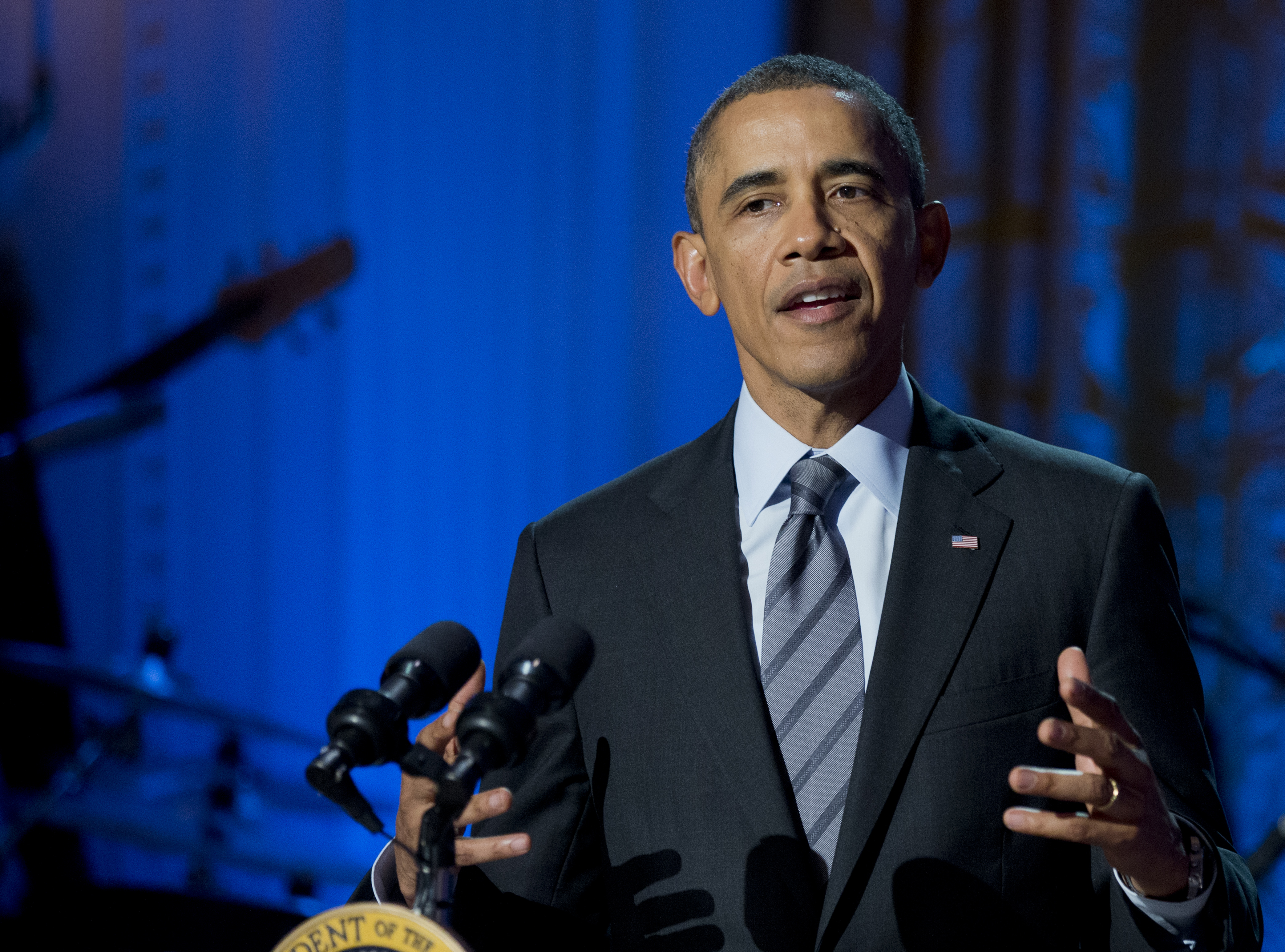 WASHINGTON -- He bobbled the spelling, but President Obama had nothing but respect for the "women of soul" who shook and rattled the rafters of the White House Thursday night.

"What a lineup!" Mr. Obama declared at the outset of a concert that featured a generations-spanning array of soul singers stretching from musical legends Aretha Franklin and Patti LaBelle to 20-year-old Ariana Grande.

Mr. Obama paid tribute to Franklin for turning her signature song "Respect" into "a rallying cry for African-Americans, women and then everyone who felt marginalized."

The pumped-up audience gave a hearty laugh but was more than willing to forgive the president for spelling it "R-S-P-E-C-T."

In addressing the crowd, Mr. Obama said, "When Aretha first told us what R-S-P-E-C-T meant to her..."

He was interrupted by laughter, paused, then continued, "She had no idea it would become a rallying cry for African-Americans, and women, and then everyone who felt marginalized because of what they looked like or who they loved. They wanted some respect. Later, when somebody asked her why it had such an impact, she said, 'I guess everybody just wants a little respect.' Today, they still do."

First up in the East Room lineup was LaBelle, with a thundering delivery of "Over the Rainbow" that had the audience on its feet.

It was a mutual admiration society of sorts as LaBelle thanked the Obamas for their tenure in the White House, declaring, "Baby, you got swag!"

Grande, the youngster in the group, seemed in awe of her fellow performers and the august audience. Her lead-in: "What's up? How are you? Good to see you. Thank you for having me."

The emotional high point came when Franklin, 71, sauntered in, gave a shimmy and declared "Let's have a party!" Then she went right into "I Never Loved a Man (The Way I Love You)." She was back later to close down the show with what Mr. Obama called "one more treat" - a slow, soulful rendition of "Amazing Grace" that turned rowdy at the end.

But first, all the other ladies - including Melissa Etheridge, Janelle Monae, Jill Scott and Tessanne Chin - collaborated on a rollicking delivery of "Proud Mary."

The concert was live-streamed at WhiteHouse.gov/live and will be broadcast as "In Performance at the White House: Women of Soul" on April 7 on PBS.

At a morning arts workshop for high school and college students, first lady Michelle Obama called soul "the kind of music that makes you move, no matter who you are or where you come from."

LaBelle, Etheridge and Monae had plenty of stories and advice to share with the students, then got them whooping, hooting and swaying with a trio of songs in the intimate venue of the State Dining Room.

Mrs. Obama quoted LaBelle as once saying she had succeeded because she "took chances and sang my butt off."

The first lady tried her own riff on that advice - then admitted she may have taken it a little too far.

Then she added, "OK, that quote is going to be kind of funny in the papers. I already know it. My communications people are like, 'What?' But you guys all know what I meant - be good at what you do. "

The concert was scheduled as part of Women's History Month.

Said the president, "As someone who always shares this house with brilliant, creative, talented, somewhat stubborn women, I think Women's History Month is the perfect time to honor a few more: the women of soul."