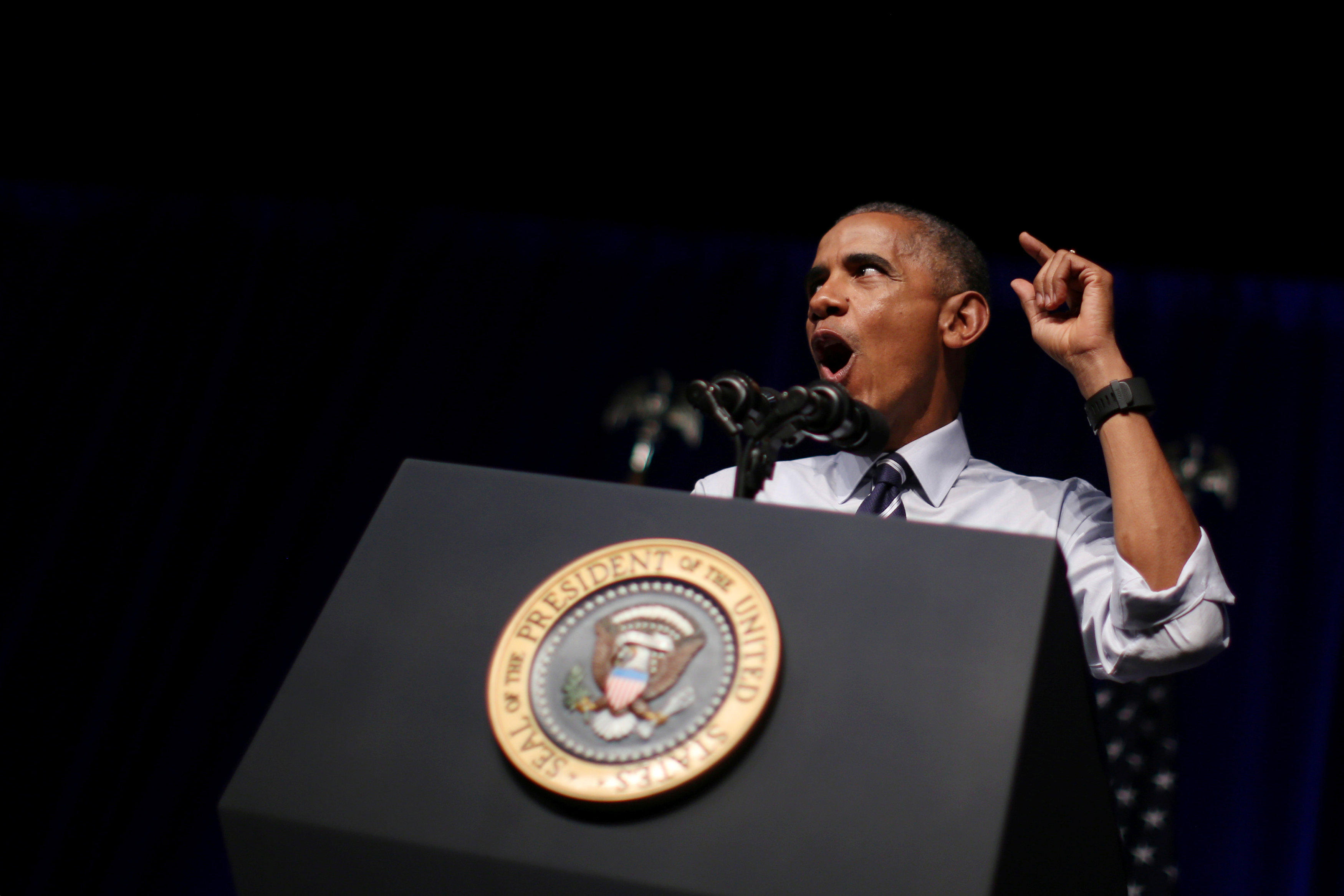 President Obama on Thursday night said that Donald Trump “didn’t come out of nowhere” and that the GOP had been feeding into his base for a while.

“The problem is, is that they’ve been riding this tiger for a long time. They’ve been feeding their base all kinds of crazy for years primarily for political expedience. So if Trump was running around saying I wasn’t born here, they were okay with that as long as it helped them with votes,” Mr. Obama said at an event for the Ohio Democratic Party in Columbus and Senate candidate former Gov. Ted Strickland.

The president argued that Republicans, including those who are critical of Trump, are the same people who “tried to block us from rescuing the economy,” who “didn’t vote for the auto industry assistance,” who “tried to take away folks’ health insurance” and who “refuse to allow votes on giving minimum wage workers a raise.”

“So don’t act like this started with Donald Trump,” he said. “He did take it to a whole new level. I got to give him credit. But he didn’t come out of nowhere.”

The president warned he can’t think of “a more important election in our lifetimes” because the choice between Trump and Hillary Clinton is so stark. He described Clinton as “somebody who is as qualified as has ever been to run for this office” and Trump as someone who every day “proves himself unit and unqualified for this office.”

He also said that while he’s not on the ballot this time around, all of the progress his administration has achieved will be.

His remarks came with only 25 days left before the election on Nov. 8 and as both nominees battle to win the key battleground state of Ohio. The latest CBS News battleground tracker poll from last Sunday found Clinton leading by 4 percentage points -- 46 percent to 42 percent.

The president will deliver remarks Friday morning at a campaign event for Clinton in Cleveland.