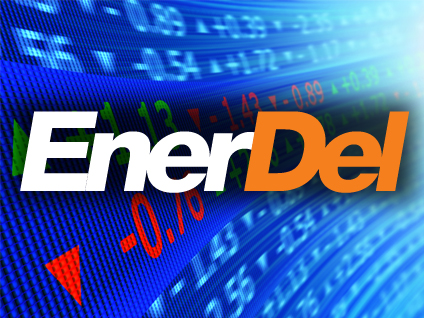 WASHINGTON - The parent company of an electric car battery maker that received a $118 million grant from the Obama administration filed for Chapter 11 bankruptcy protection on Thursday.

New York-based Ener1 said it has been affected by competition from China and other countries.

CBS News Investigates first reported in October 2011 that Ener1 was facing financial troubles, after NASDAQ pulled the company from its listings, leaving the stock valued at $0.00.

A CBS News investigation found earlier this month that a dozen green-energy companies - which in total received at least $6.5 billion in stimulus money from the federal government - have filed for bankruptcy protection. (Click on the player at left for a full report on the CBS News investigation)

Solyndra, of Fremont, Calif., was the first renewable-energy company to receive a loan guarantee under the 2009 stimulus law, and the Obama administration frequently touted it as a model for its clean energy program.

Since then, the company's implosion and revelations that the administration hurried a review of the loan in time for a 2009 groundbreaking has become an embarrassment for President Obama and a rallying cry for GOP critics of the administration's green energy program.

The chairman of a House subcommittee that is investigating Solyndra said the latest bankruptcy showed that the administration's clean energy program has failed.

"Unfortunately, you can now add Ener1 to the growing list of failed companies that went belly up after hundreds of millions of dollars in administration backing," said Rep. Cliff Stearns, R-Fla.

"One bankruptcy may be a fluke, two could be coincidence, but three is a trend," Stearns said. "Our investigation continues, and we are working to ensure taxpayers are never again stuck paying hundreds of millions of dollars because of the administration's risky bets."

An Energy Department spokeswoman said EnerDel had received $55 million so far under a program in which EnerDel matches federal investment dollar-for-dollar. Ener1 said in a statement that the restructuring would not affect EnerDel's operations. The company makes lithium-ion batteries for electric cars such as the Chevrolet Volt.

"While it's unfortunate that Ener1, the parent company, has entered a restructuring process," a recent infusion of $80 million in private investment "demonstrates that the technology has merit," said Jen Stutsman, a spokeswoman for the Energy Department.

"The restructuring is not expected to impact EnerDel's operations and they do not expect to reduce employment at the site" near Indianapolis, Stutsman said.