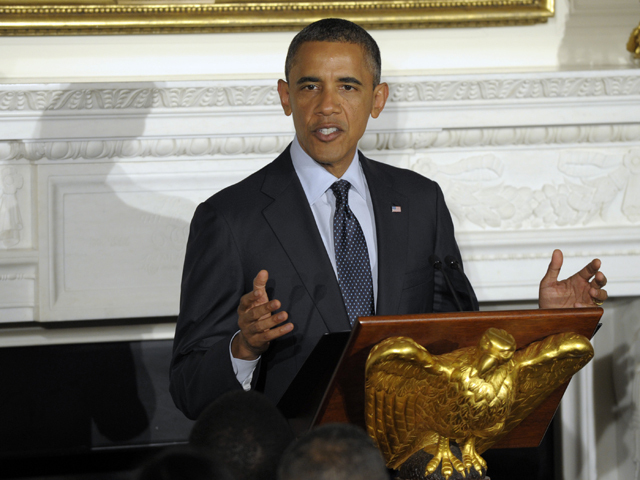 (AP) WASHINGTON - President Barack Obama says an attack at a Sikh temple in Wisconsin is an assault on religious faith and has no place in the United States.

He says such an attack "is an attack on the freedom of all Americans." He says no American should ever have to fear worshipping in public.

Obama spoke at a White House dinner he hosted Friday night to celebrate the Islamic holy month of Ramadan.

Obama singled out Huma Abedin (HOO'-muh AB'-uh-deen), an aide to Secretary of State Hillary Rodham Clinton who is Muslim. Rep. Michele Bachmann of Minnesota has alleged that Abedin has family ties to Egypt's Muslim Brotherhood.

Obama called Abedin "an American patriot" and "an example of what we need in this country."