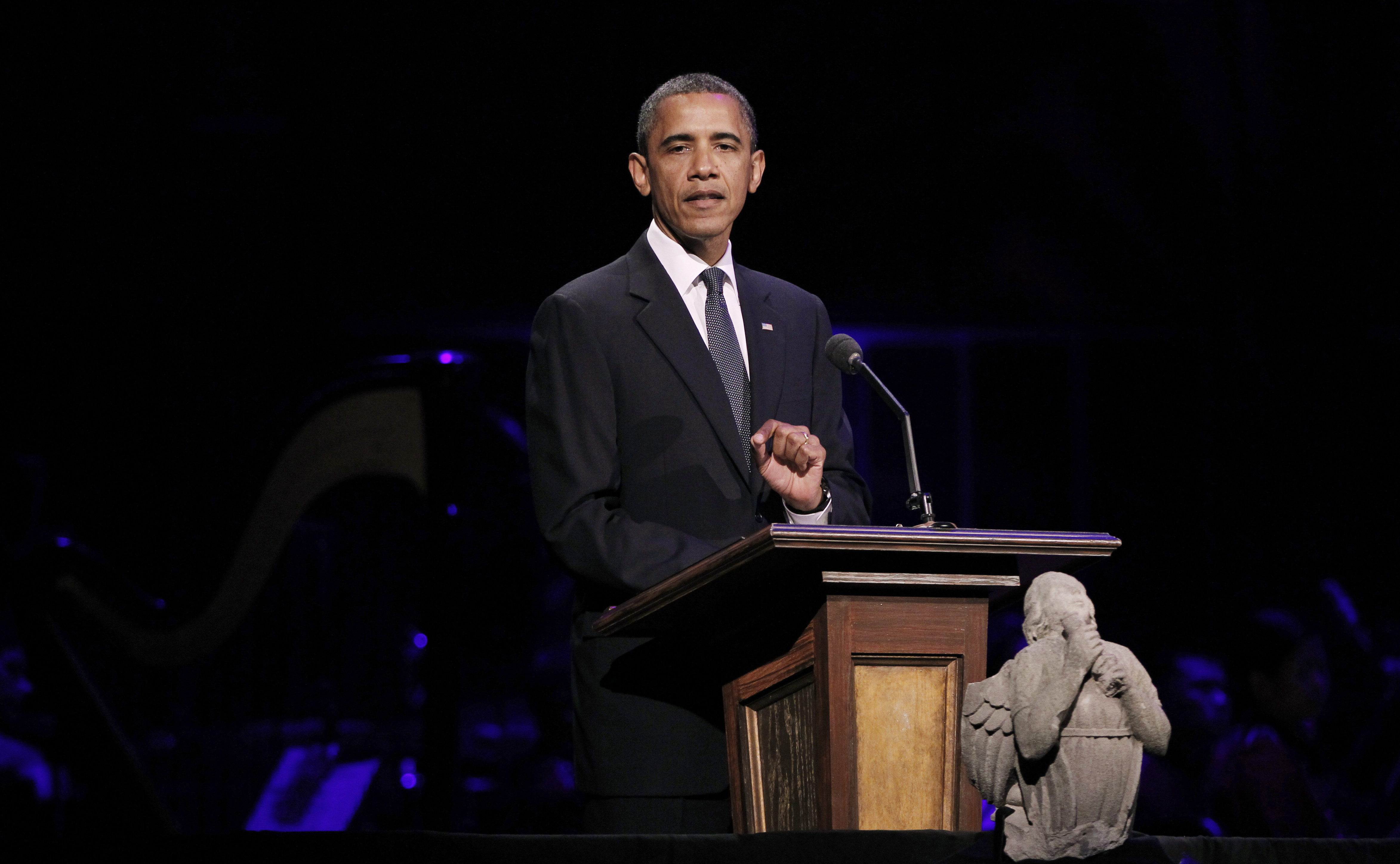 "These past 10 years have shown that America does not give in to fear," the president said at a concert at the Kennedy Center in Washington, the last in a series of events Mr. Obama attended to commemorate the anniversary of the attacks. " Our people still work in skyscrapers. Our stadiums are filled with fans, and our parks full of children playing ball."

The president spoke of young girls who lost their father in the attack on the Twin Towers and said their hopeful future is the "ultimate rebuke" to the terrorists who took their father's life.

Mr. Obama spoke of the two million Americans have gone to war since Sept. 11, who have demonstrated the nation's resolve to carry out justice. Their burden, the president said reminds the nation that war is never glorious, and that "our strength is not measured in our ability to stay in these places; it comes from our commitment to leave those lands to free people and sovereign states, and our desire to move from a decade of war to a future of peace."

More than monuments, Mr. Obama said, the legacy of Sept. 11 will be the memories of soldiers who signed up to serve the nation, workers who raised the new towers and citizens who faced down their fears.

Earlier in the day, Mr. Obama and first lady Michelle Obama joined President George W. Bush and other dignitaries at the sites of the terrorist attacks: Ground zero in New York, the Pentagon, and near Shanksville, Pa.

In an interview for CBS' "Sunday Morning" this weekend, Mr. Obama recalled where he was when he heard of the attacks on the World Trade Center on September 11, 2001.