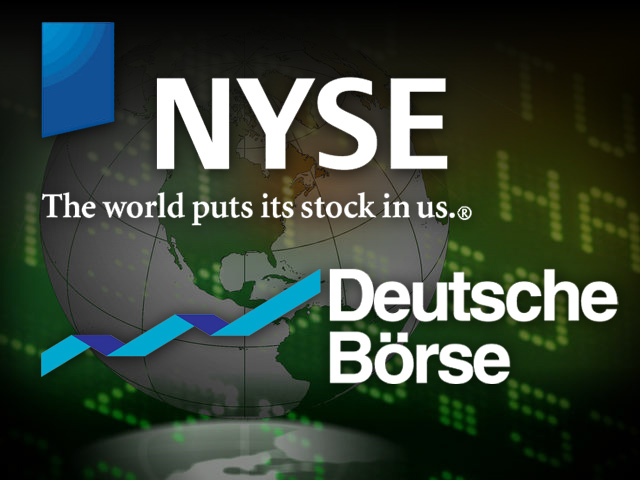 NEW YORK -- The New York Stock Exchange and German exchange Deutsche Boerse called off their planned merger Thursday, a day after the European Union said it would block the union because of concerns about a monopoly.

The two exchanges announced in February 2011 that they would merge in a $10 billion deal. But the European Commission, the EU's executive body, said the combined company would control 90 percent of the trading of some financial products in Europe.

The European decision was a blow to the combined dreams of Deutsche Boerse AG and NYSE Euronext, the NYSE's parent company. They had hoped to compete better with other large exchanges in the U.S. and Asia.

In the U.S., the planned merger made waves because it would have meant foreign control of the storied trading floor at 11 Wall St. in New York. Despite political opposition to the deal, it got the green light from regulators in the U.S.

In Europe, however, the regulatory discussions revolved around control.

Some hoped the deal would boost Frankfurt's status as a financial center that would compete with New York, Hong Kong and London. But regulators worried that it would create a financial behemoth.

The timing of the deal also played a role. Regulators are under great pressure to increase oversight of the financial sector as Europe tries to resolve the huge debt loads of its countries. Adding a complex institution would add to the regulatory burden.

The commission said it would block the deal because the combined company's dominance of the market would have made it almost impossible for competitors to offer rival trading systems.