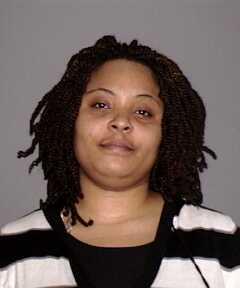 (CBS/WCBS/AP) NEW YORK - Police are looking for 28-year-old Shanel Nadal who took eight of her own children from a child welfare agency without permission.

The police said the Manhattan woman was visiting the children at the Forestdale agency in Queens on Monday afternoon when she took them. They range in age from 11 months to 11 years old.

According to CBS station WCBS, Nadal might be traveling with the children's father, 34-year-old Nephra Payne, in a black Chevrolet Suburban, Ford sedan or black Infiniti, authorities said.

Except for the 11-month old, all of the children are boys who share their father's first and last name, though they have different middle names. It was unclear why Nadal lost custody.

"ACS and our foster care agency began working with the NYPD immediately after the mother absconded with the children from a visit at the foster care agency yesterday. Earlier today, we sought and received active warrants from the Manhattan Family Court for the arrest of both parents and for them to produce the children to the court. We ask for the public's assistance in locating the children, and appreciate any assistance that they can provide the NYPD."

Anyone with information about the children is asked to contact the Crime Stoppers hotline at 1-800-577-TIPS.