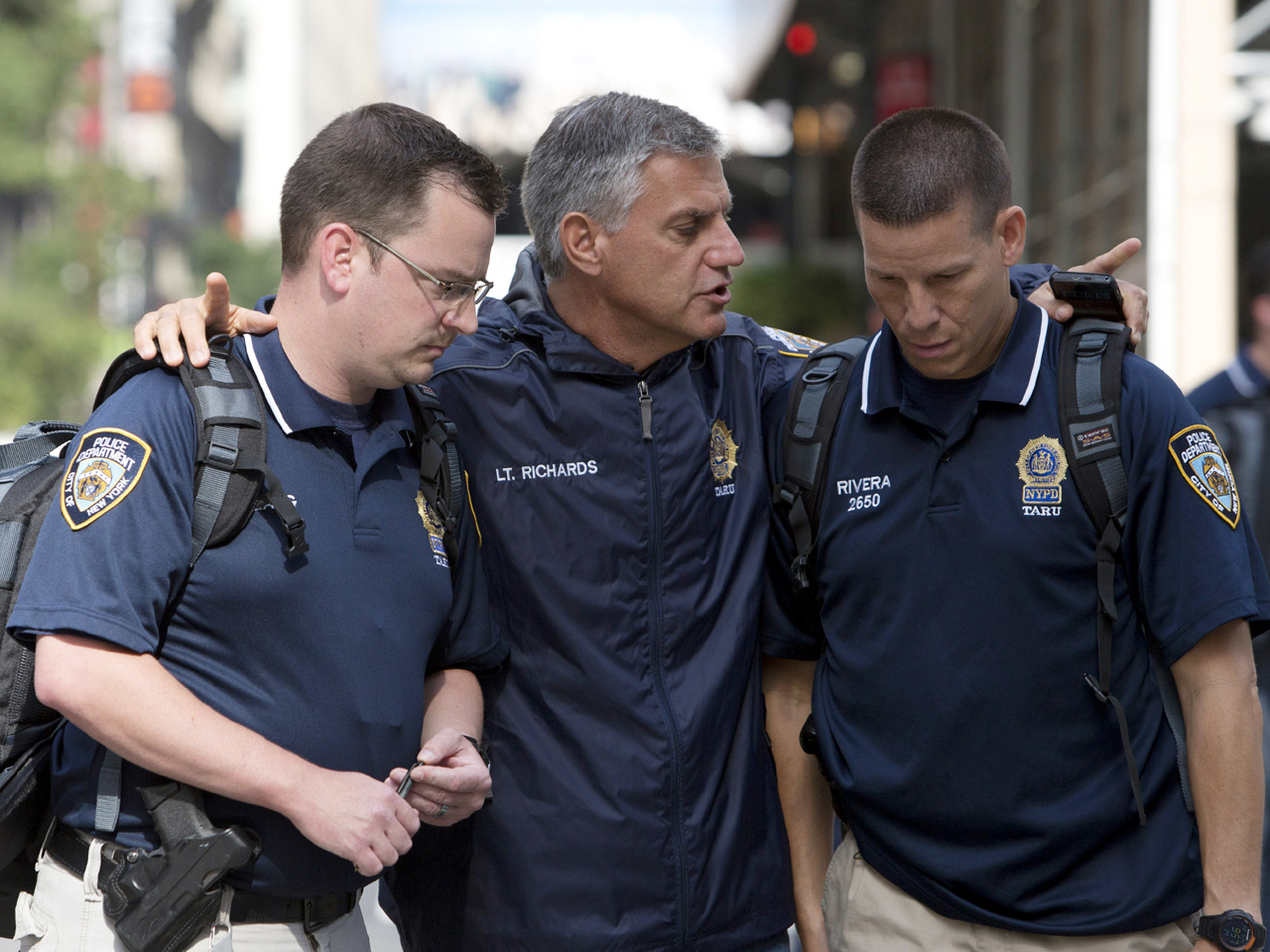 (CBS/AP) NEW YORK - According to New York City's police commissioner, the officers who fired on a man who had just shot and killed a former co-worker near the Empire State Building had "absolutely no choice" but to open fire.

Raymond Kelly says surveillance video shows the gunman pulling out a pistol and pointing it at officers. The officers then drew their weapons and fired 14 rounds, killing the man, who has been identified as 58-year-old Jeffrey Johnson.

Nine passers-by were wounded in today's gunfire - some by stray police bullets.

Eugene O'Donnell, a former New York City police officer who is now a lecturer at John Jay College of Criminal Justice, says that although some of the people wounded by police bullets may file lawsuits against the city, officers have "a lot of leeway" when they have an "honest belief" that their lives - or the lives of civilians - are in danger.

"They're authorized to use as much force as necessary to extinguish the threat," says O'Donnell. "With the caveat that under New York State law you can't recklessly endanger people."

O'Donnell says that because public shootings like the one that happened Friday morning in Manhattan are very unusual, it's a rare cop who "isn't completely gobsmacked when it comes to this."

According to O'Donnell, officers are typically trained to see if they can find cover from a threat and assess the situation safely, but active scenes can unfold in a "nanosecond," leaving officers with little choice but to shoot.

Johnson, a women's accessories designer, allegedly shot and killed his former co-worker, Steven Ercolino before being killed by police. Johnson had worked at Hazan Imports but was laid off about a year ago. He and Ercolino had traded accusations of harassment when Johnson worked there, Kelly said. And law enforcement officials told the Associated Press that Johnson had been angry that Ercolino wasn't promoting his products.

All of the civilians wounded by stray bullets are expected to survive, and O'Donnell says that means the NYPD will likely be under less scrutiny for its actions than it would have had more people been killed.