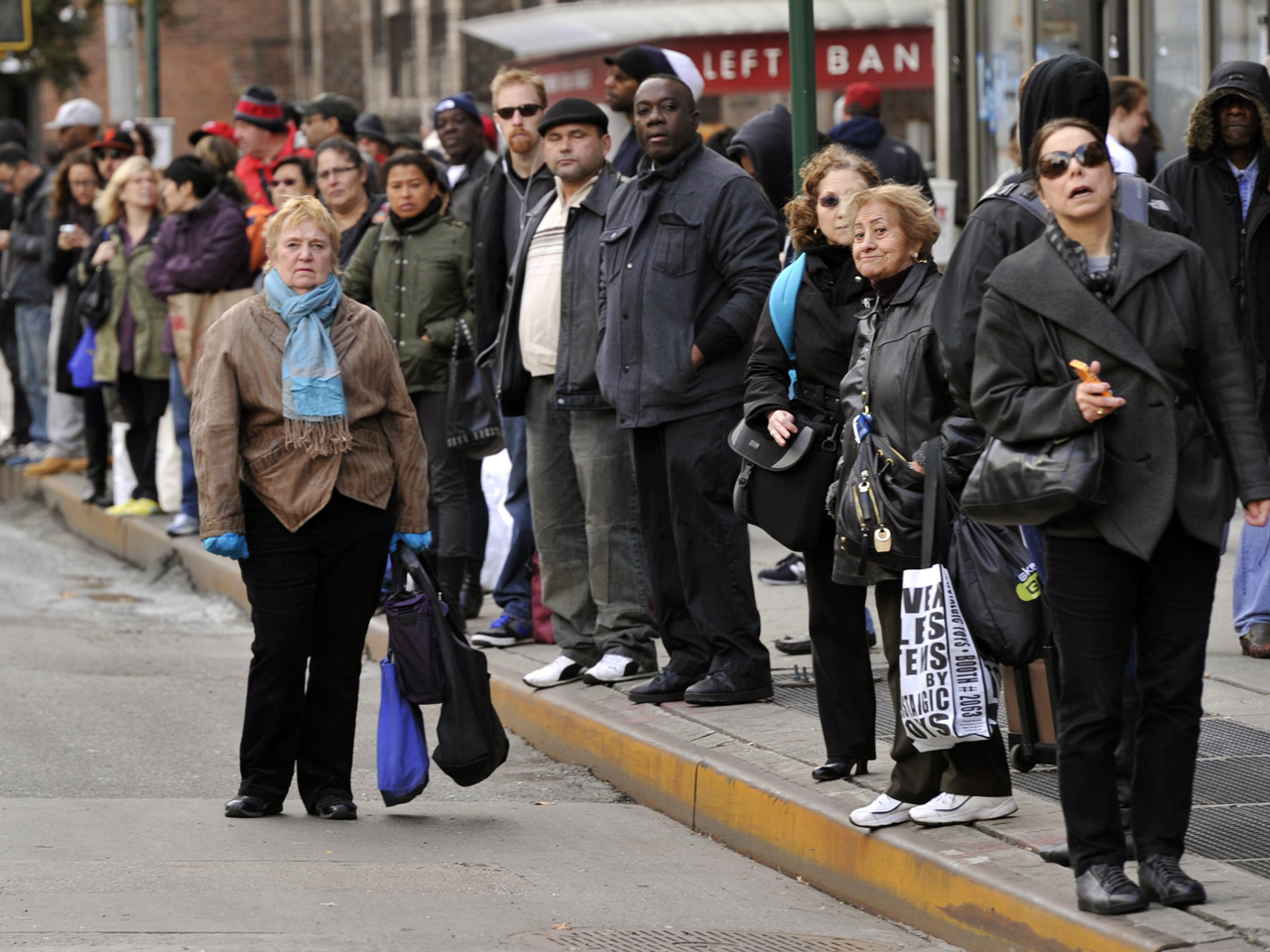 Cuomo said Wednesday the Metropolitan Transportation Authority fare waivers are to encourage people to use mass transit instead of driving into the city.

New York City Mayor Michael Bloomberg also announced Wednesday that, starting at 6 a.m. Thursday, only cars with at least 3 passengers will be allowed to enter the city.

Manhattan was mostly empty on Tuesday, but Wednesday it seemed a lot of folks decided the emergency was over and they came pouring into town.

Without the usual trains and subways, there was brutal gridlock on the roads.

Some of the rail service is returning. Joe Leader, the man who oversees maintenance for the Metropolitan Transit Authority took CBS News correspondent Jim Axelrod down for a look at the hardest-hit of all 468 New York City subway stations - South Ferry at the southern tip of Manhattan.

"We had barricaded up top with wood, plywood and sandbags to keep the water out, but when the surge came it brought down all this material that doesn't belong here -- large pieces of lumber and that broke through the barrier and allowed more water to come in," Leader said.

Even Wednesday, there was water just a few steps down from the tops of the steps, but the tracks are another two levels underneath that.

It will take a week alone just to pump out the water.

Limited mass transit has left city streets choked with cars -- a telling sign of just how badly the city needs to ease the stress on the roads.