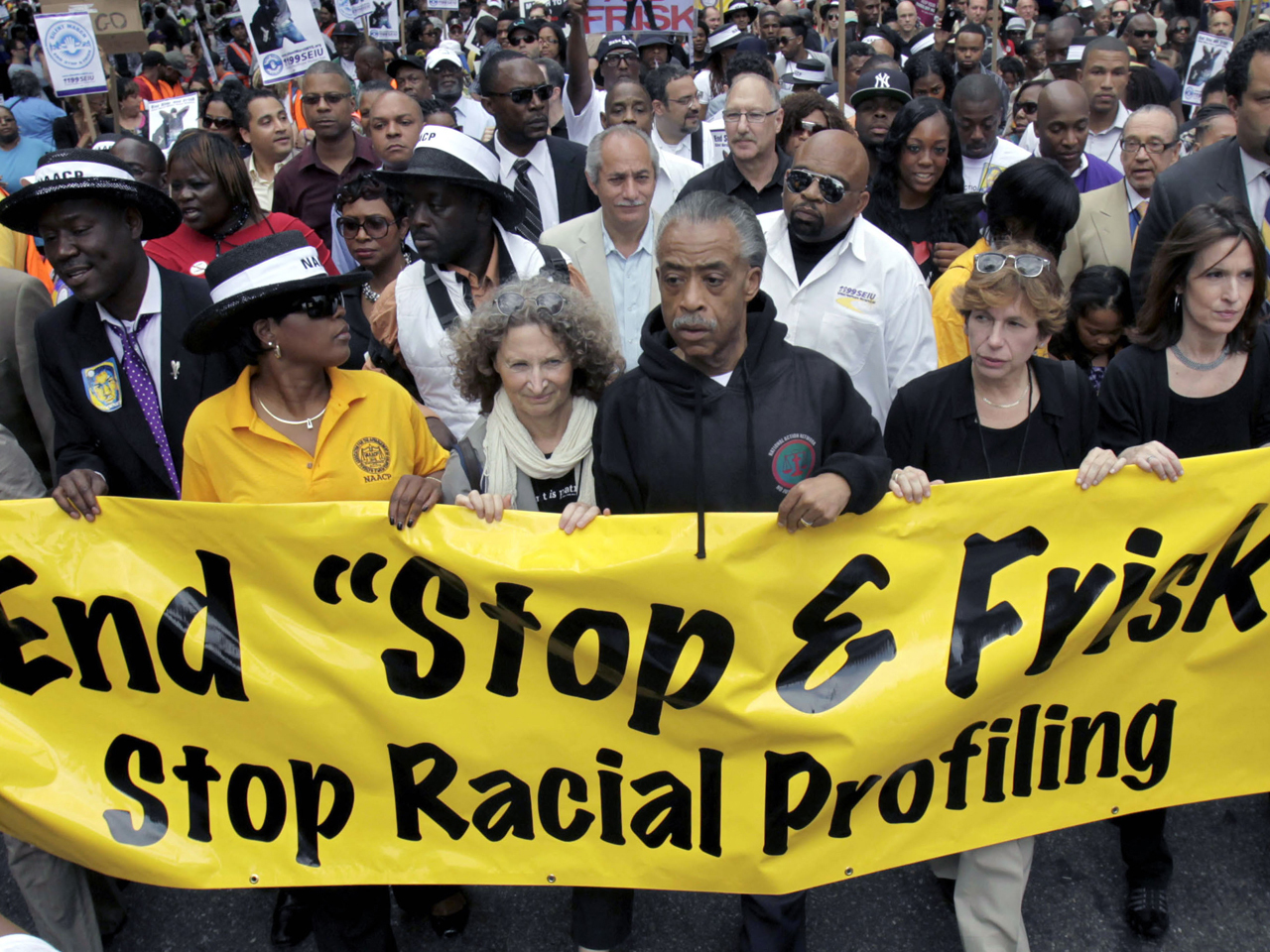 (CBS) -- Plaintiffs who sued the New York City Police Department after being stopped by officers on the street are "thrilled" with a judge's recent rebuke of the department's controversial "stop and frisk" practices, a lawyer on the case tells CBS News' Crimesider.

The class-action federal suit, first brought by four men against the NYPD and New York City, alleges that the police department has a practice of stops and searches that are "unreasonable, suspicionless and racially discriminatory." U.S. District Judge Shira Scheindlin presided over a 10-week bench trial this year that included testimony from police officers and 12 people who said they were wrongly stopped because of their race.

Monday, Scheindlin issued a ruling blasting the NYPD "stop and frisk" practices, which have been staunchly defended by New York City Mayor Michael Bloomberg and Police Commissioner Ray Kelly as a key crime-fighting tool. Ruling top city officials have "turned a blind eye to the evidence that officers are conducting stops in a racially discriminatory manner," she appointed an outside monitor to oversee reforms in police training and tactics.

A judge agreed on both counts, said Gretchen Hoff Varner, a lawyer with Covington and Burling, one of the firms who represented the plaintiffs in the suit.

"I was incredibly pleased to see the judge had heard the stories of the people who testified and validated the concerns and struggles they have faced as they've been stopped and frisked," Hoff Varner said. "This is a story about the customs and practices of the NYPD, but it's also a story about these 12 people who were unconstitutionally stopped or frisked or searched, and for whom this was more than a passing inconvenience - this was a Constitutional violation."

One of those stories is that of plaintiff David Ourlicht, 25, was stopped and frisked three times in the span of six months in 2008, according to the advocacy group the Center for Constitutional Rights.

Ourlicht, who is of Italian-American and African-American descent, was stopped for the first time in January 2008 as he was walking from a class to his Queens home. An officer stopped Ourlicht and asked for his identification, allegedly saying he thought he had a gun, but didn't find a weapon when he searched through his clothes.

After the search, Ourlicht wrote down the officer's badge number, saying, "You're taking my information, now do you mind if I take yours?"

That's when the officer allegedly threw Ourlicht against a wall and issued him a summons for disorderly conduct, which was later dismissed.

According to the Center for Constitutional Rights, Ourlicht was stopped twice more that year - part of the reason he transferred from St. John's University in Queens to SUNY Albany in 2009.

Now back in New York City, he carries a passport in case he's stopped by police, reports the advocacy group.

"David's story I think really explains the kind of burden young African American men and men of color live with in New York City," Hoff Varner said. "Just walking down the street makes police think they have reason to search them or stop them. The burden of suspicion these men live with on an everyday basis has a real impact on their lives."

According to the ruling, police made 4.4 million stops between January 2004 and June 2012. More than 80 percent of those stopped were black or Hispanic, and in more than half of the cases, the person was subjected to a frisk.

Stop and frisk is a police procedure that's available to officers nationwide, according to Eugene O'Donnell, a former New York City police officer and professor of law and police studies at John Jay College. It can be used by officers as a way to protect themselves while investigating potential crimes. If they don't have enough evidence to make an arrest, the Supreme Court holds that officers can stop and question someone if they have "reasonable suspicion" that criminal activity may be underway, and search them if they believe they may be armed, O'Donnell said.

However, an officer must be able to clearly articulate that suspicion, an element that was key in the judge's rebuke of New York City's stop and frisk practices. Citing analysis of police data, the judge found that at least 200,000 stops in New York City were made without reasonable suspicion although she said the actual number may be much higher.

Between 2004 and 2009, the percentage of stops where the officer failed to state a specific suspected crime rose from 1 percent to 36 percent, she wrote in the ruling.

"It has to be objective, so a person not involved can look at it and say - that's not just a whim or speculation, that points in the direction of somebody doing something criminal," O'Donnell said.

Along with the outside monitor, the judge ordered reforms including a pilot program to test body-worn cameras in the some of the precincts where most stops occurred.

"No one should live in fear of being stopped whenever he leaves his home to go about the activities of daily life," Scheindlin wrote in her ruling. "Those who are routinely subjected to stops are overwhelmingly people of color, and they are justifiably troubled to be singled out when many of them have done nothing to attract the unwanted attention."

"The NYPD's ability to stop and question suspects officers have reason to believe have committed or are about to commit crimes is the kind of policing courts across the nation have found for decades to be Constitutionally valid," he said. "If this decision were to stand it would turn those precedents on their head and make our city and in fact the whole country a more dangerous place."

"We train our officers that they need reasonable suspicion to make a stop," Kelly said. "I can assure you, race is never a reason to conduct a stop."

While an end to the practice would amount to "utter foolishness," O'Donnell said, stop and frisk procedures should be implemented carefully and based on evidence.

"The cost of not going it definitely would be lives lost," O'Donnell said. "...But it should be done only when it's absolutely required."