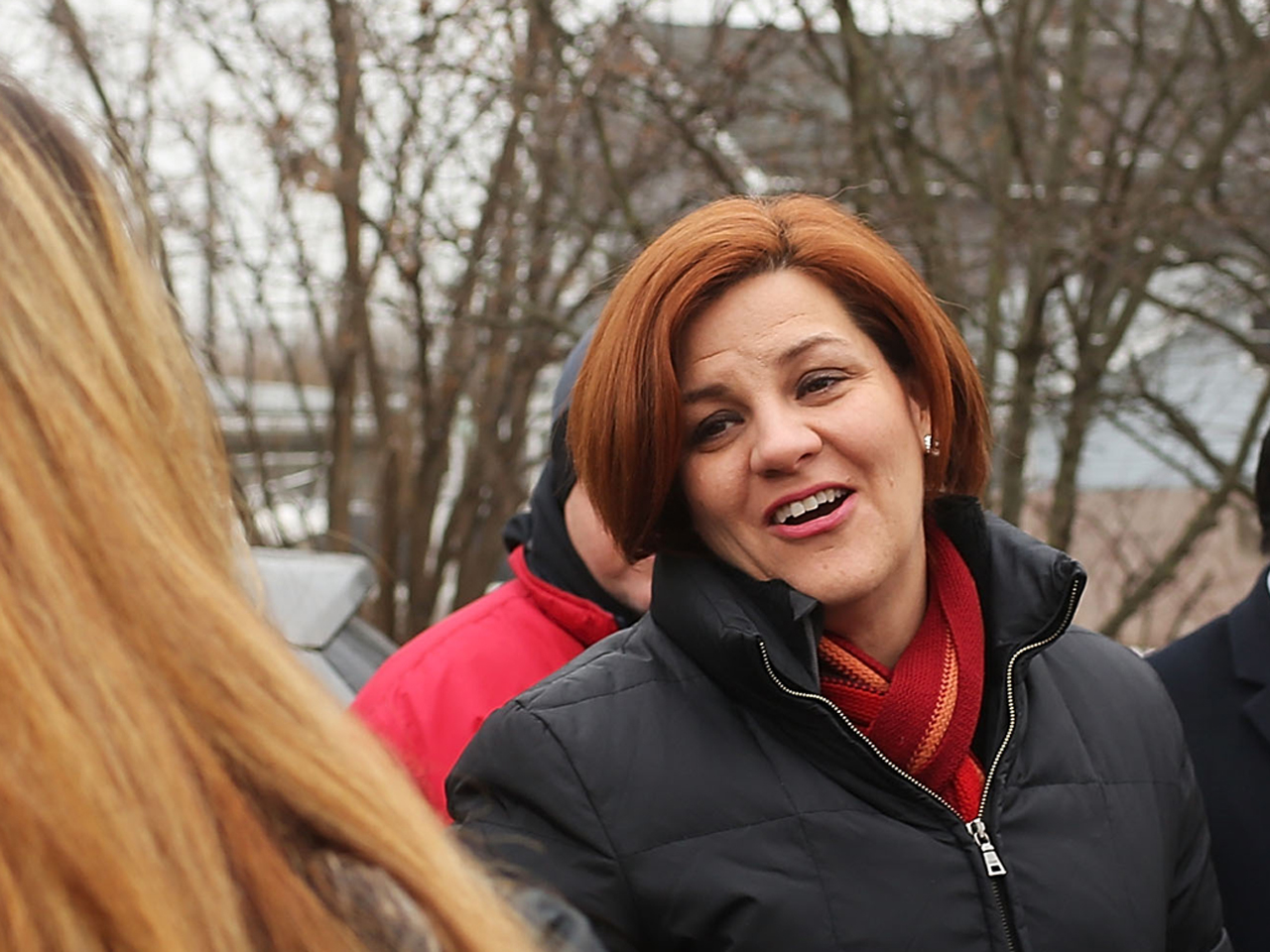 A veteran of city politics, Quinn would be a groundbreaking mayor across two personal dimensions: She would be the first female and first openly gay mayor to lead the nation's largest city.

Announcing through her Twitter feed that she's in the race, Quinn said she wanted to give middle- and working-class New Yorkers the same opportunities generations of her family got when they came here.

"I'm running for mayor because I love this city. It's the greatest place in the world," she said in a video linked to her post, before setting out to start what she called a walk-and-talk tour intended to take her to every neighborhood in the city before the Democratic primary in September.

A former tenant organizer and director of a gay and lesbian advocacy group, Quinn, 46, has been on the City Council since 1999 and its leader since 2006. The position has afforded her considerable exposure going into the crowded field of candidates vying to succeed term-limited Mayor Michael Bloomberg.

She's enjoyed a considerable edge over other Democratic contenders in polls. A Quinnipiac University poll late last month gave her 37 percent of the Democratic vote, while her opponents each got less than 15 percent. Registered Democrats outnumber Republicans more than 6 to 1 in the city, though that hasn't translated into Democratic success in a mayor's race since 1989.

Quinn has generally been perceived as likely to get the Republican-turned-independent Bloomberg's backing, and with it support from business leaders.

Some of her Democratic opponents have tried to use that against her, suggesting Quinn is too close to a mayor they say has sometimes turned a cold shoulder to the concerns of middle-class and working-class New Yorkers. Opponents have faulted her, for example, for joining Bloomberg in opposing a plan to require businesses with at least five employees to provide paid sick leave. Quinn has said it's a worthy goal, but now is not the economic time to do it.

She also has taken heat for helping Bloomberg get the council to agree to extend term limits so he could run for a third time in 2008, without asking the voters who had approved a two-term limit twice in the 1990s.

In office, Quinn leads 50 other council members and largely controls what proposals come to a vote. Under her leadership, the council has taken on matters including requiring electronics manufacturers to collect their products for recycling, making it tougher for immigration officials to deport people being released from city jails or police custody and barring employers from discriminating against unemployed job applicants — the last of which Bloomberg vetoed. Quinn has vowed the council will override his veto.

Quinn and her longtime partner, products liability lawyer Kim Catullo, married last year after more than a decade together. Their wedding guest list was a who's-who of New York politics, with Gov. Andrew Cuomo, Bloomberg and many other officeholders in attendance.

The year before, Quinn had invoked her personal story in lobbying state lawmakers to legalize gay marriage, a cause Cuomo championed. She called it "one of the best feelings I have ever had in my life" when the measure passed in June 2011.