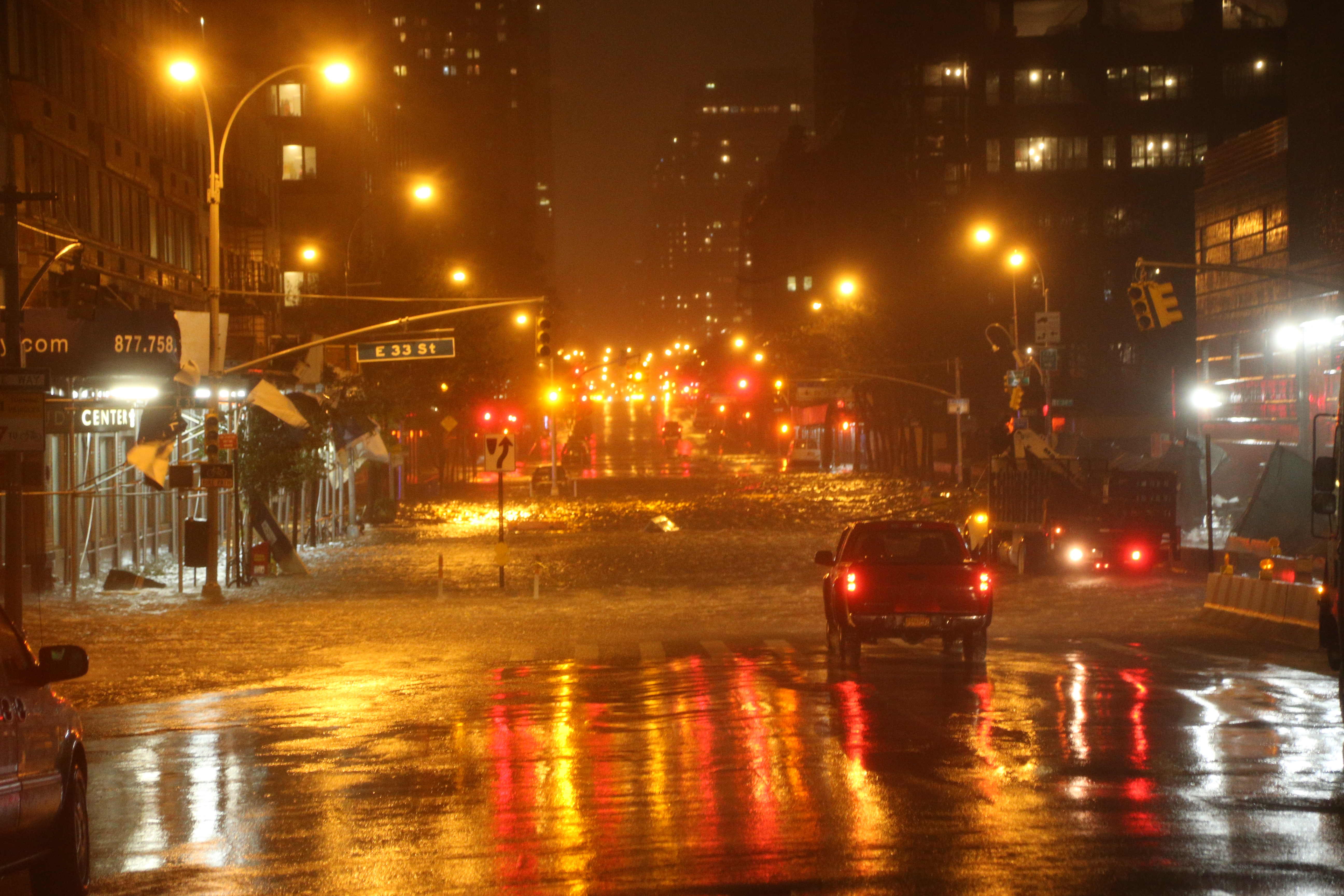 NEW YORK After two backup generators failed, one of New York City's hospitals was faced with the harrowing task of evacuating 300 patients -- many of whom were in critical condition.

Rescuers and staff at New York University Langone Medical Center in Midtown Manhattan, some making 10 to 15 trips down darkened stairwells, began their mission Monday night on the youngest and sickest first, finishing about 15 hours later.

Among the first out were 20 babies in neonatal intensive care, some on battery-powered respirators. Four of them had breathing tubes.

"Everyone here is a hero," Dr. Bernard Birnbaum, a senior vice president at Tisch Hospital, the flagship at NYU, told exhausted crews as he released all but essential employees late Tuesday morning. "Thank you, thank you, thank you."

NYU sent home about 100 of its 400 patients earlier Monday to lighten its load, starting the evacuation of the remaining 300 patients at about 7:30 p.m. when backup generators began to fail, spokeswoman Allison Clair said. There were no injuries during relocation. In an emailed statement to CBSNews.com, NYU Langone Medical Center said it had evacuaged all 300 patients by 11 a.m. on Tuesday morning.

"At this time, we are focusing on assessing the full extent of the storm's impact on all of our patient care, research, and education facilities. We will continue to provide updates as we learn more," they wrote.

Fifty to 70 ambulances from around the city lined up around the Manhattan block to transport the sick to Mount Sinai Hospital, the Memorial Sloan-Kettering Cancer Center, St. Luke's Hospital, New York Presbyterian/Weill Cornell Medical Center and Long Island Jewish Hospital.

"It's a challenging situation," NYU Medical Dean Robert Grossman told CBS New York station WCBS-TV. "We drill all the time for this kind of thing. But this isn't a drill. This is the real thing."

Margaret Chu, 36, of Manhattan, gave birth to a son, Cole, shortly before noon Monday. "Then, a couple of hours later, things got a little hairy. The electricity started to flicker and the windows got shaky," she said from LIJ's Lenox Hill, where she was transported after generators failed and NYU was plunged into darkness.

Chu, accompanied by husband Gregory Prata, was able to walk 13 flights into a waiting ambulance with help from staff and first responders lighting the way by flashlight. She said other women who had given birth during the storm and were evacuated were carried down on sleigh-like gurneys.

"Everybody was pretty calm. I would call it organized chaos," she said.

CBS News medical correspondent Dr. Jon LaPook reported that the hospital's two medical generators --one which was located on the roof and the other on a lower level -- had failed by 11 p.m. The lower level generator had flooded, and a pump fueling the roof generator.

Mayor Michael Bloomberg was clearly angry about the NYU Medical Center crisis when he addressed reporters late Monday, saying hospital officials had assured the city they had working backup power.

Last year, NYU evacuated in advance of Hurricane Irene on the order of city officials, Clair said. "This year we were not told to evacuate by the city."

Without power, there are no elevators so patients -- some of whom were being treated for cancer and other serious illnesses - were carefully carried down staircases. As the evacuation began, gusts of wind blew their blankets while nurses and other staff huddled around the sick on gurneys, some holding IVs and other equipment.

Jo-An Tremblay-Shepherd gave birth to her son Jackson 27 weeks early, and mother and child were at the hospital when the power went out. A nurse led them down the stairs while cradling Jackson and holding his oxygen tank.

"We had to go down nine flights of stairs that were wet and had adult patients lying on the floors in like stretchers," Tremblay-Shepherd told CBS This Morning. "It was pretty crazy, and all this in complete darkness."

Jackson is doing fine at Montefiore Medical Center, especially considering the long drive it took to get there, his mother said.

The scene was reminiscent of hospital evacuations in New Orleans after Katrina, with patients being carried down stairs on stretchers because elevators were out, and nurses squeezing oxygen bags for them because there was no power to run breathing machines.

The difference is that in New Orleans, patients were trapped in flooded hospitals; in New York, dozens of ambulances could get through to move patients to safety.

Most of the power outages in lower Manhattan, where Tisch is located, were due to an explosion at an electrical substation, Consolidated Edison said. It wasn't clear whether flooding or flying debris caused the explosion, said John Miksad, senior vice president for electric operations at Con Edison.

At NYU, sporadic telephone service made it difficult for the hospital to notify relatives where patients were taken. It relied instead on receiving hospitals to notify families.

One new parent, Jeremy Donovan, came back through the storm to NYU to check on his son William who had been born three weeks ago with congenital heart disease and had just had surgery. He waited outside for two hours before a doctor was able to take him to see his son.

"We kind of jogged/ran 15 flights of stairs to his floor and got to the top of the steps and the floor was pitch black," he said to CBS This Morning. "I found my son and I found his nurse and that was kind of an awesome moment, and then we just walked down together."

Donovan is thankful for that the hospital staff was able to respond and work during stressful conditions.

"They didn't choose the hurricane they didn't choose the power outage, but they responded perfectly to it," he said. "As a parent, it's very intense to deal with something like this with your kid, but to know he's getting the best possible care has meant the world to my wife and I and we're just really grateful."

Until the generators failed, Chu considered herself and her new baby out of harm's way. By the time she was evacuated, the streets were eerily silent and the night sky lit up by emergency lights of waiting ambulances.

"My son will appreciate this someday," she said.

One hundred Manhattan VA Medical Center patients were evacuated by 6 p.m. Sunday due to the hospital's proximity to the flood zone and the hospital was closed through the end of the week, a spokesperson told CBSNews.com. Staff directed those patients to the Brooklyn and Bronx VA facilities. In the event of an emergency, patients who would have gone to that hospital are asked to to call 911.

Coney Island Hospital and Emergency Room have been closed until further notice, according to a statement the NYC Health and Hospitals Corporation gave to CBSNews.com. As of Tuesday, the hospital was on limited emergency power, and was using it to remove water that has seeped into the hospital. About 200 patients were affected and have been discharged or sent to other HHC and non-HHC healthcare facilities.

Despite losing power during the storm, Bellevue Hospital is still open and operating on backup generators, the HHC said. About 700 patients are still at the location, but 13 critical ventilator patients were transferred to other HHC and non-HHC facilities. The basement has flooded, and the FDNY are using pumps to remove the water.