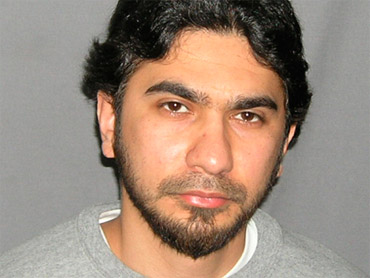 Shahzad appeared dressed in traditional Pakistani dress and dress turban, and his video image was cropped off and against a blue background.

"This attack on the United States will also be a revenge attack for all the Mujahideen, the migrants, the weak, and the oppressed Muslims, such as martyr Baitullah and Abu Mus'ab al-Zarqawi and all the Arab and Muslims who were martyred. I shall carry out this attack on their behalf, and I hope that the hearts of Muslims shall be pleased with this attack, inshallah."

"Eight years have passed since the Afghanistan war and you shall see how the Muslim war has just begun and how Islam will spread across the world," the television quoted the man as saying.

"One of the most prominent thing in Islam when I came to it was Jihad," he continues. "People do their prayers, pay Zakat, fast, and perform Hajj. They follow one part of the religion, and drop another, which is the fight for the sake of Allah. Jihad means holy war for the sake of god .. it is one of the holiest deeds in Islam, and one of its pillars. With Jihad the word of Allah is raised higher, and his religion prevails. By abandoning it (Jihad), religion is destroyed, and Muslim are put in a humiliating position; their lands are stolen, and their authority is stripped from them. Eight years now have gone since the war on Afghanistan, and you shall see that the Muslims' war is only just beginning. We shall tell you how Islam is going to spread all throughout the world."