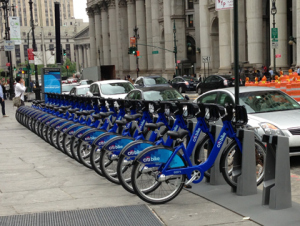 (CBS) NEW YORK - A New York University student has won a battle with the city, over $475 in wrongful parking fines she racked up when authorities moved her car to an illegal spot, CBS New York reports.

Graduate student Patricia Preston, 27, had parked her Honda Civic on a New York City street on April 30, according to a report by the New York Post. But when she came back, she found her car was no longer in the spot where she left it, and a "Citi Bike" bike sharing rack had appeared where her car had been once parked, the newspaper reported.

A tow truck had reportedly moved Preston's car so that the bike rack could be installed and, according to the newspaper, it had been relocated to an illegal spot and was parked backwards.

Preston was the one held responsible, landing three tickets - two for $95 and one for $65, the newspaper reported. She was also hit with $220 in fees for the towing, according to the paper.

Preston fought the ticket all the way to the Department of Transportation and ultimately got the department to admit responsibility for the towing to an illegal spot, the Post reports.

A judge reportedly dismissed all the fines and ordered a $220 refund for the towing fees.