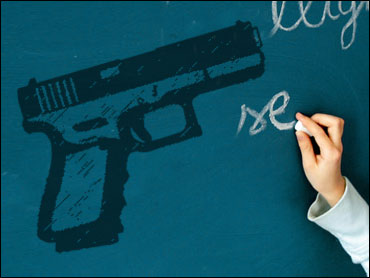 Authorities in suburban New York say a school superintendent wrestled an armed man to the ground in a middle school and took the gun away.

Police in Rockland County say no shots were fired around noon Tuesday at South Orangetown Middle School in Blauvelt, about 20 miles north of New York City.

A school spokesman told CBS 2 that the gunman entered the superintendent's office in the school, but was quickly apprehended.

Authorities say the man was arrested and the students are "100 percent safe." The school remains locked down.

A SWAT team, paramedics and an armored vehicle were called.

Kleiner says the superintendent pinned the man down until police arrived.

No one was injured in the incident.