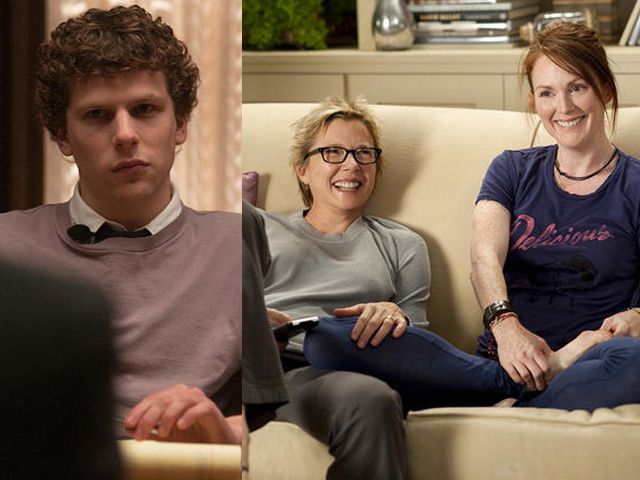 The New York Film Critics Circle selected the Facebook movie "The Social Network" as the year's best film, and honored its director, David Fincher. But the group also friended "The Kids Are All Right" with three awards.

Annette Bening won Best Actress and Mark Ruffalo took Best Supporting Actor for the comedy about a lesbian couple whose children search for their father/sperm donor.

"The Kids Are All Right" also won the group's Best Screenplay award.

Best Actor went to Colin Firth for "The King's Speech."

Best Supporting Actress was Melissa Leo for "The Fighter."

But the critics skipped "Toy Story 3," a front-runner for the Best Animated Feature Oscar and a possible nominee for Best Picture, giving its award for Best Animated Film to "The Illusionist," from France.

The New York Film Critics have often been prognosticators for the ultimate Oscar winners (and are almost as often proud of NOT choosing trhe ultimate Oscar winner). "The Social Network"'s sweep of major critics' groups for Best Film bodes well for its chances at the Academy Awards, whose nominations will be announced in January.