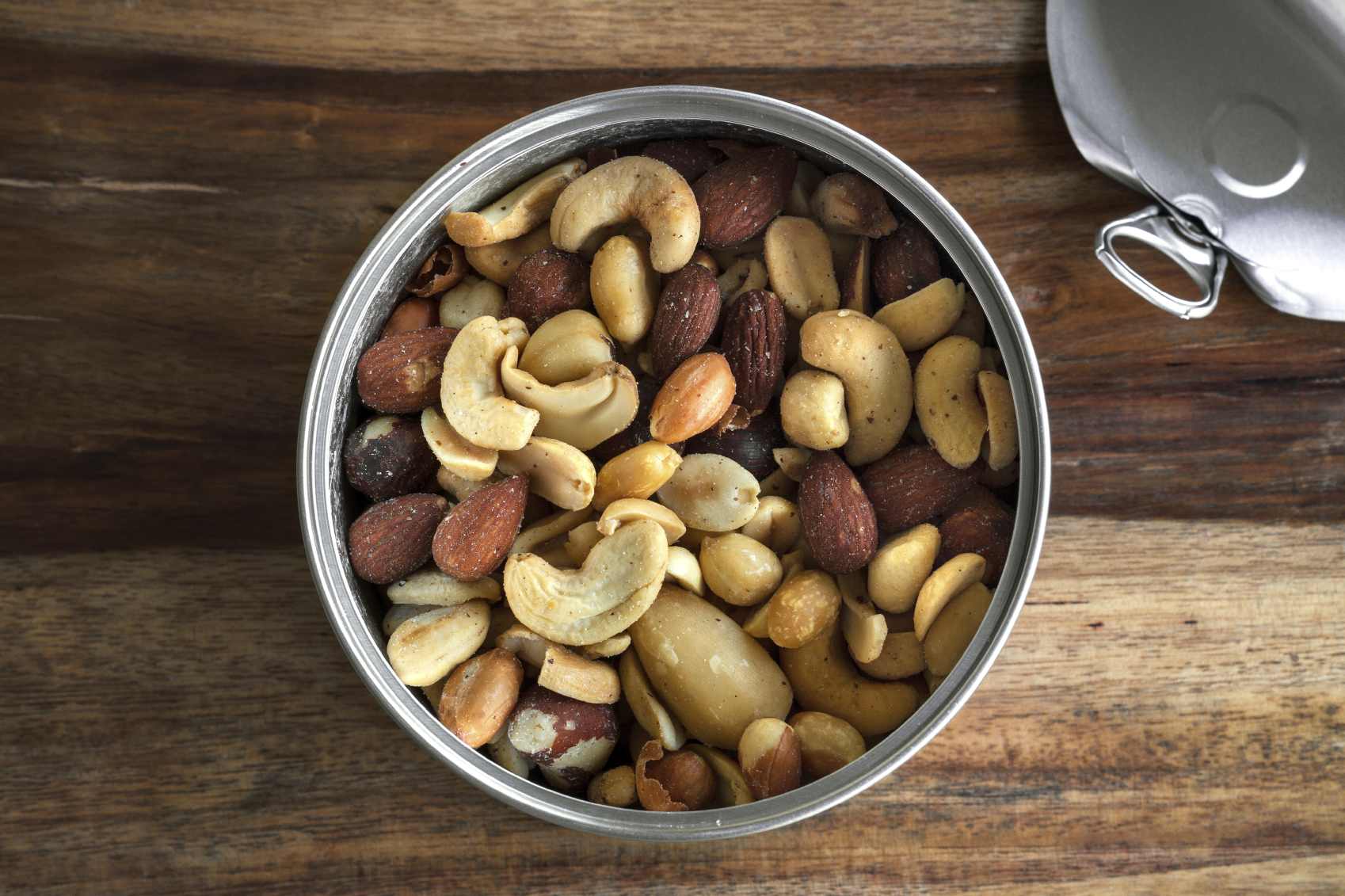 A handful of nuts is more than just a tasty snack -- it could be a seriously healthy habit. While previous research has highlighted the health benefits of eating nuts, a new study expands on those findings and suggests the high-protein snack may actually decrease the risk of death from a number of chronic diseases.

The research, published in the International Journal of Epidemiology, found that consuming at least 10 grams of nuts or peanuts per day was associated with a lower mortality rate from respiratory disease, neurodegenerative diseases (a category that includes Alzheimer's and Parkinson's disease), diabetes, cancer, and cardiovascular diseases. Consuming peanut butter was not found to have any protective benefits.

Researchers looked at data from 120,000 men and women aged 55 to 69 who participated in the Netherlands Cohort study, which has been running since 1986. Participants were asked questions about how frequently they ate tree nuts, peanuts, and peanut butter, and how much they consumed.

"Compared to those not eating any nuts or peanuts, the relative reductions in mortality rate for people who consumed at least 10 grams of nuts or peanuts per day were 23 percent regarding total mortality risk (all deaths), 21 percent for cancer, 17 percent for cardiovascular deaths, and 39 percent for respiratory deaths," project leader and epidemiologist Professor Piet van den Brandt told CBS News.

Ten grams of nuts equals less than a half handful. Eating more than 15 grams "was not associated with further reduction in mortality risk," Van den Brandt noted in a statement.

To support their findings, the researchers also conducted a meta-analysis of previously published studies on the effect of nut consumption on cancer and respiratory mortality. The research showed a similar pattern.

Longevity expert Dan Buettner, who examined the diets that have sustained some of the oldest living humans over the last century for his book "The Blue Zones Solution," said the study is consistent with his findings.

"By examining 155 dietary surveys conducted over the last century in all five Blue Zones, we found that legumes -- including peanuts -- were the cornerstone of every longevity diet in the world," he said. "Also, eating a handful of nuts is associated with 2 - 3 years of increased life expectancy." The "Blue Zones," or areas where people have the highest life expectancy, that Buettner studied are Okinawa, Japan; Sardinia, Italy; Loma Linda, California; Icaria, Greece; and the Nicoya Peninsula of Costa Rica.

One possible reason for the association between eating tree nuts and peanuts and lower death rates is that both contain so-called "good fats" -- monosaturated and polysaturated -- as well as fiber and various vitamins.

But as Buettner pointed out, it is unknown whether the relationship is causal. "We don't know if it's something in nuts that contributes to our health or if people who eat nuts therefore eat fewer chips and other salty snacks," he said.

Peanut butter, on the other hand, contains additional ingredients such as salt and vegetable oils, which could explain why its consumption was not found to be associated with lower risk of death.