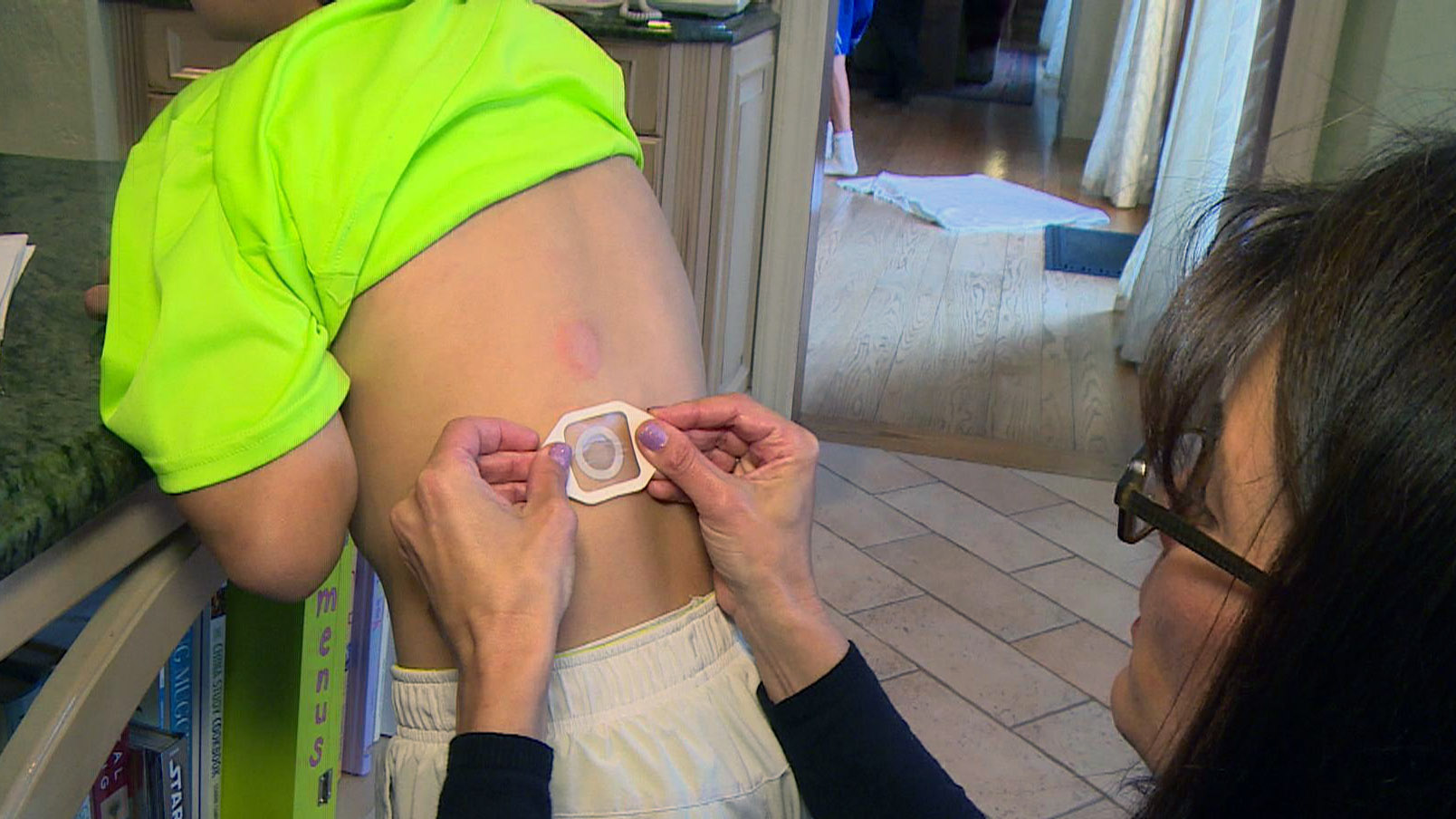 About three million Americans are allergic to nuts, and most of them are allergic to peanuts. But relief may be on the way. A new study says the allergy patch Viaskin is showing promise.

Nine-year-old Josh Mandlebaum is fearless on the tennis court, but not so much when it comes time for the handshake.

"Whenever I walked into a tennis match, I was scared that if I shook someone else's hand that I could have a reaction," he said.

He is severely allergic to peanuts.

"There was nothing short of avoiding the food and like being that parent that looks everywhere," said Josh's mother Lianne Mandelbaum.

Josh is one of 221 patients in a new peanut allergy therapy trial. He wears a patch that releases peanut protein into the skin.

The goal is to gradually familiarize the skin cells to peanuts. So far the results are promising, with no serious side effects other than some slight discomfort.

The study found that the patch allowed participants to have a higher tolerance for peanuts. Fifty percent of patients could eat up to four peanuts by the end of the year.

"The big advantage with this patch is the safety and convenience," said Dr. Hugh Sampson with Mount Sinai in New York. "With the patch we see local reactions but no systemic reactions."

The study is only one-year-old. It will take several years and a larger trial before the patch could become available to the public. But last year Josh could only tolerate a quarter of a peanut -- now that has increased to two peanuts.

That may not sound like much, but it means Josh can focus on the match, and not the handshake afterward.