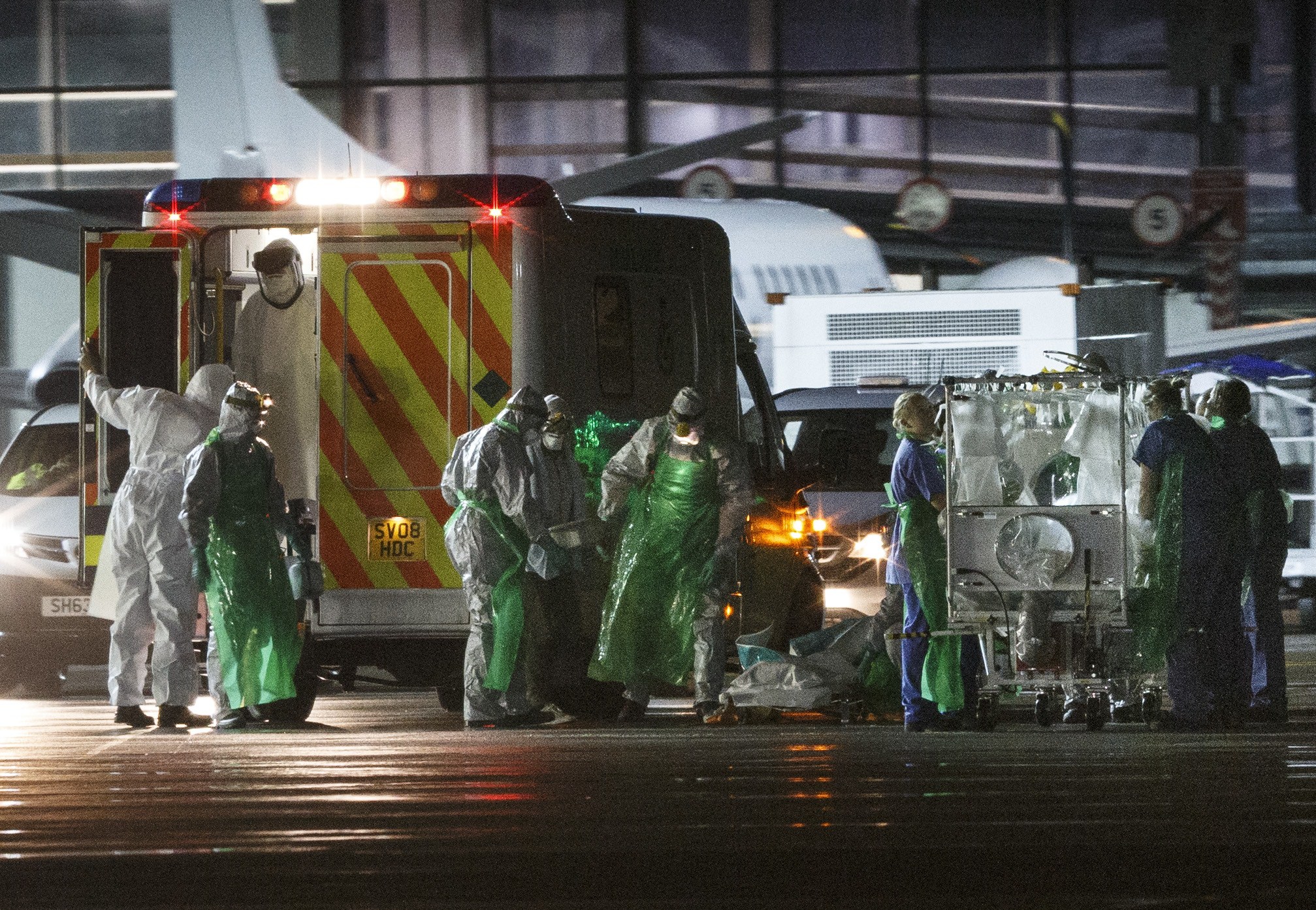 LONDON -- A British health care worker who contracted the Ebola virus in West Africa has been transferred from Scotland to an isolation unit in London for specialist treatment.

The woman arrived at the Royal Free Hospital in north London on Tuesday. She was transferred from Glasgow on a military plane in a quarantine tent.

Officials have not identified the patient, but she has been named by the BBC and other media as public health nurse Pauline Cafferkey.

She arrived in Britain on Sunday night from Sierra Leone and became ill Monday morning. Officials say she is the first patient diagnosed with Ebola inside Britain.

Scottish First Minister Nicola Sturgeon said "she is doing as well as can be expected in the circumstances."

The patient had worked with the charity Save the Children in Sierra Leone, one of the countries worst hit by the deadly disease.

In a diary published in The Scotsman newspaper before she returned, Cafferkey said that "my nice community- nursing job in (Scotland) is far removed from this but at the moment this seems a lot more real."

Officials are tracing passengers who traveled with her on her journey home via Casablanca and London's Heathrow Airport.

Paul Cosford, director for health protection for Public Health England, said the passengers were being contacted "on a very precautionary basis."

"But I would emphasize the risk is extremely low to anybody else outside of the hospital treating her," he told the BBC.

The only previous victim of the often-fatal disease in Britain was William Pooley, a nurse who contracted the disease while treating patients in Sierra Leone. He recovered after treatment in London and returned to West Africa.

Since an Ebola outbreak began in December 2013 in the West African country of Guinea, there have been more than 20,000 cases and more than 7,800 deaths, mostly in Liberia, Guinea and Sierra Leone.