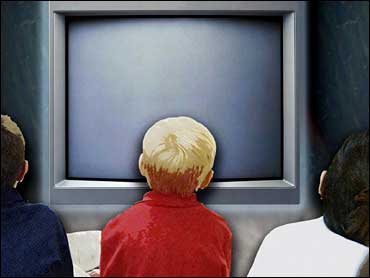 The number of children killed or injured by falling television sets appears to have risen even as more consumers replace their clunky old TVs with lighter flat screens, studies suggest.

The reason for the rise isn't clear but could result from traditional TV sets becoming heavier and, an industry official suggests, households choosing a flat screen for their main TV and relegating old sets to rickety furniture in other rooms.

A team from the Center for Injury Research and Policy at Nationwide Children's Hospital in Ohio reviewed data from 100 emergency rooms and estimated that about 14,700 furniture-related injuries occurred each year between 1990 and 2007 - almost half due to TV sets, the most common article involved in the accidents - and resulted in about 300 deaths.

The research, published in October in the journal Clinical Pediatrics, showed that the number and rate of injuries to youngsters from falling furniture increased significantly over the period. The rate generally rose from 18.8 per 100,000 people in 1990 to 22.9 in 2007, peaking at 25.7 in 2004.

A similar report from the U.S. Consumer Product Safety Commission last year estimated 42,700 injuries and 180 deaths associated with appliance, furniture and television instability and tip-overs from 2000 to 2006; 87 of the deaths involved televisions. The number rose from seven in 2000 to 23 in 2006.

Several children have been killed or injured in recent weeks alone. A 2-year-old New Jersey boy died Dec. 7 when he tipped over a chest of drawers holding a large TV set. A 10-month-old Philadelphia boy was critically injured Dec. 10 when a television fell onto him. An 11-month-old Phoenix girl died a month ago after her 2-year-old brother pulled a television off its stand while trying to change the channel.

Other recent accidents killed a 6-year-old California girl and seriously injured a 3-year-old in Florida.

"Every day, in this country, about 40 young children are rushed to emergency departments with injuries after a heavy piece of furniture has fallen on them," said Gary Smith, director of the Ohio injury research center and a member of the team that conducted the study. "This is not a small problem; it's a common problem, and it's increasing."

Many of the injuries have involved heavy standard cathode-ray tube TVs, which are weighted to the front and can be tipped forward by a child, said Arlene Flecha, spokeswoman for the safety commission, which is doing another study following up on furniture injuries to gain more details, such as the types of televisions involved.

The burgeoning popularity of flat-screen televisions could eventually lead to fewer injuries because they are not as front-heavy, the study said.

Newer cathode sets are larger and heavier than old models. And while 53 percent of consumers now own flat-panel models, roughly half of them probably still own the older models and might be shifting them from a proper TV stand into a bedroom or other room and placing them less securely atop a table or dresser, said Megan Pollock, a representative of the Consumer Electronics Association.

Of the deaths studied by the Ohio group, 93 percent were due to dressers and TVs falling onto children, and almost all victims were 3 or younger and died of head injuries or suffocation.

For Sylvia Santiago, of West Haven, Conn., news accounts of the recent deaths reminded her of the crash that awakened her in July at a friend's home. A heavy TV set had fallen from a low stand, and it took Santiago a while to see her 2½-year-old daughter lying beneath it.

"When I looked down, all I saw was her legs underneath the TV," said Santiago, 23. Her daughter, Janiyah Powe-Santiago, died a week later.

Parents should anchor heavy televisions to the wall, said Smith, the researcher, adding that anchoring devices should be sold along with TVs.

"Just like we wouldn't sell a motor vehicle without a seat belt in it, there is no safe way to put a large piece of furniture in a home where children live and play and have that be a safe environment," he said. Parents should also never put a remote control, toy or other enticing object on a TV, dresser or shelf that a child might try to reach, he said.

Pollock said the industry has been trying for years to educate consumers about the problem through public service campaigns and instructions included with TVs.

While the dangers could fade as the lighter flat panels dominate more of the market, Flecha pointed out that even some of them are "humongous" and should also be placed with care.

Santiago, now studying to be a paralegal, said she never thought about the danger posed by a heavy television set on a low stand. She said she struggled through Janiyah's birthday last month and that the approaching holidays feel like "round two."