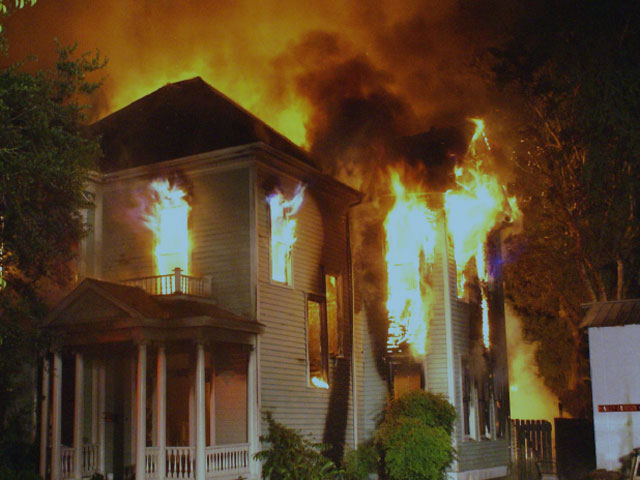 (CBS/AP) VICTORIA, Texas - Some nude photos hanging in a South Texas firehouse proved a little too hot to handle for officials in Victoria, who have fired two male firefighters for violating the city's conduct policy.

The pictures included men in sexually provocative poses, and were displayed at Victoria Fire Station No. 2, the Victoria Advocate newspaper reported Friday.

The newspaper obtained copies of a montage of about 10 photos through an open records request after the city announced the dismissals Wednesday. The firings came on the heels of a city investigation into a complaint about the photos.

The city declined to release the names of the firefighters who were fired.

"To protect all parties involved in internal investigations, the city will not comment on individual cases," said O.C. Garza, a spokesman for the city of 63,000, located 110 miles southwest of Houston.

The incident violated the city's conduct policy, Garza said. Conduct that interferes with operations, discredits the city or is offensive to customers or fellow employees will not be tolerated, according to the city. City employees are trained on city policies, Garza said.