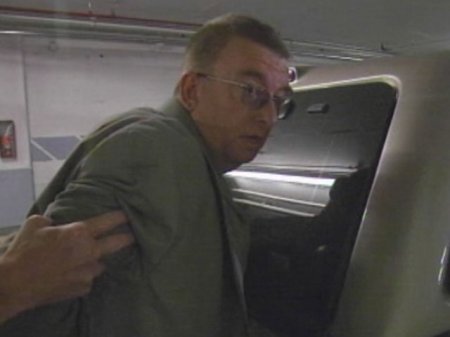 (CBS) DENVER - A convicted thief is once again accused of the same thing that got him arrested in the past.

Don Tuttle allegedly tells women he's looking for nude models and then doesn't pay up, according to CBS Denver.

The station first met up with Tuttle four years ago after several women accused him of running the nude modeling scam in the Denver metro area.

Tuttle would allegedly tell women he was an artist who would pay them to model nude so he could "paint them." The "models" said he never made good on his end of the bargain.

Tuttle was convicted of theft and jailed.

After he was released, Tuttle decided to make a 'fresh start' in Vegas - allegedly trying the same old scam, with women saying Tuttle posted ads for nude models, coaxing them into baring all for a fee, which he typically did not pay.

Police in Las Vegas arrested Tuttle, too, but he's back on the streets once again, according to CBS Denver.

Amber Stevens, a 31-year-old single mother, said she and a friend recently responded to an ad on Craigslist from someone offering $50 an hour for nude female models.

Stevens, from Denver, said the artist was - you guessed it - Don Tuttle, who claimed the art would be part of a charity project.

"We took off our robes and we sat while he sketched us," said Stevens.

She said after hours of nude modeling, Tuttle never paid up.

"Just a bad person who is only out for his own interests which I think is just to see women naked," Stevens told CBS Denver.

Tuttle now lists a Denver homeless shelter as his address.

He responded to CBS Denver's requests for a comment by email, stating the latest accusations are a "civil matter" and said if the station continued with the story to warn women about him, "I am going to sue you."