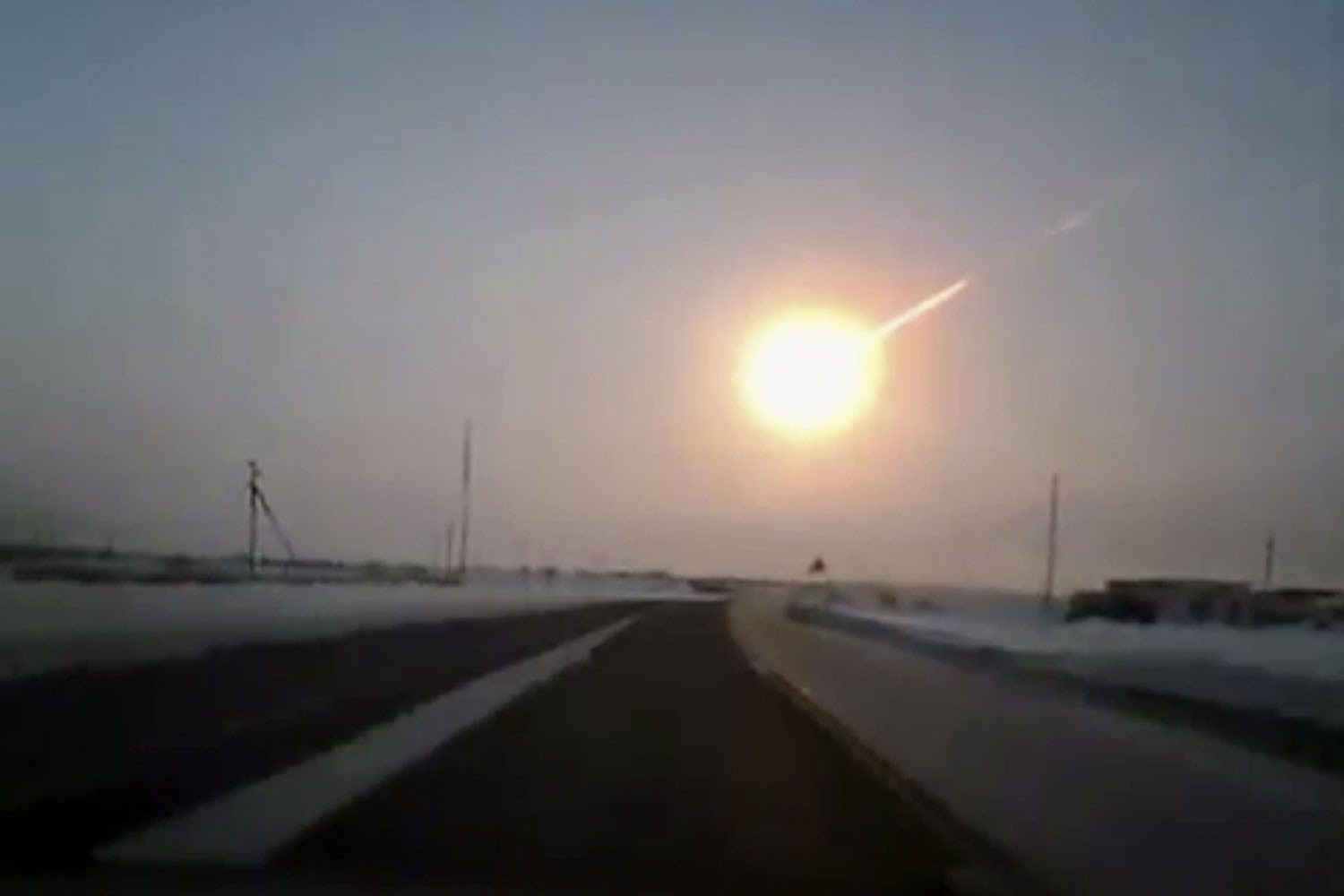 Nearly a year after a meteor unexpectedly exploded in the skies over Chelyabinsk, Russia, wreaking millions of dollars in damage and more than 1,200 injuries, a team of scientists says there is a way to destroy these life-threatening asteroids before they break into the Earth's atmosphere. The solution, they say, is using nuclear bombs.

They believe the weapons could safely destroy nearly any asteroid, even when there is minimal warning time, Space.com reported.
The report coincides with another close call, the fly-by of an asteroid the size of three football fields which streaked past Earth Monday night at speeds of about 27,000 miles per hour. It came within about 2.1 million miles, a relatively small distance in galactic terms.
The latest research on combatting the threat of an asteroid impact was presented at the 2014 NASA Innovative Advanced Conepts (NIAC) meeting on Feb. 6 by Dr. Bong Wie, director of the Asteroid Research Deflection Center (ADRC) at Iowa State University. The presentation came just shy of the one-year anniversary of the Chelyabinsk event.
On Feb. 15, 2013, a previously undetected 65-foot-wide meteor exploded in the skies over the Russian town. It glowed at 30 times the brightness of the sun and caused a shock wave that damaged buildings and shattered glass dozens of miles away.
"A couple of years ago, I had to use the dinosaur example to justify our research," Wie said. "Now, that's no more — we had this major event."
Wie and his team say it's only a matter of time before another asteroid makes its way into the Earth's atmosphere. To prepare for these threats, they are creating a concept spacecraft called the Hypervelocity Asteroid Intercept Vehicle (HAIV).
The plan calls for the HAIV to intercept an asteroid in deep space. Once within range, it would send a kinetic impactor into the asteroid to carve out a crater. One millisecond later, the nuclear bomb would land in the crater and detonate, tearing the space rock apart. Detonating in a crater, rather than on the surface, increases the force by as much as 20 times, Wie explained.
According to computer simulations Wie's team created, destroying a 1,000-foot-wide asteroid with about 30 days warning would result in less than 0.1 percent of the fragments actually striking Earth.
"We would have a heavy meteor shower, or maybe 100 Chelyabinsk meteor events," Wie said. The effects would be minimal compared to the potential devastation caused by a 1,000-foot-wide asteroid striking Earth. If it hit, the single impact would be about 150,000 times stronger than the power of the bomb dropped on Hiroshima on August 6, 1945.
The HAIV would be coupled with an advanced asteroid-warning system. He suggested the University of Hawaii's Asteroid Terrestial-impact Last Alert System (ATLAS). ATLAS warns of 26-foot-wide asteroids 24 hours in advance, 148-foot-wide asteroids one week early, and 459-foot asteroids three weeks early. UH scientists expect ATLAS to be operational by 2015.