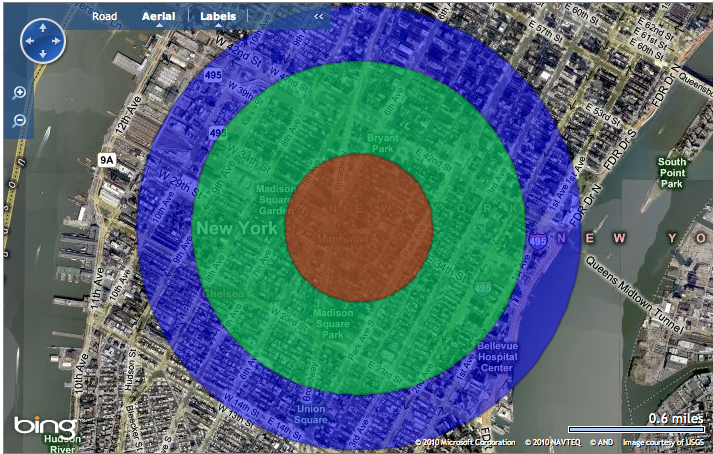 For nearly 65 years, a cloud has been hanging over the human race -- the possibility of a nuclear bomb that could incinerate millions of people. Fortunately, for more than six decades and a proliferation of nuclear nations and armaments, cooler heads have prevailed.

The major nuclear powers are making efforts to continue the streak of nuclear deterrence. Last month, the U.S. and Russia signed a new Strategic Arms Reduction Treaty (START) that will reduce their nuclear stockpiles by about 30 percent over the next several years, and President Obama hosted a 47 nation Nuclear Security Summit in Washington. This week, representatives from 189 nations are meeting New York for Nuclear Nonproliferation Treaty (NPT) review conference to deal with the potential spread of nuclear weaponry in the Middle East and other parts of the world.

Unfortunately, the fact that August 9, 1945 was the last time a nuclear bomb was detonated and 189 countries are discussing how to stop the spread of nuclear weaponry doesn't mean that the likelihood of a nuclear bomb detonating and killing tens of thousands or even millions of people is anywhere near zero.

Various experts estimate the chances of a nuclear detonation in the next 10 years at somewhere between 10 and 30 percent.

"If the odds are 1 percent per year, in 10 years the likelihood is almost 10 percent, and in 50 years 40 percent if there is no substantial change," he said.

Hellman, who has been focusing on nuclear deterrence for the past 25 years, said that a baby born today, with an expected lifetime of 80 years, faces a greater than 50-50 chance that a nuclear weapon attack will occur unless the number of weapons and available weapons-grade material is radically reduced.

Even if the horizon for a nuclear detonation were extended to 1,000 years, with the threat calculated at 0.1 percent per year, a child born today would have about a 10 percent chance of not living out his or her natural life, Hellman estimated. "The risk would be equivalent to having your home surrounded by a thousand nuclear power plants (each with a one million year time horizon) or the equivalent of sky diving twice a week, but with the whole world in the harness," he said. (A full explanation of Professor Hellman's modeling can be found here. )

In a 2005 survey of 85 national security experts, 60 percent of the respondents assessed the odds of a nuclear attack within 10 years at between 10 and 50 percent, with an average of 29.2 percent. Nearly 80 percent of respondents expected the attack to originate with a terrorist group.

The effects of a nuclear detonation would be catastrophic. According to Bunn, a 10-kiloton bomb (equivalent explosive power to 10,000 tons of TNT and modestly smaller than the Hiroshima bomb) detonated in midtown Manhattan in the middle of workday could kill half a million people and cause $1 trillion in direct economic damage.

The 20-kiloton nuclear bomb dropped on Nagasaki required 6 kilograms of plutonium, which could fit into a can of soda, Bunn said. Three soda cans full of highly-enriched uranium would provide enough nuclear material to produce a bomb of similar destructive power. The Department of Energy has determined that a nuclear weapon could be fashioned from just 4 kilograms of plutonium.

With an estimated 2,000 metric tons of plutonium and highly enriched uranium scattered across about 40 countries, and increasing know-how in building nuclear weapons (the technology has been evolving for more than 60 years and some instruction could be found on the Internet), the bad guys are getting better odds of succeeding in their nuclear armament dreams.

It's not just nation states, such as Iran, and Burma who are looking to create stores of weapons-grade material.

Al Qaeda and other terrorist groups, as well as despots around the world, are looking to acquire nuclear materials from enterprising nuclear smugglers.

In February 2006, Oleg Khinsagov, a Russian national, was arrested in Georgia in the possession of 79.5 grams of weapons-grade uranium. His intent was to sell the bomb material to Muslim buyer fronting for a "serious organization" for $1 million.

In November 2007, the South African Nuclear Energy Corp. Facility at Pelindaba was breached by intruders who appeared intent on accessing weapons-grade nuclear material. ( Watch the 60 Minutes episode on this security breach. )

More recently, the president of Georgia, Mikhail Saakashvili claimed to the Associated Press that a shipment of highly enriched uranium coming from the Caucasus region of southeast Europe was intercepted and seized in his country. He blamed Russia for giving nuclear smugglers room to operate in the region. Russian officials denied the charges.

Nearly 80 percent of the national security experts surveyed in 2005 said that a nuclear attack would be mostly likely to originate with a terrorist group.

More recently, John Brennan, White House chief counterterrorism adviser, said that nuclear terrorism is a serious threat. "Al Qaeda is especially notable for its longstanding interest in weapons of useable nuclear material and the requisite expertise that would allow it to develop a yield-producing improvised nuclear device," he said.

"A nuclear bomb is at the high end of plausibility of what a terrorist group could do," Bunn said. We know very little about what capabilities they might be able to put together. They could recruit someone from a nuclear weapons program to help or acquire the necessary knowledge in other ways."

Crude bombs could be made without classified knowledge, but they would have a higher probability of success if they had someone who knows how to machine uranium for bomb parts, Bunn said. "They don't need an Oppenheimer," he added. J. Robert Oppenheimer was the scientific director of the Manhattan Project that developed the first nuclear weapons.

However, a dirty bomb of "mass disruption" is a more likely near-term scenario than a nuclear bomb of "mass destruction" detonation. A dirty bomb uses conventional explosives, such as dynamite, to disperse more readily available radioactive materials in the form of powder and pellets. Such a bomb would cause significant panic and economic disruption, Bunn said, but there is no danger of incinerating a city.

Similarly, a non-radioactive device, such as the failed Times Square bomb using off-the-shelf parts such as propane tanks, fireworks and fertilizer, wouldn't cause significant damage but creates an atmosphere of fear and uncertainty.

Reducing the odds of nuclear cataclysm

In a report, "The Risk of Nuclear Terrorism -- and the Next Steps to Reduce the Danger," Bunn wrote: "Building the overall system of legal infrastructure, intelligence, law enforcement, border and customs forces, and radiation detectors needed to find and recover stolen nuclear weapons or materials, or to interdict these as they cross national borders, is an extraordinarily difficult challenge."

He maintains the primary focus should be on securing and accounting for nuclear weapons and material caches, reducing the chance for theft or illicit use.

"Certainly, we should be working to make it as difficult as possible to smuggle nuclear material across borders, but it's like a football team defending on the one-yard line and the field is 1,000 miles long and most of it is unguarded," Bunn said. "We have to focus on locking the stuff down at the site. Once it leaves the facility, it could be anywhere.

"For example, a bomb using illicit nuclear material could be transported in pieces and motored up the Potomac River in a yacht. You end up with variations of looking for a needle in a haystack. We shouldn't put too much reliance on stopping things with other layers of defense," Bunn said.

Graham Allison, director, Belfer Center for Science and International Affairs at Harvard, believes that locking down all nuclear weapons and material as "securely as gold in Fort Knox" can reduce the chance of a "nuclear 9/11" to almost zero.

Efforts over the last 65 years haven't resulted in a Fort Knox lockdown of arms and material, however. President Obama has established a four-year window to secure all stocks of nuclear weapons and materials. Work is underway by the U.S. and partners to remove or eliminate highly-enriched uranium from facilities around the world. Bunn contends that cost should not be an issue. He figured that the cost to secure nuclear weapons and material worldwide over the next four years would be less than $10 billion.

Hellman recommends a drastic reduction in the store of nuclear warheads, from the estimated 20,000 today to less than 500 as the way to increase the odds that a baby born today will have better odds than 50-50 of living out his or her natural life.

"We need to reduce the risk by 99.9 percent," Hellman said. "If we keep progressing at this pace, we will destroy ourselves before we get to a safe state."