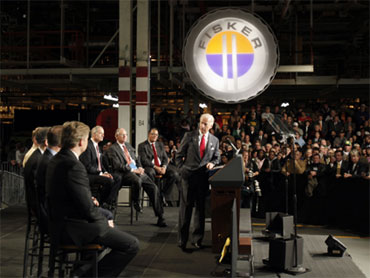 The National Security Agency's Internet site has been placing files on visitors' computers that can track their Web surfing activity despite strict federal rules banning most of them.

These files, known as "cookies," disappeared after a privacy activist complained and The Associated Press made inquiries this week, and agency officials acknowledged Wednesday they had made a mistake.

Nonetheless, the issue raises questions about privacy at a spy agency already on the defensive amid reports of a secretive eavesdropping program in the United States.

"Considering the surveillance power the NSA has, cookies are not exactly a major concern," said Ari Schwartz, associate director at the Center for Democracy and Technology, a privacy advocacy group in Washington, D.C. "But it does show a general lack of understanding about privacy rules when they are not even following the government's very basic rules for Web privacy."

Until Tuesday, the NSA site created two cookie files that do not expire until 2035 — likely beyond the life of any computer in use today.

Don Weber, an NSA spokesman, said in a statement Wednesday that the cookie use resulted from a recent software upgrade. Normally, the site uses temporary, permissible cookies that are automatically deleted when users close their Web browsers, he said, but the software in use shipped with persistent cookies already on.

"After being tipped to the issue, we immediately disabled the cookies," he said.

Cookies are widely used at commercial Web sites and can make Internet browsing more convenient by letting sites remember user preferences. For instance, visitors would not have to repeatedly enter passwords at sites that require them.

But privacy advocates complain that cookies can also track Web surfing, even if no personal information is actually collected.

In a 2003 memo, the White House's Office of Management and Budget prohibits federal agencies from using persistent cookies — those that aren't automatically deleted right away — unless there is a "compelling need."

A senior official must sign off on any such use, and an agency that uses them must disclose and detail their use in its privacy policy.

Peter Swire, a Clinton administration official who had drafted an earlier version of the cookie guidelines, said clear notice is a must, and `vague assertions of national security, such as exist in the NSA policy, are not sufficient."

Daniel Brandt, a privacy activist who discovered the NSA cookies, said mistakes happen, "but in any case, it's illegal. The (guideline) doesn't say anything about doing it accidentally."

The Bush administration has come under fire recently over reports it authorized NSA to secretly spy on e-mail and phone calls without court orders.

Since The New York Times disclosed the domestic spying program earlier this month, President Bush has stressed that his executive order allowing the eavesdropping was limited to people with known links to al Qaeda.

But on its Web site Friday, the Times reported that the NSA, with help from American telecommunications companies, obtained broader access to streams of domestic and international communications.

The NSA's cookie use is unrelated, and Weber said it was strictly to improve the surfing experience "and not to collect personal user data."

Richard M. Smith, a security consultant in Cambridge, Mass., questions whether persistent cookies would even be of much use to the NSA. They are great for news and other sites with repeat visitors, he said, but the NSA's site does not appear to have enough fresh content to warrant more than occasional visits.

The government first issued strict rules on cookies in 2000 after disclosures that the White House drug policy office had used the technology to track computer users viewing its online anti-drug advertising. Even a year later, a congressional study found 300 cookies still on the Web sites of 23 agencies.

In 2002, the CIA removed cookies it had inadvertently placed at one of its sites after Brandt called it to the agency's attention.

Firefighters capture video of a "firenado"
Thanks for reading CBS NEWS.
Create your free account or log in
for more features.
View CBS News In
CBS News App Open
Chrome Safari Continue
Be the first to know
Get browser notifications for breaking news, live events, and exclusive reporting.