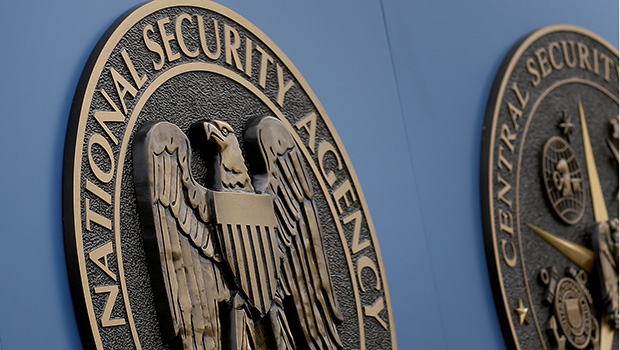 WASHINGTON -- The National Security Agency's (NSA) ability to collect the phone records of Americans in bulk expired late Sunday night, despite the Senate having begun a debate to reform the program.

In an unusual Sunday congressional session, lawmakers' arguments to extend the surveillance and anti-terror provisions in the Patriot Act expire failed, although the expiration of program will likely be temporary.

Lawmakers voted to begin debate on the USA Freedom Act, which would place an end to the government's bulk collection of phone records but still let authorities access records from the phone companies. The procedural measure needed 60 votes to pass.

The House passed the reform legislation earlier this month, but the Senate blocked the bill and several short-term extensions of the existing program, which is part of the Patriot Act, last weekend. Senate Majority Leader Mitch McConnell, R-Kentucky, opposes the bipartisan USA Freedom Act and urged his colleagues to pass a simple extension of the program, at least temporarily.

McConnell set up another procedural vote on the legislation for Tuesday.

But after a week and facing the June 1 deadline for the program to expire, McConnell was not able to corral enough support to simply continue the NSA's surveillance, which is codified under Section 215 of the Patriot Act. Seventy-seven lawmakers voted to begin debate on the USA Freedom Act, versus 17 who opposed it, all Republicans. Six senators did not vote.

Still, the Senate will not be able to get the bill to President Obama's desk before midnight due to opposition from Paul. The Republican said Sunday that he would force the bulk phone data collection to expire. During a heated back and forth on the Senate floor Sunday afternoon, Paul defended his continued opposition.

"The people who argue that the world will end and we will be overrun by jihadists tonight are trying to use fear. They want to take just a little bit of your liberty but they get it by making you afraid," Paul said. "They tell you if you have nothing to hide, you have nothing to fear. That's a far cry from the standard we were founded upon -- innocent until proven guilty."

McConnell was visibly angry with Paul, who he has endorsed for president. Without referencing the junior Kentucky senator by name, McConnell accused him of a "campaign of disinformation" for suggesting that the NSA is collecting more data about Americans that the administration lets on. McConnell said a total expiration of the Patriot Act would be "worrying" and a "totally unacceptable outcome."

McConnell's move to extend the debate over NSA surveillance to the deadline gave Paul an opening to talk about an issue about which he's been passionate for years. Minority Leader Harry Reid, D-Nevada, jumped at the chance to point it out on the Senate floor, saying, "We're not in the mess today because of the Junior Senator from Kentucky! We are in the mess we are today because of the Majority Leader. The Majority Leader should have seen this coming. Everyone else did. Even those in his own party!"

McConnell wasn't the only Republican who made their irritation with Paul known today. During an hour-long debate earlier in the afternoon, Sen. Dan Coats, R-Indiana, tried to run out the clock so Paul wouldn't have a chance to speak. He called Paul's beliefs on NSA surveillance as "a bunch of hokum" and "falsehoods." When Paul tried to make a speech anyway, Sen. John McCain, R-Arizona, tried to block him from speaking, saying, "Obviously people don't know the rules of the Senate!"

Later, McCain told reporters that Paul had "a higher priority for his fundraising and political ambitions than for the security of the nation," a reference to the numerous fundraising appeals Paul's campaign sent out as he spoke. After a filibuster on the NSA issue last week that drew similar accusations, Paul denied it was a fundraising tactic.

Two other provisions of the Patriot Act will also temporarily expire at midnight: one that helps the government track "lone wolf" terrorism suspects, and another that makes it easier for them to track suspects who frequently change cell phones. The USA Freedom Act would extend both provisions without changes.

Democratic Leader Nancy Pelosi was critical of Republicans when the act did not pass Sunday.

"Tonight, as Senate Republicans fail to pass the USA Freedom Act and allow the expiration of national security tools, it is clear Republicans' recklessness and ineptitude has reached new and dangerous depths," she said in a statement.

Earlier in the day, CIA Director John Brennan defended the program in an interview on CBS' "Face the Nation."

"The tools that we had under the Patriot Act, those ways that we are able to monitor their activities, really have helped stop attacks. These tools are all part of a package of safeguards that have been put in place," Brennan said. "Unfortunately, I think that there has been a little too much political grandstanding and crusading for ideological causes that have skewed the debate on this issue. But these tools are important to American lives."

If the program expires, Brennan warned that homeland security and intelligence officials will not be able to track terrorists who are trying to carry out attacks, though "we will be working as hard as we can to protect the American people."