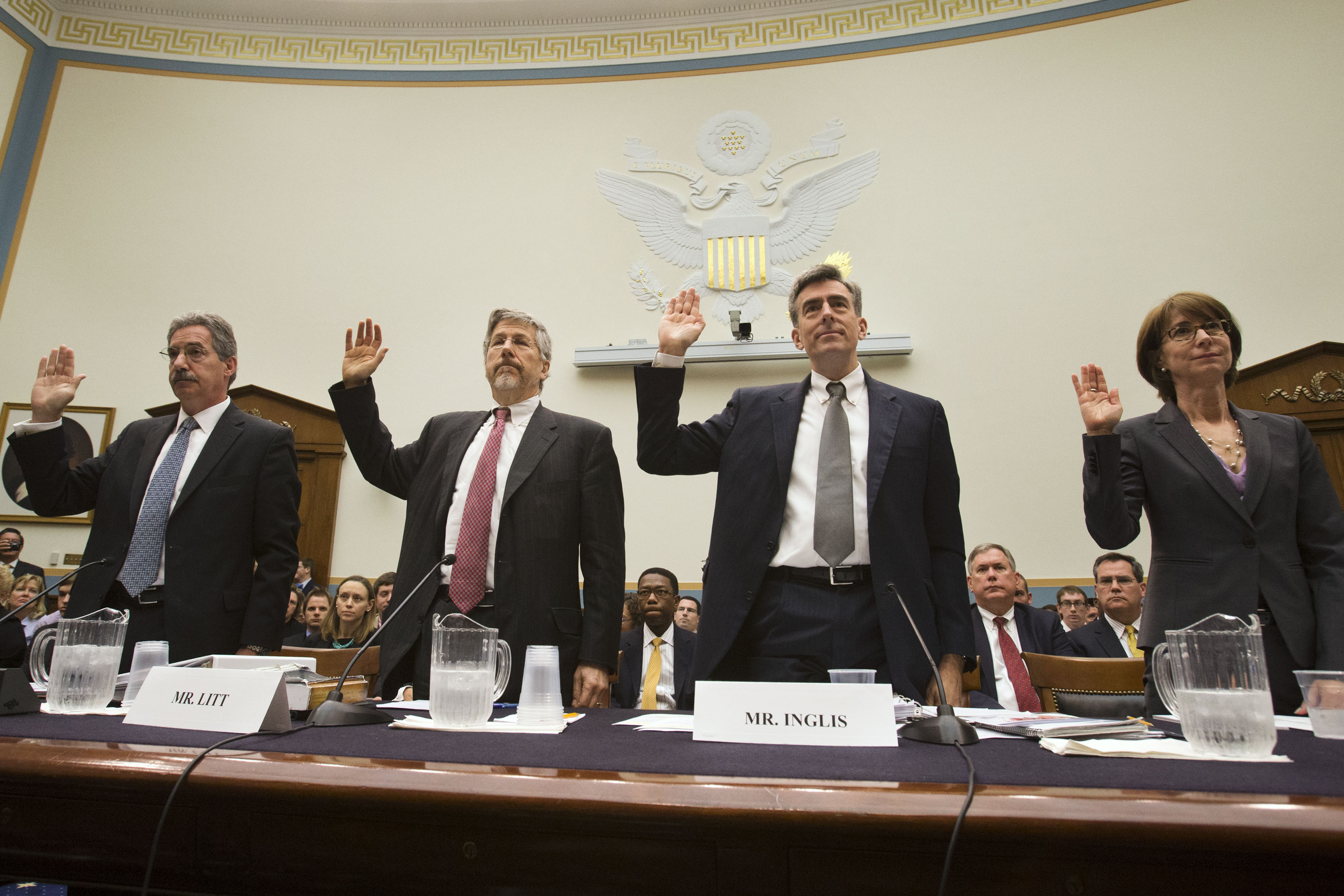 Fending off skepticism from the lawmakers on the House Judiciary Committee, officials with the the National Security Agency and the Justice Department insisted again on Wednesday that recently revealed government surveillance programs are necessary to protect America from terrorism, and that the programs have been approved by Congress and rigorously overseen by all three branches of government.

Since their unauthorized disclosure in early June by former NSA contractor Edward Snowden, the two programs under scrutiny - one that gathers data on Americans' internet use and another that gathers data on foreigners' Internet use - have drawn flak from opponents who say that the executive branch has overstepped its authority in gathering intelligence.

"We never, at any point during this debate, have approved the type of unchecked, sweeping surveillance of United States citizens employed by our government in the name of fighting the war on terrorism," said Rep. John Conyers, D-Mich., the top Democrat on the House Judiciary Committee.

"If the government cannot provide a clear, public explanation for how its program is consistent" with laws passed by Congress, Conyers added, "then it must stop collecting this information immediately."

Conyers also objected to the administration's "track record" in responding to criticism of the surveillance programs, saying several officials have been less than truthful in their public statements, some of which they've since had to retract or correct.

Deputy Attorney General James Cole defended the administration. "We take very seriously our responsibility to the American people to implement these programs in a manner that complies with all laws and the constitution," he said, arguing that the two programs under scrutiny have struck the proper balance between a right to privacy and a need for security.

Cole explained that both programs were authorized under laws passed by Congress, including the Patriot Act, the Foreign Intelligence Surveillance Act (FISA), and subsequent FISA amendments. He further pointed out that all three branches of government regularly approve and oversee the programs' activity.

NSA deputy director John Inglis emphasized the strict limits on the two surveillance programs, saying that the government can only search the telephone data gathered for further detail if it has a "reasonable, articulable" suspicion that one of the telephone numbers under scrutiny is connected to terrorism. The telephone program gathers only call duration and phone numbers, known as "metadata" and Inglis said that only 22 people at the NSA are allowed to approve a deeper search of the database that goes beyond the metadata and into the content of calls.

On the Internet surveillance program, Inglis emphasized that the government can only target non-U.S. citizens currently believed to be outside the United States.

Inglis said that "over 100 nations" are capable of executing the kinds of surveillance capabilities being discussed at the briefing, and he expressed confidence that "our nation is among the very best in protecting privacy and civil liberties."

House Judiciary Committee chairman Rep. Bob Goodlatte, R-Va., threw the witnesses a bone at the outset of the hearing, noting that "both of these programs are operated pursuant to statutory provisions" previously passed by Congress.

Rep. Randy Forbes, R-Va., worried that the government's huge database of information could be abused for political purposes in the future. "That's exactly what the American people are worried about," he said. "They're understanding that if you collect that amount of data, people can get access to it in ways that can harm them."

The administration has pointed out that members of Congress have been afforded numerous opportunities to attend classified briefings to better understand the surveillance programs, but Conyers said those opportunities were insufficient.

"That is not sufficient since we're in a catch-22 situation in a classified briefing in a secure setting and we cannot discuss it publicly," he said. "But if we skip the briefing, we risk being uninformed and unprepared."

"One simple solution to this problem would be to publicly release significant FISA court opinions or at the very least unclassified summaries of these opinions," he said.

Goodlatte, attending to Conyers' concerns about declassification, asked the witnesses why the programs and their legal justification were not declassified earlier, before they were leaked.

Robert Litt, the general counsel for the Office of the Director of National Intelligence explained that the programs would have been less effective at gathering critical intelligence if the government publicly acknowledged their existence. "A judgment was made that to disclose the existence of this program would, in fact, have provided information to people who were seeking to avoid our surveillance," he said.

Rep. Ted Poe, R-Texas, said that some members of Congress would have remained in the dark about the surveillance programs were it not for Snowden's decision to leak them. "Snowden, I don't like him at all, but we would never have known what happened if he hadn't told us," he said.

Rep. James Sensenbrenner, R-Wis., a key author of the original Patriot Act who has since raised concerns about the breadth and depth of government surveillance, warned the witness panel that "there are not the votes in the House" to reauthorize several of the surveillance programs when they are due for renewal in 2015. He urged the officials to consider amending the programs before they lose them altogether.