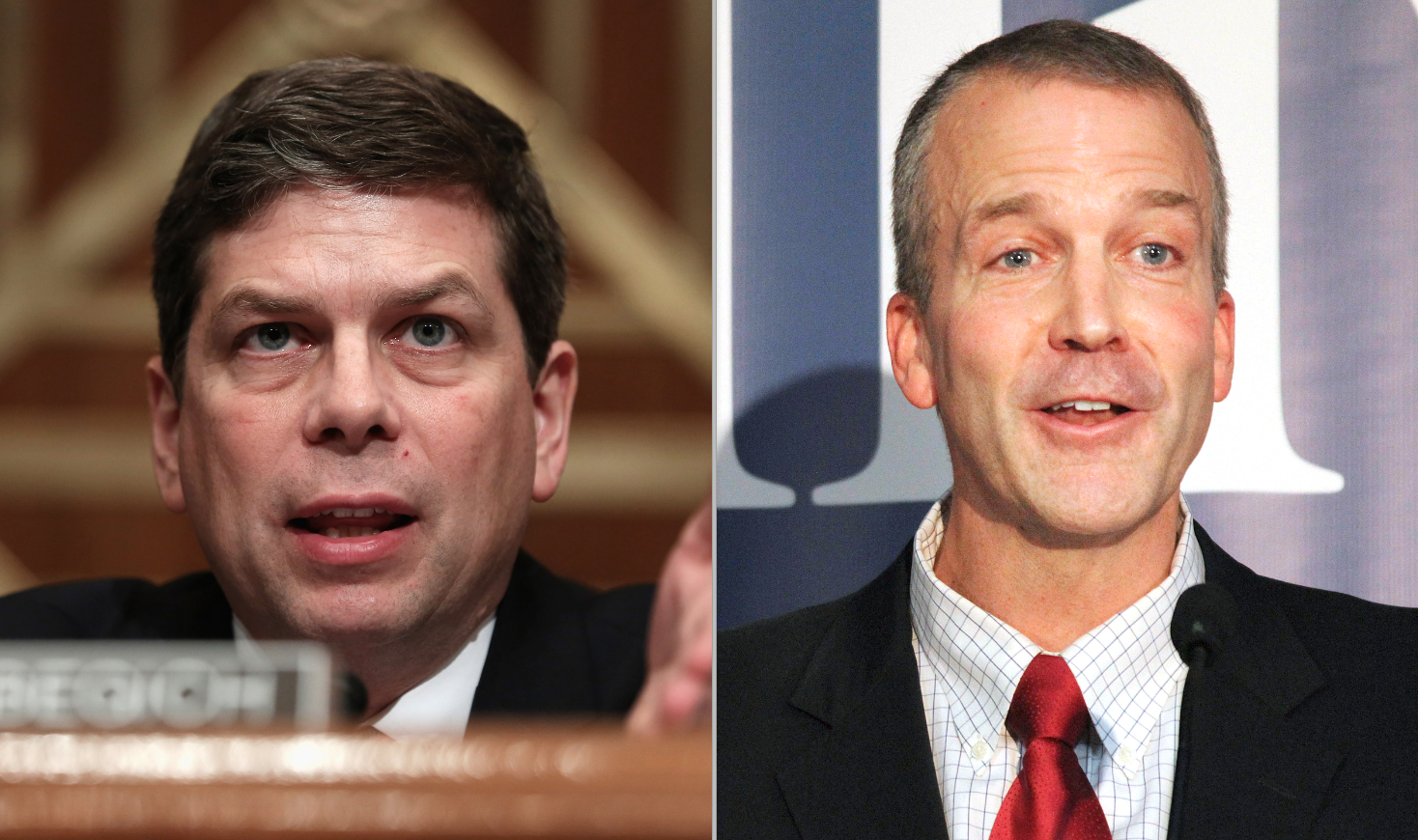 JUNEAU, Alaska -- The National Rifle Association (NRA) has decided to not endorse either candidate in Alaska's U.S. Senate race, with a spokesman saying Wednesday that Democratic Sen. Mark Begich's support of two Supreme Court nominees opposed by the group cost him an endorsement.

Still, the NRA's decision to not throw its weight behind Begich's Republican opponent, Dan Sullivan, could aid the Democrat's effort to retain his seat. Sullivan has enjoyed a modest lead in recent polling, with a CBS News/New York Times estimate released earlier this month showing the Republican ahead 44 to 38 percent.

The announcement came after the group's political arm reported in recent filings with the Federal Election Commission that it made ad buys in several prominent U.S. Senate races across the country, including Colorado, Arkansas, and North Carolina.

In Alaska, the NRA gave Begich an A-minus rating and his Sullivan an A-q. The "q" means the grade is qualified because Sullivan has no voting record, NRA spokesman Andrew Arulanandam said. Grades in those cases are based, in part, on answers provided in questionnaires. Sullivan, a former state attorney general and Natural Resources commissioner, is making his first run for public office.

Arulanandam said Begich would have gotten a higher grade and the NRA's endorsement if he had not voted for President Barack Obama's Supreme Court nominees, Justices Elena Kagan and Sonia Sotomayor. Both were opposed by the NRA.

On gun votes, Begich has stood with NRA members 100 percent of the time, Arulanandam said.

After a deadly shooting at Sandy Hook Elementary School in Newtown, Connecticut, Arulanandam noted, Begich did not bow to pressure, even from within his own party, to support tighter background checks for buyers and a ban on assault weapons. Both of those proposals ultimately failed.

At the time, Begich said lawmakers should focus on improving mental health care rather than new gun control measures.

"That certainly didn't go unnoticed by gun owners all across the country," Arulanandam said.

Begich and Sullivan have each brandished their support for the Second Amendment during the campaign. A new Sullivan ad features Elaina Spraker, who is identified as a firearms instructor and expresses frustration with Begich.

"How do you vote for Barack Obama's anti-gun judges and still say you support the Second Amendment?" she asks. The ad ends with a picture of Sullivan helping one of his daughters as she takes aim with a rifle.

"Dan Sullivan is proud to have the support of gun owners and NRA members from across Alaska who are fed up with Mark Begich's votes for President Obama's anti-gun judicial nominees," Sullivan spokesman Mike Anderson said in an emailed statement.

Begich countered that gun ownership in Alaska "means hunting to put food on the table, self-defense and recreation," and he touted his healthy rating from the NRA as evidence of his commitment to Second Amendment rights.

"One of the strongest differences between my opponent and me are our records," he said, "and my rating from the NRA reflects that."

Answering the critique about his support for Mr. Obama's high court nominees, Begich said he always considers a broad set of issues, including Alaskans' right to privacy from government wiretapping and the need to protect the rights of Alaska's women.

At the time of Sotomayor's confirmation in 2009, Begich said he made clear Alaskans' strongly held views on the right to bear arms and said he was convinced she would not be an activist judge. In 2010, the senator made similar comments about Kagan.

The NRA even deployed a $4 million dollar ad blitz last week in support of its favored candidates in those races. One ad, in Arkansas, praises Cotton's record on guns, saying Cotton "will stand up to President Obama's extreme gun control agenda."

The ad makes no mention of Pryor. And though he was denied the NRA's endorsement, the group has previously praised the incumbent's record on gun issues.

Pryor, like Begich, opposed the gun control measures pushed in the wake of Newtown. His opposition, at the time, earned him a "thank you" from the NRA, which ran ads praising Pryor's willingness to buck the consensus in his party on the issue.

But it wasn't enough for Pryor to net the NRA's endorsement. Arulanandam told CBS News in an interview last week that the group's endorsements "are based on complete voting records, they're not just based on one vote."