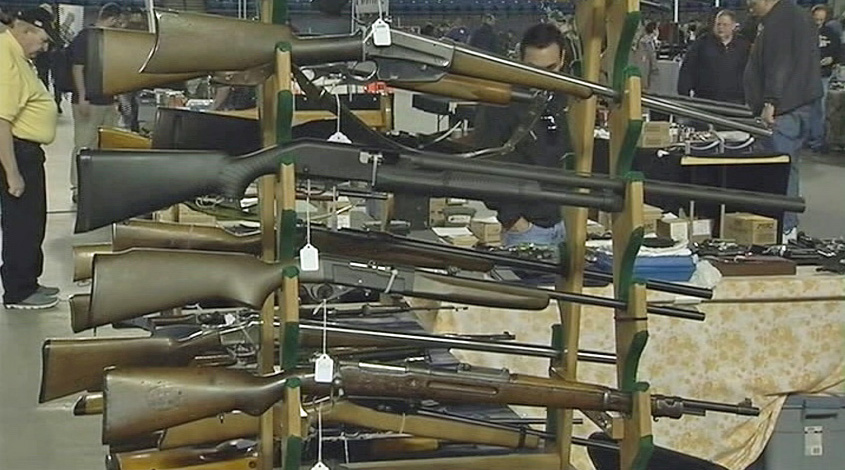 SEATTLE - Three gun rights groups, including the National Rifle Association, sued the city of Seattle on Monday over its adoption of a so-called "gun violence tax," a tax on firearms and ammunition designed to help offset the financial toll of gun violence.

The complaint was filed Monday in King County Superior Court by the NRA, the Bellevue-based Second Amendment Foundation and the National Shooting Sports Foundation, along with two gun owners and two gun shops. It called the tax legally unenforceable because Washington state prohibits local governments from adopting laws related to firearms unless those local ordinances are specifically authorized by the state.

The Seattle City Council unanimously approved the tax this month, along with a companion measure requiring gun owners to file reports if their weapons are stolen or lost. The lawsuit does not challenge the reporting requirements.

"The NRA does this all across the country whenever they feel that anyone is trying to regulate firearms, and that's not what we're doing here," Burgess said. "We're using the city's taxing authority, which is granted to us by the Washington Constitution and the Legislature."

"We took a simple and commonsense measure to support gun safety research and prevention methods," he added. "It's not in any way an attempt to regulate the sale, use or possession of firearms."

Officials modeled the tax after a similar one in Chicago's Cook County, Illinois; the NRA said Chicago is the only other city with such a measure. Seattle's tax, which would take effect in January, would add $25 to the price of each firearm sold in the city, plus 2 or 5 cents per round of ammunition, depending on the type. The revenue would be used for gun safety research and gun violence prevention programs.

Between 2006 and 2010, there were on average 131 firearms deaths a year in King County, according to Public Health-Seattle and King County. An additional 536 people required hospitalization for shooting injuries during that time.

According to Burgess, the direct medical costs of treating 253 gunshot victims at Harborview Medical Center in 2014 totaled more than $17 million. Taxpayers paid more than $12 million of that. City officials estimate that the new tax would bring in $300,000 to $500,000 a year, but gun shop owners told council members those numbers were inflated. They said the law would cost them customers and sales and could force them to move out of the city.

This isn't the first time Seattle has imposed laws related to guns in recent years. In 2009, Seattle banned guns in city parks and community centers. The Second Amendment Foundation and the NRA successfully sued to block it.

"It's very different from the 2009 case," he said, adding that the new law is simply a tax on guns and bullets.

"Our tax legislation that we passed does not in any way control the sale, purchase, possession, or use of firearms," said Burgess. "This is done under our taxing authority. And that's a legal principle that has not yet been tested in Washington law."

"The city does not seem to understand that no matter how they wrap this package, it's still a gun control law and it violates Washington's long-standing pre-emption statute," Gottlieb said in a news release.