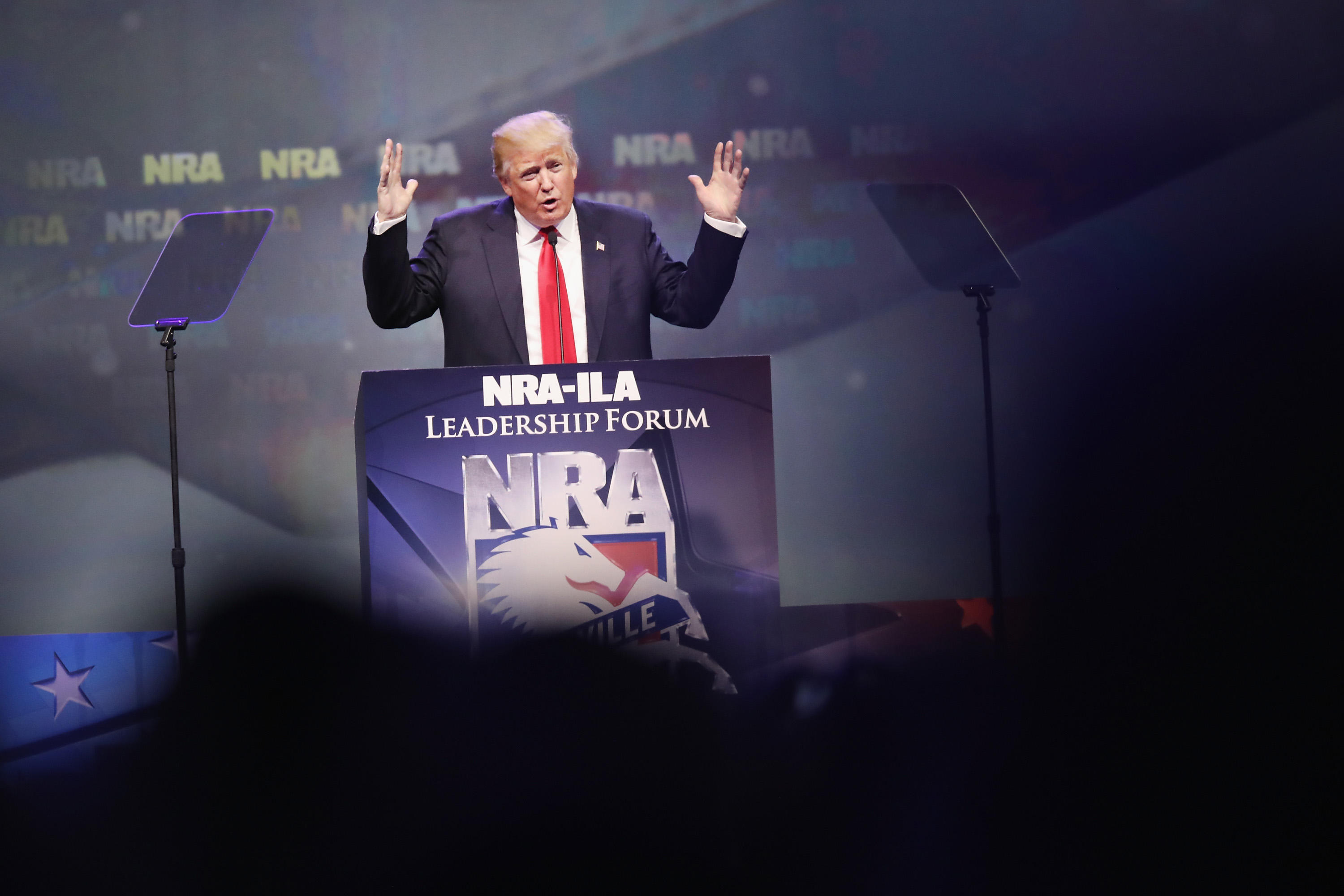 The National Rifle Association is upping its advertising game with just one month until the general election, boosting Donald Trump with its largest television ad buy to date.

The TV campaign, which starts Wednesday and is expected to run until Oct. 24, features a woman named Kristi McMains, a 26-year-old who fought back an attacker in a parking garage with the pistol she carried in her purse.

The NRA is spending $6.5 million to run the ad on broadcast networks in the battleground states of Ohio, Nevada, North Carolina, Pennsylvania, and Virginia, according to Jennifer Baker, spokeswoman for the gun rights organization’s political arm.

Baker told CBS News that the approach to advertising this election cycle -- where the group has spent $17 million so far on pro-Trump television ads alone -- is an unusual one. Compared to the 2012 election (where the NRA clocked in about $12 million for its TV ad budget), the organization is more aggressively targeting undecided voters.

“We’ve done our advertising a little bit different than in the past,” Baker said, noting that in previous cycles, a simple endorsement and an NRA rating for their preferred candidate has been effective in rallying members to the cause. But for 2016, “we’ve really tried to touch voters outside of that group who may be on the fence.”

It’s especially important to spend the money, Baker adds, because the NRA recognizes “we are the only group that has done sustained and significant advertising on behalf of Trump.”

“We’re really trying to fill that gap in our advertising,” she said.

The latest ad with McMains -- a figure that cuts across two demographics Trump has had some trouble drawing to his side (young voters and female voters) -- is part of that expanded ad push.

You can watch the full video here:

In the 30-second spot, McMains discusses why she believes Trump is the best choice for the Oval Office, pointing to her own experience owning a gun.

“A man attacked me in a parking garage tried to stab me with an eight-inch knife,” she says in the ad, speaking directly into the camera. “But I carry a pistol. I fight back. That’s why I’m still here.”

She goes on to blast Hillary Clinton, who has advocated for “common sense gun laws” including expanded background check legislation.

“Every woman has the right to defend herself with a gun if she chooses,” she adds. “Hillary Clinton disagrees with that. Don’t let politicians take away your right to own a gun.”

Trump, on the other hand, “supports my right to own a gun,” McMains concludes. “Defend your rights. Vote Donald Trump for president.”

McMains described her ordeal in greater detail in a Fox News opinion piece posted a few months after the February attack. The young attorney described being stalked into an elevator and then running to her car to try to escape her attacker, who tackled her and “stabbed at me with a knife, clamped his hand over my mouth multiple times, and repeatedly tried forcing me in the passenger seat of my car while telling me, ‘We’re going.’”

She said she “fought like hell for my life before reaching for my gun,” scratching and fighting her attacker before ultimately shooting him.