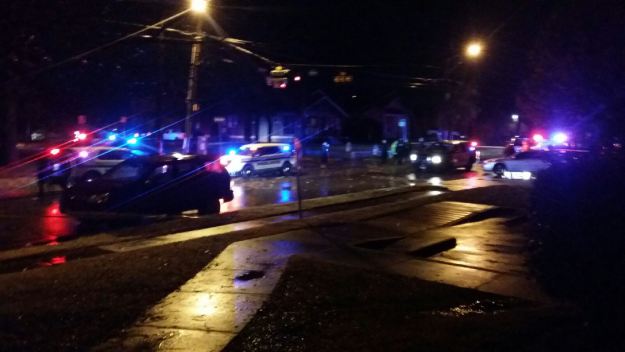 DENTON - A University of North Texas police officer shot and killed a man accused of smashing windows with an axe inside a Denton parking garage early Sunday.

The victim has been identified as 21-year-old Ryan McMillan, a UNT student from Fort Worth, reports CBS Dallas. The shooting happened around 12:30 a.m. close to the U Centre Apartments. Records indicate McMillan turned 21 on Saturday.

"This is a tragic day for our university family," UNT President Neal Smatresk said in a statement. "We offer our condolences to the individuals, their families and all involved."

UNT officers initially responded to the call, because Denton Police were busy with other calls, investigators said. When the UNT officer arrived, he found the man in the parking garage with an ax in his hand. The officer told the man to drop the ax, but the suspect refused and ran out into the street.

The officer opened fire, striking the man as many as four or five times, according to witnesses interviewed by the North Texas Daily newspaper.

The suspect was taken to a local hospital but later died.

Since the shooting was officer-involved, the Texas Rangers have been brought in to assist in the investigation, officials said.

"The officer will be placed on administrative duty, pending the outcome of the investigation," Smatresk said in his statement. "According to UNT Police Chief Ed Reynolds, our police department is cooperating fully in the investigations being conducted by the Texas Rangers and the Denton Police Department."