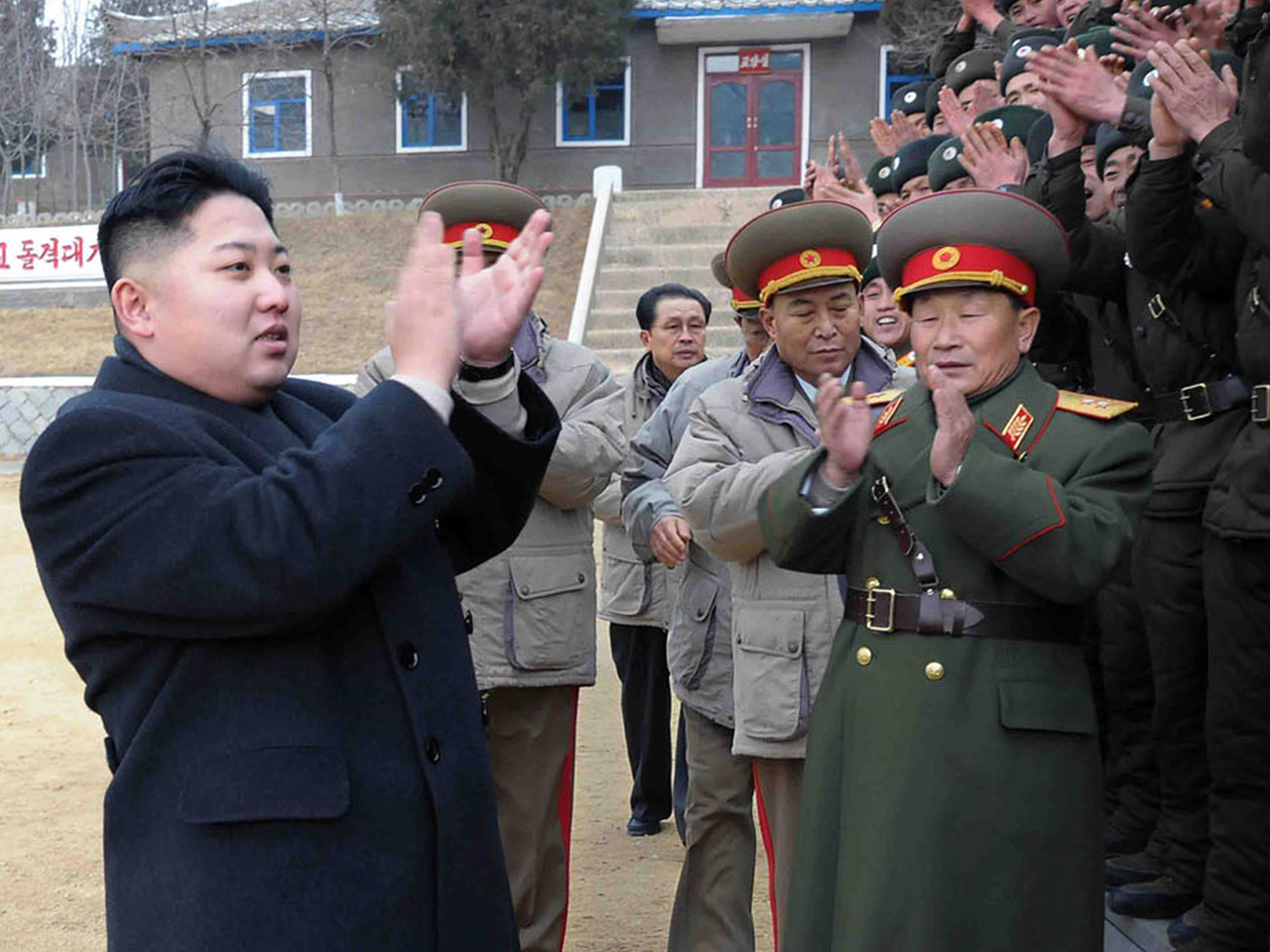 (AP) PYONGYANG, North Korea - North Korean leader Kim Jong Un has been granted the title of marshal, state media reported Wednesday, cementing his status at the top of the authoritarian nation's military as he makes key changes to the 1.2 million-man force.

The decision to award another title to Kim, who already serves as supreme commander of the Korean People's Army, was made Tuesday by the nation's top military, government and political officials, state media said in a special bulletin.

The formal move comes seven months into Kim's rule and follows several days of reshuffling at the highest levels of the military.

Army chief Ri Yong Ho, a high-ranking figure in both political and military circles and seen as a close adviser to Kim, was dismissed from all posts, the North announced Monday. The government said, without elaborating, that Ri was ill, but there was widespread speculation abroad that he might have been purged.

It is still unclear who will replace Ri as chief of the army's General Staff, but Pyongyang announced Tuesday that a lesser-known general, Hyon Yong Chol, had been promoted to vice marshal. Three other military officials have been named to that rank since Kim took power in December. Ri was named vice marshal in 2010.

The leader's new title is "another brick in the wall of consolidating Kim Jong Un's power, across party, state and military institutions," said John Delury, a North Korea analyst at Yonsei University in South Korea. "In the wake of Ri's stepping down, it takes on added significance. Titles, of course, do not ensure authority. But the regime would appear to be closing ranks around their young leader."

Kim took over as North Korea's leader following the death of his father, longtime leader Kim Jong Il, and has continued to maintain his father's policy of "songun," or military first.

Kim Jong Il held the title marshal until he was posthumously made "generalissimo" — the nation's top military title — in February, shortly before what would have been his 70th birthday. He had been named marshal 20 years earlier when North Korea founder Kim Il Sung was promoted to generalissimo.

In April, Kim Jong Un received a slew of other top posts, including first chairman of the powerful National Defense Commission, first secretary of the ruling Workers' Party, chairman of the party's Central Military Commission and a member of the Presidium of the Political Bureau. In December, Kim was made supreme commander of the military.

It remains unclear how the military reshuffle will affect North Korea's tense relationship with its neighbors and the United States, which stations more than 28,000 troops in ally South Korea.

The South Korean and U.S. militaries have stepped up their monitoring of North Korea's military in the wake of Ri's dismissal, but they've seen no suspicious activities, according to Seoul's Defense Ministry. It gave no further details.