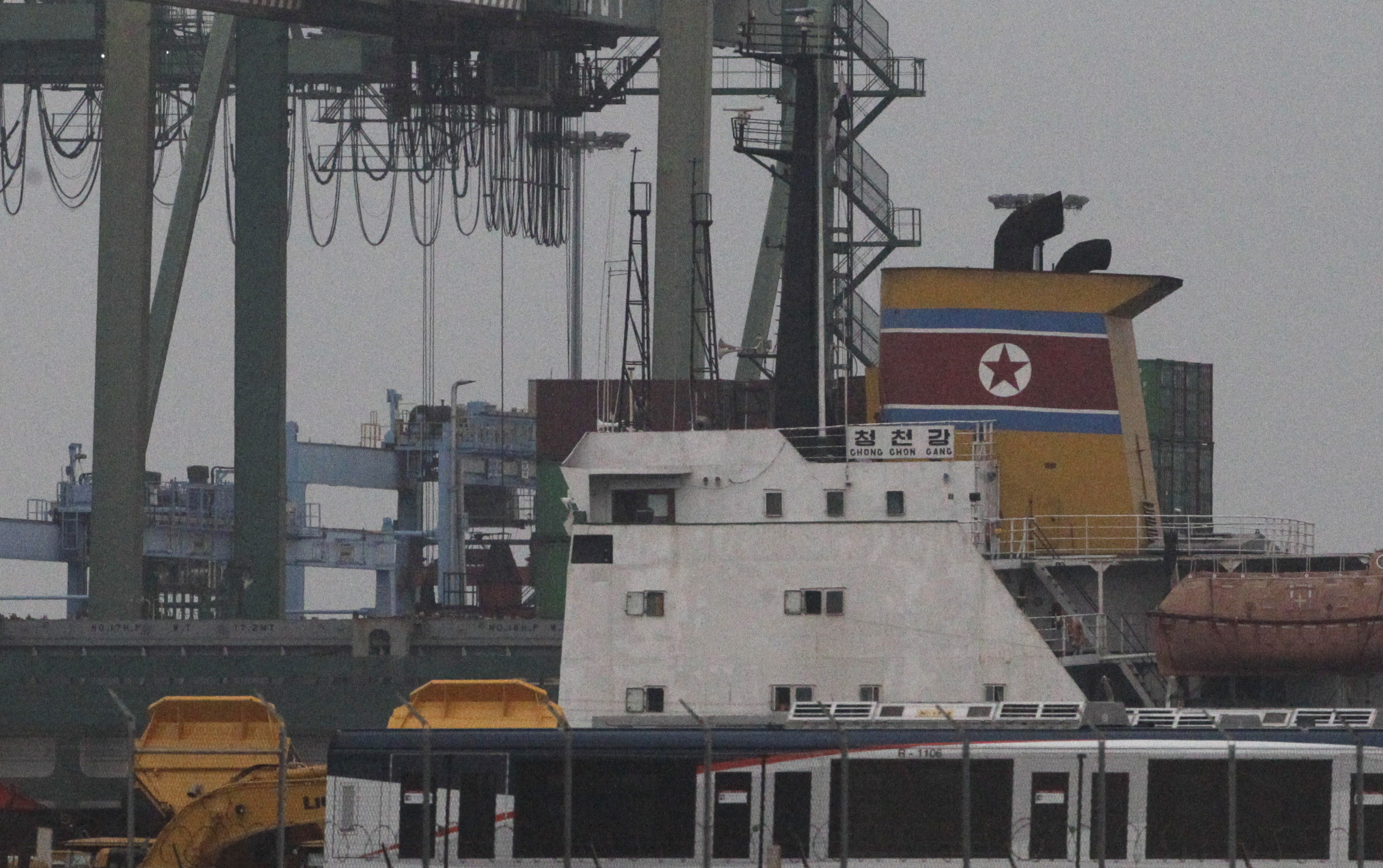 PANAMA CITY Panama's president said the country has seized a North Korean-flagged ship carrying what appeared to be ballistic missiles and other arms that had set sail from Cuba.

Panamanian President Ricardo Martinelli told RPC radio on Monday that the ship had been headed for North Korea.

There were no immediate details on the quantity of arms aboard.

Martinelli said the undeclared military cargo appeared to include missiles and non-conventional arms. He said the ship was violating United Nations resolutions against arms trafficking.

Earlier, the president said on his Twitter account that the arms were "hidden in containers underneath the cargo of sugar."

He offered no details but posted a photo of what appeared to be a green tubular object sitting inside a cargo container or the ship's hold.

Hugh Griffiths, an arms trafficking expert at the Stockholm International Peace Research Institute, said the seized ship is called Chong Chon Gang and has been on the institute's suspect list for some time.

He said the ship had been caught before for trafficking narcotics and small arms ammunition. It was stopped in 2010 in the Ukraine and was attacked by pirates 400 miles off the coast of Somalia in 2009.

Griffiths' institute has also been interested in the ship because of a stop it made in 2009 in Tartus — a Syrian port city hosting a Russian naval base.

Griffiths also said the institute earlier this year reported to the U.N. a discovery it made of a flight from Cuba to North Korea that traveled via central Africa.

"Given the history of North Korea, Cuban military cooperation and now this latest seizure, we find this flight more interesting," he said. "After this incident there should be renewed focus on North Korean-Cuban links."

Martinelli told RPC the 35 North Koreans on the boat resisted police efforts to take the ship to the Caribbean port of Manzanillo. The crew was later taken into custody.

Martinelli said the captain had a heart attack and also tried to commit suicide during the operation.

He said authorities had been tipped off some days ago that the ship might be carrying drugs.