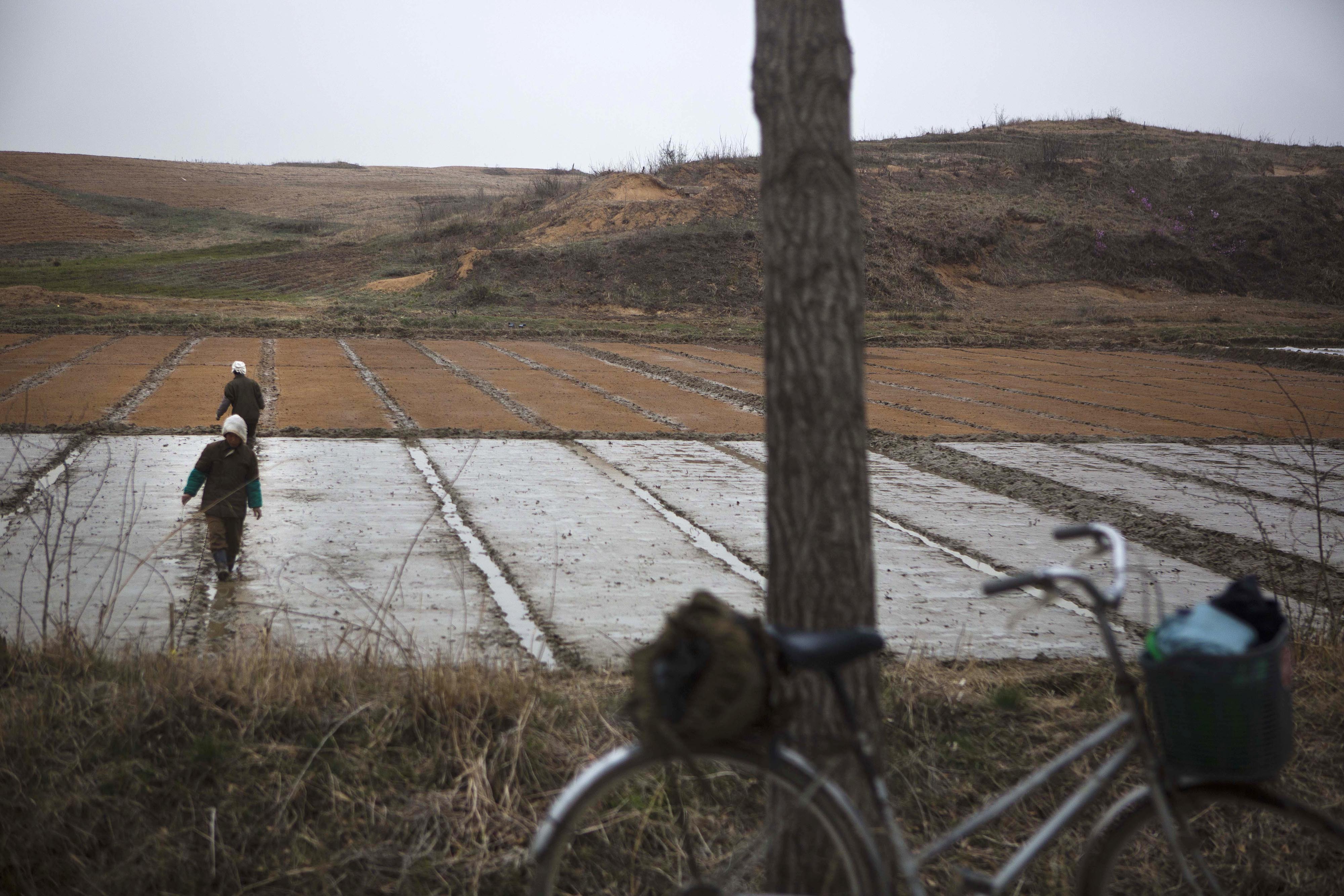 SASI-RIThe North Korean side of the Demilitarized Zone is a hive of activity — not of fighting, but of farming.

Beyond the barbed wire, ruddy-faced North Korean soldiers put down their rifles Wednesday and stood shoulder to shoulder with farmers as they turned their focus to another battle: the spring planting.

As neighboring nations remain on guard for a missile launch or nuclear test that South Korean and U.S officials say could take place at any time, the focus north of the border is on planting rice, cabbage and soybeans. In hamlets all along the DMZ, soldiers were knee-deep in mud and water as they helped farmers with the spring planting.

Along the boundary, hundreds of North Korean soldiers marched in a line with backpacks. On a hilltop above them in North Hwanghae province, Col. Kim Chang Jun said they were being dispatched to farms — but still prepared for war if need be.

"From the outside, it looks peaceful: farmers are out in the fields, children are going to school," he said. "But behind the scenes, they are getting ready for war. They're working until midnight but come morning, if the call comes, they'll be ready to go to battle."

To the east, inside the Joint Security Area that is the heart of the DMZ, a tense quiet hangs over the area that divides North from South. This is the spot that foreign tourists see, a stage where the observation decks, pavilions, meticulously pruned pine trees, cherry blossoms and azaleas belie the tanks and traps hidden from view along the 2.5-mile-wide (4-kilometer) buffer zone that divides the two Koreas.